Phil Mickelson flashed the faraway look of a man nearing a half-century of life, clearly pondering where the time went.

“It goes by fast,” he reminisced, glancing toward the rolling hills and towering pines beyond the Augusta National clubhouse.

Then, just like that, Lefty snapped out of it.

He’s got his sights on a fourth green jacket.

“I think I’ve got another major in me,” Mickelson said confidently. “At least one, maybe two. I would love to get one right here.”

The 100th round of his Masters career wasn’t all that memorable, a middling one-over 73 Friday in which he was forced to scramble mightily to overcome a wayward driver.

But it was enough to keep him in the thick of things after an opening-round 67, to give him a shot at becoming the oldest player to win one of golf’s major championships.

For a sport that can be a bit lethargic, needlessly complicated and way too stuffy, this remains one of its overwhelming charms.

On any given day, the old guys can still go swing-for-swing with all those buffed-up youngsters, giving us all a bit of hope as we approach middle age and beyond, clear evidence that our golden years don’t have to be confined to a rocking chair.

That’s especially the case at Augusta National, which embraces the geezers like a warm, comfy blanket.

“Every time I come here, I just feel like a kid again,” Mickelson said. “It’s so much fun.”

He’s already got one major title since entering his 40s, capturing the 2013 British Open at the age of 43. Now, with his 49th birthday a little more than two months away, there’s little doubt that he’s still got the game to win another.

“I expected to be a little bit better, to be honest,” said Mickelson, whose four-under 140 left him three shots off the lead. “But there’s nothing better than having a chance going into the weekend at the Masters, and that’s what I want to focus on. I know that I’m playing well enough.”

As with all sports, golf will always be a young man’s game.

A player is far more likely to win a major title in his 20s than his 40s.

But there’s a good three dozen members of the Over-40 Major Champions Club, and it seems only a matter of time before someone in their 50s break through to win one of the biggest events.

For now, the oldest to do it was Julius Boros, at the PGA Championship way back in 1968, when he was about four months past his 48th birthday. But Tom Watson very nearly captured the 2009 British Open at the age of 59, squandering a lead with a bogey on the 72nd hole and losing to Stewart Cink in a four-hole playoff.

Mickelson already has a victory this season, and it’s not at all far-fetched to envision him contending for a few more championships after he turns 49 on June 16 – which just happens to be the same day as the final round of the U.S. Open at Pebble Beach, site of his most recent triumph a mere two months ago.

The Masters leaderboard also included a pair of 43-year-olds: Tiger Woods and Ian Poulter. But, really, the most impressive performance of the first two days was turned in by Bernhard Langer, the 61-year-old German who is greying at the edges but still looks as fit as he did in his prime.

Langer isn’t going to win the tournament. But he easily made the cut, cruising around the course he knows so well with rounds of 71 and 72. He can’t hit it as far as those players half as age (and then some), but he knows each nook and cranny of the course, the sort of local knowledge that goes far at a place such as this.

Not that he’d turn down a dip in the fountain of youth.

“I’m hitting a 4-iron and [younger players are] hitting a 9-iron,” Langer quipped. “I would rather hit a 9-iron and have a little less experience.”

He closed out Friday’s round with three birdies on the final five holes, putting him one shot ahead of Jordan Spieth and ensuring he would finish above the cut line for the fifth time in the past seven years.

But Father Time will catch him one of these days.

Just ask Ian Woosnam, the diminutive Welshman who won the Masters in 1991, the same year Mickelson made his Augusta debut as an amateur from Arizona State.

Sharing Langer’s age but plagued by a bad back, Woosnam is no match for this course. Hasn’t been for the better part of two decades. He wanted to quit a few years ago, but his spouse wouldn’t let him.

But Friday’s round was his last at Augusta National.

If Woosnam comes back again, it will just be for fun. After rounds of 80 and 76 – and missing the cut for the 11th year in a row – he announced his Masters retirement as soon as he walked off the 18th green.

“It doesn’t seem to get any better,” Woosnam said, in words that everyone can relate to with the passing of the years. “Maybe if they will give me a cart or something like that, I’ll come back. That would be all right. But I don’t think I’ll get that.”

Woosnam savoured the laughs and the memories.

This part of his journey was done.

In the end, the years always win.

But in golf, sometimes, it takes them longer to catch you. 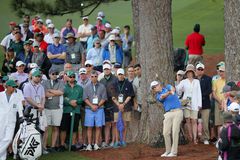 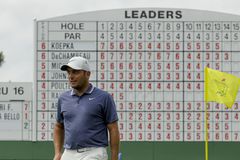 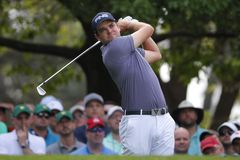