Rory McIlroy has few complaints about the state of his game, only the results.

That doesn’t bother him, either. At least not yet.

Behind him are 12 months since his last victory, in the Arnold Palmer Invitational, a title he hopes to defend this week against a typically strong field at Bay Hill, though it no longer includes Tiger Woods as he copes with a neck strain.

Ahead of McIlroy is the Masters, his fifth opportunity to join the most elite group in golf by completing the career Grand Slam.

“Playing well,” McIlroy said Wednesday after a frigid pro-am at Bay Hill. “Just seems like one or two people play a little better than me every week I tee it up. I’m in a good place with my game, doing everything pretty well, and just got to try and keep continuing on that path. And if I keep working on these things and keep doing the right things, hopefully sooner or later I’ll turn all these good finishes into a win.”

McIlroy has opened the year with four straight top-five finishes, his longest streak on the PGA Tour. He was runner-up two weeks ago in Mexico City, where Dustin Johnson overwhelmed everyone for a five-shot victory. He finished three back at Riviera, and he was in the final group at Kapalua.

His best stretch of golf might have been the end of 2011 and the start of 2012, when McIlroy finished in the top five in 11 of 12 tournaments, two of them victories. That ended at Augusta National when he tied for 40th.

The Florida swing is when the Masters starts to come into view for everyone, especially McIlroy.

A green jacket is all he needs to complete the career Grand Slam, and it’s been on his mind since he won the British Open at Royal Liverpool in 2014. He has finished in the top 10 at the past four Masters, each time finishing six shots behind. Last year might have been the toughest because he played in the final group with Patrick Reed, three shots behind, and faded to a 74.

There is no sense of panic. In fact, the 29-year-old from Northern Ireland even managed to cite Abraham Lincoln, who lost several elections over three decades.

“He wound up being president of the United States,” McIlroy said. “So I still got a bit of time.”

For now, McIlroy is at a course he has come to enjoy since he first played the Arnold Palmer Invitational in 2015 and dined with the King. Even with such a short history, the connection between Palmer and McIlroy was strong.

PGA Tour Commissioner Jay Monahan recalls being at lunch with Palmer at Bay Hill in 2015 when McIlroy stopped by to say hello. Palmer offered McIlroy whatever he needed, from tickets to ice cream. McIlroy replied: “Mr. Palmer, thanks to you, I have everything I could ever need in my life. I’m all set.”

Palmer teared up at the words.

On the day Palmer died – Sept. 25, 2016 – McIlroy won the Tour Championship and the FedEx Cup. His next victory was 18 months later at Bay Hill, the course Palmer bought, nurtured and turned into the signature sporting event in Orlando.

McIlroy recalls telling Palmer when he first played Bay Hill that he would make an effort to return every year.

“Now that I’m a past champion of this event, it obviously means a little bit more to me again,” he said.

McIlroy, who already has four majors as part of his 22 victories worldwide, is one of the top names giving Bay Hill some pop. Justin Rose and three-time major champion Brooks Koepka are in the field, both with a chance to replace Dustin Johnson at No. 1 in the world. Johnson is not playing this week.

Rose is among the ambassadors this year, a program that began after Palmer died. He hasn’t played since the Saudi International at the end of January, planning all along to take off most of February because of the compact schedule leading to the Masters and through the end of August.

Rose has won three times in the past 10 months, including at Torrey Pines this year. A year ago, he was paired with McIlroy in the final round when McIlroy put together a furious charge to close with a 64.

“He’s got that type of game that when he wins it looks so easy that you think, ‘Why aren’t you doing this week in week out?’ But we all know that golf isn’t that way,” Rose said. “There’s many aspects that go into winning. … Clearly, he’s played well enough to win a golf tournament.”

McIlroy wouldn’t mind that happening this week. He’d really love it to be next month at Augusta National. 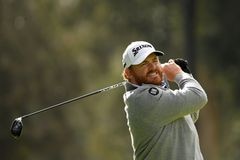