The National Golf Club of Canada, a male-only private course in the Toronto suburbs, recently drew an unsolicited buyout offer for about $120-million from a real estate developer. The property is owned by its 468 members and consistently ranks as one of the two or three best and toughest rounds in the country, and among the world’s top 50 courses. After the 44-year-old club closes for the winter, members will make a decision on its future. If they decide to sell, the National will join a growing list of urban golf courses being bulldozed to make way for high-end homes.

“Redevelopment of the National would leave a scar on every golf course in the country,” said Rob Roxborough, the National Golf Club’s executive director. “If the National is vulnerable, who isn’t?”

The debate playing out at the limestone-clad clubhouse and ravine-riven fairways of what golfers call “the Nash” is part of a larger conversation around the relevance of golf for the next generation, particularly for affluent players who can afford to join a private country club. The club’s struggle also captures what demand for single family homes and parkland is doing to public and private courses across the country.

The most recent statistics from Golf Canada, the sport’s national governing body, show 51 courses shut down between 2015 and 2018, including 19 closures in Ontario. In the same period, 22 new courses were either launched or under construction. In other words, two clubs are closing for every new track that opens.

“Golf has never been in a healthier place in Canada," in terms of the number of players and their engagement in the game, said Laurence Applebaum, chief executive officer of Golf Canada. “But there are two sides to the coin. Golf courses have become part of the story of a robust real estate market, particularly in the greater Toronto region.”

There are about 2,300 golf courses in Canada – only the United States has more – and none are harder to navigate than the National in Woodbridge, Ont. Its 18 holes feature narrow fairways, ponds, streams and greens guarded by cleverly-placed bunkers. Pros such as Mike Weir, Nick Faldo and Lee Trevino have sung the National’s praises after playing tournaments, legions of golf writers have complimented the course’s ability to humble even the best players. But the difficulty of the course and its prime location are now contributing to its uncertain future. When noted golf architects George and Tom Fazio designed the National, which opened in 1974, it was well north of Toronto’s suburbs. Over more than four decades, the city swallowed the club. Large homes now surround the course, while shopping malls, Canada’s Wonderland amusement park and a subway station are minutes away.

In recent years, an increasing number of National members decided to unload their stakes, in part because aging golfers often find the course too challenging to play enjoyably. Not enough new members stepped forward and there are currently more sellers of memberships than buyers, according to Roxborough, who declined to comment on the exact numbers. Several sources at the National, whom The Globe And Mail granted confidentiality to because they were not authorized to speak for the club, said dozens of members are currently trying to sell their stakes, which typically change hands for around $40,000. Annual dues at the club are about $12,000.

That dynamic opened the door to an offer this summer from a opportunistic developer. Roxborough declined to identify the bidder, but said when board of directors received the offer, National promptly hired a real estate appraiser to value the property. The consultant’s report is expected by December and will be shared with members, who will then decide whether they want to sell. The club’s men-only membership policy is not a factor in the debate over the National’s future, according to the club’s executives and a number of members. Roxborough said: “The issue here is urban sprawl.”

For a sense of what may be coming at the National, look to what played out five years ago at member-owned York Downs Golf and Country Club in nearby Markham. A developer made an initial $325-million bid for the 27-hole course. The club’s board opted to put the property up for auction. The club eventually sold for $412-million, which worked out to approximately $200,000 per member, a decent payday for owners who typically paid $30,000 or less for their stakes. Next year, builders are scheduled to break ground on the first of 2,400 planned detached homes and townhouses on the site.

The initial offer for the National valued the club at approximately $250,000 a member. Real estate experts say if a significant portion of the course can be turned into residential lots – parts of the property are too hilly or wet to be suitable for homes – the National could be worth considerably more than that. Using the same value per acre that York Downs and other urban courses commanded, the National could be worth roughly $200-million, or about $400,000 a member.

Over the past year, Beacon Hall Golf Club in Aurora, Ont., also received unsolicited offers from developers, in the $200-million range. The club hired a team led by an arm of Toronto-Dominion Bank to value the property. The appraisers reported back last week by mailing a valuation to the club’s 260 members, who are now weighing their options.

The Town of Oakville, Ont., is battling to stop Glen Abbey Golf Club from being transformed into mansions by Abbey owner and real estate developer Rai Sahi, a fight the politicians are expected eventually to lose. Other courses that will soon be suburbs include Harvest Hills in Calgary, Kanata Golf and Country Club near Ottawa and Copper Creek in Vaughan, Ont. The future of publicly owned links is also up for debate. In recent years, former Vancouver mayor Gregor Robertson and former Toronto city planner and candidate for mayor Jennifer Keesmaat recommended converting city-owned courses into parkland.

John D’Angelo has a unique perspective on the National’s future. He’s a member of the club and an ardent golfer, but he’s also chief executive of HBNG Holborn Group, the real estate company that controls a fund which recently bought a 45-hole course in Woodbridge called The Country Club – it was formerly known as the Board of Trade Golf Club.

“Unlike some clubs, members at National play aggressively. It’s not uncommon to play four or five times a week,” D’Angelo said. His view is this passion for golf will underlie coming discussions on the club’s future. D’Angelo said most National members are wealthy enough that a potential windfall in the $250,000 to $400,000 range is unlikely to sway their decision.

However, the real estate executive said rising demand for land in the Toronto area, and limited supply, means deep-pocketed real estate companies will keep calling at National and other urban country clubs. “These golf courses were built when there were no land pressures," D’Angelo said. "Now, there is really no product available to developers of single-family homes.”

In the long term, the future of golf clubs will be determined by interest in the game. “The dynamics of families are changing," said D’Angelo, who has two children. "Not everyone gets up these days on Saturday morning and wants to take off all day to golf. There’s a younger generation with different priorities.”

Right now, roughly five million Canadians occasionally swing a 9-iron and 1.5 million qualify as ardent golfers, who play nine or more times each year. That’s roughly 650 active golfers for each of the country’s courses, one of the highest ratios of clubs to golfers in the world. Until recently, even the most active golfers were playing less often. Seven years ago, a Canadian study by a group called the National Allied Golf Associations, or NAGA, concluded the game was “vulnerable,” as 38 per cent of golfers were playing fewer rounds each year, while just 14 per cent were hitting the links more frequently. The NAGA report said: “Time and money constrain the playing of the game, they do not drive the game.”

Golf Canada’s Applebaum said in recent years, golf experienced an resurgence. The average number of rounds played each year stabilized and has started to rise, sparked in part by the success of Canadian professionals such as Brooke Henderson. The game is also attracting an increasing number of young players and immigrants to Canada. “The old cliché was golf is pale, stale and male, and that’s just not the case. The game is inclusive,” Applebaum said. “If you look at faces on the first tee on most courses, you are likely to see the new face of Canada.”

At the National, the drama in coming months will be in the boardroom, not on the 18th hole. The members, many of whom work in the real estate and financial industries, will decide whether one of the country’s best-known courses keeps holding high-stakes matches or gets converted into McMansions. Roxborough, the executive director, said: “I believe the members want to see this club continue to be their home for golf, but the decision is theirs.” 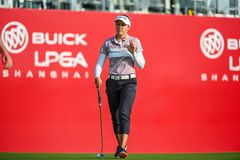 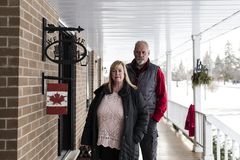 ROB Magazine
Canadians love living in the suburbs, so why aren’t we building more of them?
October 25, 2018 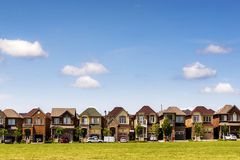