Rory McIlroy’s presence at Hamilton Golf and Country Club this week is just one of many indications that this year’s RBC Canadian Open is a little different – and a lot more energized.

The world No. 4, one of the few golfers whose popularity transcends the sport, is making his debut in the national championship, which has already sold out its tickets for the second and third rounds and nearly its fourth.

With the Canadian Open moving to early June this year, one week ahead of the U.S. Open, McIlroy saw this week as a perfect opportunity to sharpen his game heading into golf’s third major tournament of the season.

But for the four-time major champion from Northern Ireland, there was more to it than that. “Obviously this isn’t just a preparation week,” he said Wednesday. “This is a very prestigious tournament, one of the oldest tournaments in the world that I would dearly love to be able to add my name to.”

Other elite players must have been thinking the same about the 110th edition of the championship. Three other players in the world’s top six – Brooks Koepka, Dustin Johnson and Justin Thomas – have also entered, as have fellow major champions Bubba Watson and Henrik Stenson.

Add in well-known players personally sponsored by Royal Bank of Canada, including Jim Furyk, Graeme McDowell and Matt Kuchar, and a 26-man Canadian contingent headed by Adam Hadwin, and this year’s field is easily the strongest since RBC took over title sponsorship in 2008, if not even further back than that.

The date change has been a huge enticement. For the past generation, the Canadian Open followed the Open Championship in late July – a double whammy of doom. Many top players were either reluctant to fly transatlantic from Britain and go back into action immediately after a pressure-packed major, or they preferred to take a week off to rest for the stretch run of the PGA Tour season and playoffs.

The new date became an option as the Tour reorganized its entire schedule to finish its playoffs by the end of August to avoid competition with the beginning of the college and pro football seasons in the United States. The restructuring included moving the PGA Championship to May and the Players Championship to March.

RBC was in the midst of negotiations to extend its sponsorship of the Canadian Open and RBC Heritage in South Carolina as the plans took shape behind the scenes.

“We painted a picture for the PGA Tour of our commitment to golf,” said Mary DePaoli, chief marketing officer at Canada’s biggest bank. “Our only request was, as they were looking at their schedule, to consider that Canada would fare very well if we could have an alternative date.

“As part of those negotiations, they offered us the date before the U.S. Open.”

The PGA Tour liked the idea of back-to-back national championships, two of the world’s oldest three. “It has a really nice feel and a really nice rhythm to it,” said Tour commissioner Jay Monahan during a visit to Hamilton this week. “Our players appreciate and respect the game, so to have a national championship that’s been played since 1904 and to come back to a great golf course … guys are really excited.”

For the players, this new date puts the Canadian Open squarely in the heated part of the season.

“Late July, everybody was sort of taking it easy,” said Hadwin, Canada’s top-ranked male golfer. “… But [June] is a time of year where guys are still playing. We’re coming off a major a few weeks ago, and a lot of guys want to get ready for next week. It’s a good opportunity for them to come out and kind of refresh everything and get ready for the U.S. Open next week.”

The reasons for the event’s resurgence aren’t limited, though, to the new date and who’s inside the ropes this week.

The host course itself will have a starring role. Hamilton, a classic tree-lined course designed by British architecture master Harry Colt more than 100 years ago, is the kind of layout preferred by many Tour pros, requiring strategic thinking and accurate tee shots to avoid the juicy rough.

It’s a different test than Glen Abbey, the modern, stadium-style course in nearby Oakville, Ont., which served as the tournament’s venue for much of the past 40 years, but was never wildly admired.

McIlroy noted that Hamilton caught his eye when he watched the Canadian Open on TV in 2012, the last time it held the event. He has also spoken to veteran player Brad Faxon about it. “He had a chance here back in maybe ’03,” McIlroy said, “and he really raved about the golf course.”

Koepka, the world No. 1, added that Hamilton’s challenges prepare him for what’s ahead as he defends his U.S. Open title at Pebble Beach in California next week.

“The rough’s up,” the American said. “You’ve got to hit fairways, and these greens are quite slopey. So you’ve really got to control your spin. I think it’s actually a perfect setup for next week.”

As eagerly as fans are anticipating play over the next four days, they seem to be equally excited about the postgame entertainment RBC has added this year to make the golf tournament as much a festival.

Concerts by country act Florida Georgia Line on Friday and Canadian rockers The Glorious Sons on Saturday have contributed to rare sell-outs on those days, with 25,000 tickets sold for each day. (Sunday, when the tournament will be decided, is nearing a sell-out as well.) The music adds to other spectacles including food trucks on site and The Rink, dasher boards set up around the 13th hole to mimic a hockey arena.

“We’ve been able to create both a festive environment around music and a serious golf environment around golf,” DePaoli said. “There’s something for everyone. If we can entice someone to come to the RBC Canadian Open and they become a fan for life, we’re very pleased with that outcome.” 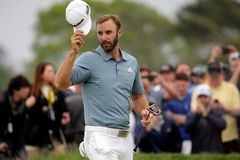 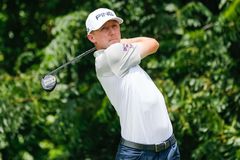