The greatest skill required of the modern sports executive isn’t an indomitable will to win or a horse picker’s talent at drafting. It’s the bob and weave.

A lot of people can bob. They see a hard question coming and start going sideways so quickly they nearly bash their head on a boom mic.

It’s the weave they have trouble with – coming back with a line of logic that dissuades further questioning. Bobbing’s no good without weaving.

Major League Baseball commissioner Rob Manfred has no weave in his game. When pressure began building on baseball to pull this year’s All-Star Game from Atlanta, Manfred’s first tactic was avoidance. His second was dissimulation. His third was capitulation.

At issue is new voting legislation in Georgia that has been called racist. Despite weeks of groping around behind the couch in his office, Manfred could not find a good enough explanation for why he wanted to keep the game in Atlanta. (Because he sure as hell couldn’t say the real one out loud – money and convenience).

So instead, Manfred picked all of baseball up and moved it to one side of America’s culture war. He said that pulling the game from Georgia was “the best way to demonstrate our values as a sport.”

It takes a particularly American sort of audacity for a guy who makes US$11-million a year to start strutting around in public in a hair shirt, talking like he’s Cesar Chavez. But Manfred has his constituents to consider.

This wasn’t a principled decision. If Manfred feels so strongly about demonstrating his values vis a vis Georgia’s voting laws, maybe he should try pulling the charter of the Atlanta Braves? What? He won’t do that? Now I am perplexed.

But if not principled, Manfred’s call was expedient. He annoyed one franchise – Atlanta – in order to spare every star in baseball from spending his week there answering questions about mail-in ballots and gerrymandering.

That’s a lot of hassle avoided for a lot of people (most of all, it should be noted, for Manfred himself). The move was also cheered in all the cool corners of the internet, which is a new one for the current commissioner.

But the virtue high is already wearing off. In placating the media mob, Manfred ticked off baseball’s establishment. Having seen he is no good at weaving, they’re coming at Manfred from that angle.

There you go. That’s the reward you get for taking a moral stand. People then expect you to take more moral stands.

If Manfred made a mistake, it wasn’t moving a game. It was letting the debate get so far out of hand that his choice became binary – move a game or pay the PR price. Manfred wasn’t able to sense the winds shifting and set up a weave ahead of time.

You want weaving? Head east out of Atlanta on I-20 for a couple of hours until you hit Augusta.

Having seen baseball bend a knee, some thought similar concessions might be wrung out of the men who run the Masters, which kicks off Thursday.

Augusta National Golf Club isn’t Major League Baseball. It doesn’t discuss politics (unless they are sexual politics involving Tiger Woods). It doesn’t do issues. It is coming at you from the perspective of 1950, forever.

In the current climate, that disdain for popular opinion is a kind of superpower. Augusta National has been backwards for so long, no one expects anything else from it.

Even U.S. President Joe Biden flinched in the face of this inevitability. Biden was all over baseball to do the right thing about the All-Star Game. But when he was asked the same question about pulling the Masters, Biden said, “I think that’s up to the Masters.”

By the time Augusta National was forced to speak – the chairman’s address on Wednesday – whatever pressure had been brought to bear on the tournament had been bled off.

Nonetheless, Fred Ridley, the swell in charge, did some world-class weaving.

In his opening remarks, Ridley juked and jived all over the thematic shop. He loves voting. Boycotts don’t work. He knows people are concerned. We just built a community centre. In summation, voting is great. We are (shockingly rich) public servants. Who doesn’t love voting? Not me, Fred Ridley.

By speaking in personal terms, Ridley snake-charmed the attending press. That slanted the inevitable question – what does he think of the new voting law? Not the club. Not the Masters. Him. Fred Ridley.

“I don’t think that my opinion on this legislation should shape the discussion,” Ridley said.

As deflective answers go, this sort of subtlety is rare in sports. Of course, Ridley’s personal opinion should not shape the debate. He runs a golf club, for God’s sake.

That that golf club may be the defining cultural institution of the state of Georgia no longer matters, because it’s too late to go back and re-ask the question. The moment has passed.

To hear him tell it, Fred Ridley is but a miserable servant. Who is he to pronounce on such grand matters of state? He’d never presume.

Sure, half the Illuminati are members of the organization he runs. He can call up Bill Gates and tell him he needs $50-million to build a tool shed behind the driving range, and Gates’s only option is to say “Yessir! May I give some more, sir?”

But, yeah, right. That kind of guy doesn’t have any thoughts on public policy.

And that, my friends, is how you get the Masters clear of this minefield. You bob and weave. 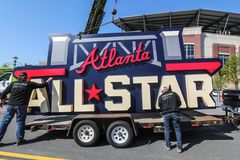 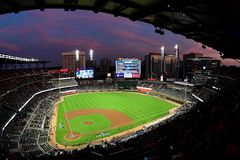 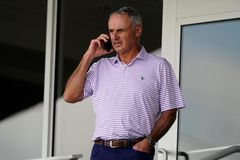