Cabot Cape Breton in Nova Scotia is ready to unveil its latest course, a pithy 10-hole layout that not only adds to the resort’s 36 holes of seaside golf, but also fits into the rising trend of building short courses that emphasize fun and inclusiveness.

The new par-three course, called The Nest, is opening for “preview play” on July 24 with an official debut scheduled for 2021, which Cabot will announce next week.

Cabot emerged almost 10 years ago with its original 18-hole course built on an abandoned coal mine in remote Inverness, N.S., overlooking the Gulf of St. Lawrence. It has grown to become a world-renowned resort on two properties, with two courses, a 72-room lodge, villas, restaurants and private residences.

The Nest, named after the crow’s nest lookout point atop explorer John Cabot’s ship when he reached Canada more than 500 years ago, is the latest amenity tucked beside the resort’s second course, Cabot Cliffs.

Cabot co-founder Ben Cowan-Dewar says the latest course intends to provide a bonus golf opportunity for guests, a quick and relaxed round that could be played after a game on one of the two other courses or on arrival and departure days.

But he also expects the layout of par-three holes to appeal to the spouses and children who tag along with the golfing guest. “It’s an on-ramp to the game,” Cowan-Dewar said, noting Cabot has attracted more couples and families than he anticipated when he started the resort. “ … People reluctant to take on the bigger courses can see it as an entry point.”

Cowan-Dewar said he hopes The Nest will also provide a fresh enticement for the international guests who return year after year. But this season, with Cabot focusing on the regional and domestic markets because of COVID-19 travel restrictions, he thinks the course can capture new eyes, too. “Maybe it’s the trigger that gets somebody over the hurdle to come for the first time.”

The Nest, like many of the other short courses popping up across North America, aims to set a more casual tone than what’s found elsewhere in a recreational sport sometimes accused of being exclusive or hidebound. With short holes and minimal hazards, Nest golfers can take just a few clubs and play together in groups as large as eight. It would even be possible to get around the entire course with just a putter, banging the ball along the tight fescue turf and bent-grass greens.

Interest in short courses is growing as resort and golf developers look for solutions to a few of the game’s current problems, including long rounds, overly difficult courses and an intimidating environment for many newcomers, including women and juniors.

“The days are gone where a working professional can go out and just leave their family and go play golf for a whole weekend,” said Keith Cutten, a Canadian golf architect who helped construct The Nest. “Family trips are a reality, and these resorts really have to take that seriously.”

He said short courses get the whole family involved. “When I get a chance to go on vacation,” the father of three said, “it’s going to be with my family and I’d love to go to resorts like this and play with my children. Going to a full-length course is overwhelming.”

Short courses are not entirely new to the game. Iconic U.S. clubs such as Augusta National and Pine Valley have par-three layouts alongside their championship courses, and golf’s traditions in Britain include shorter links with irregular numbers of holes.

But they’ve become a more noticeable and accepted part of the golf landscape over the past decade.

Mike Keiser, the U.S. golf entrepreneur who co-founded Cabot with Cowan-Dewar, launched the latest craze about eight years ago with the opening of the 13-hole Bandon Preserve at his Bandon Dunes property in Oregon. Others that have come along since include The Sandbox at Keiser’s Sand Valley retreat in central Wisconsin and The Cradle at Pinehurst Resort in North Carolina.

Tiger Woods’s foray into golf architecture includes The Playground at Jack’s Bay club and resort in the Bahamas – the 10-hole course on the Atlantic Ocean will officially open on July 21 – and a nine-hole, par-three layout he’s crafting at Pebble Beach in California.

While this new breed of short courses features holes that are usually 200 yards or less, with some as wee as 50 and 60, there’s still a big emphasis on design so that they’re challenging for more accomplished players, even while being accessible to newcomers.

Nest co-designer Rod Whitman, who also led the creation of the original Cabot Links course, said each of the short course’s holes “could easily be found on both Links or Cliffs.”

Cutten added The Nest is on the highest point of the property and has spectacular views of the gulf, but at ground level it’s just as exciting.

The intimate course on rolling land winds by a pond and into woods before it wraps up near the 11th tee at Cliffs, facing the sea. Cutten, Whitman and the other co-designer, Dave Axland, also built big greens with generous slopes to ramp up the fun factor, he said.

“It’s easy to make a course difficult, but it’s another thing to make it fun,” Cutten said. “A short course is much easier to do that with – you can dial the creativity up, play with contours a little bit more than you would on other courses. But because of the length, it still allows your average person or even your beginner to go out there and play.” 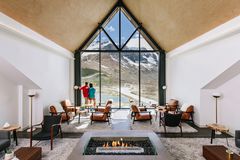 Canada is home to destinations that rival, and in some cases surpass, better-known international equivalents
November 12, 2020 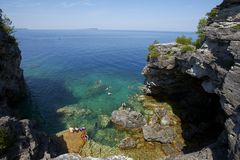 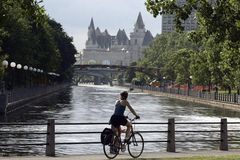