Tiger Woods no longer has a pain in his neck.

The trick going forward for Woods is to make sure the soreness that caused him to withdraw from the Arnold Palmer Invitational doesn’t keep him from missing more tournaments the rest of his injury-filled career.

“I’m 43 with four back surgeries, so [I] must manage what I have and understand that I’m going to have good weeks and bad weeks and try and manage as best I possibly can and not push it,” Woods said Tuesday after a nine-hole practice round at The Players Championship.

“There are times when over the years I pushed it, pushed through a few things, and I’ve won a few tournaments doing it that way,” he said. “But also, I’ve cost myself a few years here and there because of it.”

Woods chose not to push it last week by skipping Bay Hill, where he has won eight times.

He had fusion surgery on his lower spine in April, 2017, his fourth surgery on his back in four years, and it allowed him to return to a level that saw him win last year at the Tour Championship, play in another Ryder Cup and return to the top 15 in the world ranking.

Woods said his neck first bothered him last summer at the British Open, where he was seen wearing kinesiology tape, and at times during a big stretch of tournaments during the FedEx Cup playoffs.

It flared up again at the Genesis Open last month, and then got worse in Mexico City the following week.

“It was getting to the point where it was affecting my setup, my backswing, my through swing,” Woods said. “It was just gradually getting worse. That’s just because my lower back is fused, and so the stress has to go somewhere if I don’t have movement, and so it’s very important for me going forward since the surgery to keep pliable or else the stress is going to go somewhere else.”

Woods did not want to commit to a pre-Masters schedule until after The Players was over.

The Valspar Championship next week is where he was runner-up last year. That’s followed by the Dell Technologies Match Play, a World Golf Championship for which he had not been eligible since 2014.

Asked specifically about Match Play, Woods said, “If nothing flares up, then I’ll play.”

Either way, he was not concerned about being prepared for the Masters, which starts April 11, as he tries to end 10 years without winning a major. Assuming this week goes well and he goes to Texas for the Match Play, that would give him five tournaments before the Masters.

Woods played between five and six times before the Masters during younger and healthier times over the past 15 years.

“I’ve played three this year so far, and that’s about right,” he said. “I was going to play three or four. If I would have gotten my rounds in last week, it would have been four tournaments, so I’m right there where I need to be. My finishes are getting a little bit better each and every time I’ve gone out so far this year, and I’ve gotten a little bit more consistent with my play. And I think that everything is headed on track toward April.”

As for his health, Woods does not consider that a major concern.

Long before the back surgeries, he had four surgeries on his left knee, the worst of them in 2008 a week after he won the U.S. Open at Torrey Pines. He also has dealt with an Achilles’ heel problem and what he described as a left arm issue at the 2013 U.S. Open.

For now, Woods is trying to keep his game moving in the right direction as the Masters draws near. He has not finished out of the top 20 in his three starts this year, though he not finished closer than eight shots of the winner.

Francesco Molinari charges to a 64 to win at Arnie’s place
Subscriber content
March 10, 2019 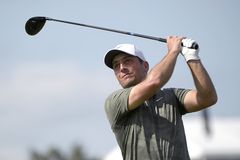 McIlroy appears to be doing everything right … but winning
March 6, 2019 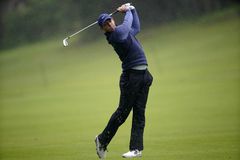 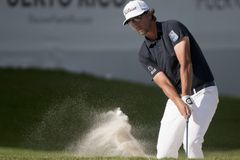