The first green jacket was all about the future.

The fifth green jacket Tiger Woods won on Sunday at the Masters was more about the past, better measured by a powerful celebration and enormous popularity than by any ripple effect it might have in golf.

Tim Finchem was in this third year as PGA Tour commissioner in 1997 when a 21-year-old Woods – in his 15th start on tour, already with three victories – set 20 records at Augusta National with a 12-shot victory that made him the youngest Masters champion.

Finchem is now in his third year of retirement from the PGA Tour, with his own green jacket as an Augusta National member. He was at the Masters most of the week until watching with millions of others on Sunday, with a different perspective than most.

“It was eerie to me on Sunday because in my mind, this was just a ‘97 repeat. It was incredible,” Finchem said on Tuesday. “But then I started thinking about it, and it’s not that at all. It was very different.”

Woods was the freight train everyone heard coming in 1997.

Within two months, Woods qualified for the Tour Championship by winning twice in seven starts. He won the Tournament of Champions to start the next year. And then he demolished the field and Augusta National like no one had ever seen, making him the first man of colour in a green jacket.

It remains his most significant victory because it changed the entire golf landscape.

“Golf fans were all into him,” Finchem said. “But they hadn’t seen that much of him, except for winning tournaments.”

Now they know a lot more – too much, at times.

It’s those 22 years between his first and latest major that make No. 15 the most popular of all.

“Between then and now, these people have watched his every move – every difficult challenge, losing his game, coming back, private issues – and so they know a lot more about him as a person,” Finchem said. “People are just over the moon about this. Part of this has to do with how he’s handled himself the last two, three, four years. He’s been a very positive force, a leader among the players, and he’s at another level of interface with millions and millions of fans.

“They love to watch him play golf.”

That much hasn’t changed.

Television ratings spiked following that 1997 victory, right when the PGA Tour was negotiating a new television contract. The total prize money on the PGA Tour in 1997 was US$70.7-million, and it jumped to US$135.8-million under the new TV deal in 1999. This year it’s at US$340-million, not including FedEx Cup bonus money.

Woods made everyone rich.

Ratings still spike whenever he plays. Galleries are larger and louder.

It’s been that way since 1997, even during the lean years for Woods, when his image was tarnished through tabloid stories of extramarital affairs, when his body began to break down and his glutes didn’t activate, when he returned too soon from his first back surgery and went five years without winning.

The appeal never left. When he plays, people want to watch.

When he wasn’t playing – Woods went two straight years without a tee time in the majors – the legend grew, because all anyone had were memories, and those were far more powerful than anything he showed on the golf course.

That’s why his latest Masters victory was so amazing to so many.

Memories became real. The Sunday red shirt was brighter than ever. There was audible excitement in the press building, from a younger generation that had never seen him win a major, from an older generation that thought it might never happen again.

It felt for a moment that nothing had changed, when so much has.

And in some respects, that makes it even bigger.

Woods is no longer invincible. This was his hardest major to win, and not just because he had overcome so much in his life and with his health. Woods had never won a major when so many others had a chance on the back nine.

He won because he hit better shots, smarter shots. This was more about execution than mystique.

And it was about redemption.

Finchem recalled one other moment, at Torrey Pines in 2015 a week after Woods shot 82 in the Phoenix Open, when he was asked if he was worried about Woods.

There was concern as a fan because Finchem wanted to see him at his best as he challenged the records for majors (Jack Nicklaus) and career PGA Tour wins (Sam Snead). As a commissioner? Not so much, because everyone was watching.

“But now, it occurred to me looking back on it that in many ways, people love to watch him play golf, but they wanted to love him,” Finchem said.

They missed him. Now they have him back, and for how much longer doesn’t matter as much as it once did.

Opinion
Tiger Woods shows us what American exceptionalism is all about Subscriber content
April 16, 2019 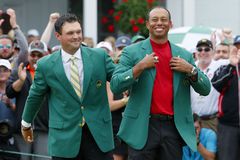 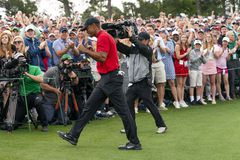 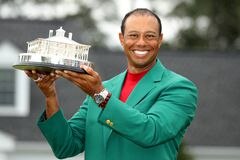