In the three days between the opening two FedEx Cup playoff events, Tiger Woods took it easy at home with a little driving and putting.

Only one golf club was involved.

“Driving the car a lot,” Woods said Thursday, a reference to taking his two kids to after-school activities in Florida.

The PGA Tour’s postseason is supposed to be a sprint — four tournaments in five weeks, from a 125-man field at the start until it’s whittled down to a 30-man field that gets to the FedEx Cup finale at the Tour Championship.

It feels more like a marathon in the middle, especially during a heat wave that has gripped the Northeast, especially for players like Woods, Justin Thomas and those who expect to have four playoff events followed by a sleep-deprived, energy-sapping week in France at the Ryder Cup.

Playing golf at the TPC Boston doesn’t compare with Heartbreak Hill. Even so, keeping up a steady pace can feel like hard work.

“I’ve had a hard time keeping my energy up the last couple of days,” Thomas said. “I’ve hit some balls and I’ve just felt really weak. That’s just from the travelling and playing a lot these past couple months. But that’s what afternoons are for, and that’s what Tuesday, Wednesday, Thursday this week is for — to make sure you get rested, so come tomorrow you’re ready to go.”

The Dell Championship starts Friday for the traditional Labour Day finish at the TPC Boston, though this will be the last time for that.

Because the Boston area has shown such strong support for this tournament since it began in 2003, it was not killed off entirely with the shrinking postseason next year. Instead, it will alternate with Liberty National in New Jersey for the opening FedEx Cup event.

But it will be the last time the final round ends on Labor Day because next year the season ends on Aug. 25, before football gets started.

A little more than just advancing to the next FedEx Cup event is at stake this week.

The top 70 in the standings will go to the BMW Championship outside Philadelphia, and for a small number of players, it’s either the last chance or another chance to audition as a potential captain’s pick for the Ryder Cup.

Bryson DeChambeau did himself a world of good with his four-shot victory Sunday at The Northern Trust, especially having narrowly missed qualifying on his own. Woods and Phil Mickelson would appear to be certain choices.

U.S. captain Jim Furyk announces three of his picks on Tuesday, and the fourth pick will be made after the BMW Championship.

For now, it’s all about moving on and trying to keep shirts dry in this sweat-soaked environment, though a break from the heat is expected by the weekend.

Thomas suggested his 63 in the third round was key to winning the Cup.

“I wouldn’t have had the chance going into ... Monday,” he said. “And because of that, I may not have won on Monday. If I don’t win this tournament, I probably don’t get it done in Atlanta. So I guess when you look at it that way, it was a very fortuitous round.”

McIlroy, meanwhile, chose to sit out last week. That’s not to suggest he was taking it easy.

McIlroy said it has been since January that he and longtime coach Michael Bannon were able to spend more than four days together. They spent 10 days together and looked at video of McIlroy through the years, including one video of when he was 16.

“If that was a 16-year-old in front of me today, I’d say, ’You’re going to do pretty good,’" he said. “I made quite a bit of progress last week. It feels good, and it’s not as if we’re trying to reinvent the wheel, we’re just trying to go back to stuff I’ve done before.”

Woods did play last week and dropped in the standings about as much as McIlroy, who didn’t play at all. Woods tied for 40th, dropping from No. 20 to No. 27. He didn’t show up until Thursday morning and played his pro-am round Thursday afternoon, a rarity for Woods because he usually is the first to tee off in pro-ams.

He spoke midmorning from under a tent, and already sweat was pouring down the side of his cheeks.

“Some of the guys who skipped last week, it might have been a smart move,” Woods said. “It’s a long stretch.” 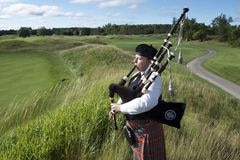 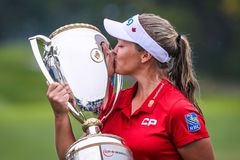 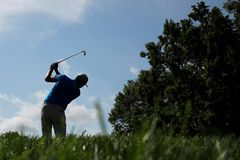