He’s just as comfortable being Public Enemy No. 1 at the Ryder Cup.

“I’m supposed to be the villain, just like when Ian Poulter comes to the States, he’s the villain,” Reed smirked. “You expect to hear the fans kind of go back and forth with you. If it’s not happening, it probably means you’re not playing very well.”

Reed was a convenient target of the European faithful at Gleneagles back in 2014, telling them to hush after he made a big putt.

Nothing figures to change when the U.S. tries to retain the cup at Le Golf National just outside of Paris.

As far as Reed is concerned, bring it on.

“There’s really nothing to get underneath my skin, that’s for sure,” Reed said.

He clearly relishes the charged atmosphere of a Ryder Cup, having lost only one of nine matches over his first two appearances. At Hazeltine two years ago, he teamed with Jordan Spieth to go 3-0-1 in foursomes and four-balls before beating Rory McIlroy in singles on the final day, leading the Americans to their first victory since 2008.

Now, the 28-year-old Reed is eager to end another drought.

The U.S. team has gone a quarter-century since its last victory in Europe.

“The young guys don’t want to have to go through what the old guys did every 25 years,” he said. “Put our foot down and go out and play some good golf, kind of like we did in 2016, and try to win the cup and take the cup back home.”

Since last playing in the Ryder Cup, Reed has added a snazzy new line to his resume.

That first major title has only added to Reed’s confidence.

“It’s a good problem to have to have people either saying Captain America or Masters champion,” Reed said. “But this week,” he quickly added, “I’m definitely Captain America.”

He was coy about another pairing with Spieth, though it would certainly be a gutsy move for captain Jim Furyk to break up a duo that meshed so well at the last two Ryder Cups

“It’s just going to really all depend on what we think are the best people we can put out and best teams we can put out since some guys are going to sit at some point, and who we feel can go out and get us the most points possible,” Reed said.

Of course, the singles pairing that everyone wants to see is a head-to-head showdown with Poulter, who is 12-4-2 at the Ryder Cup and has never lost a singles match.

Reed is trying to pass on that same bravado to Ryder Cup rookies such as Justin Thomas, Bryson DeChambeau and Tony Finau.

“If you make a putt and you’re excited, show it. If you go out and you miss a putt, and you’re not thrilled, show it, but do it in the right way. That’s the biggest thing. This is the one week that we’re allowed to let loose and show our emotions and play golf.”

Reed was asked what he thought of the massive grandstand that surrounds the first tee. With a capacity for nearly 7,000 spectators, it figures to provide a raucous setting for the opening shot of each match.

“Why only seven (thousand)? Couldn’t you get more?” Reed said, never one to shy away from a little jab.

Of course, he can’t wait to tee off on Friday.

“I looked up and felt like I kept looking up and up and up,” he said. “The first tee is going to be just so much fun. I can’t wait to hear all the little cheers and just little quirky things that they can do and say, because it’s always fun coming overseas and hearing all the little playful jabs and chants that they have going on.”

Reed is comfortable with both. 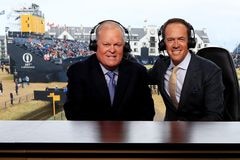 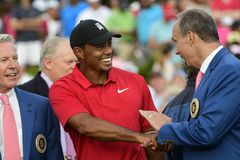 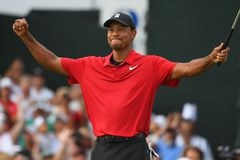