For every Tiger Woods, there's a Michelle Wie, a Lexi Thompson and a Lydia Ko. Much-hyped teenage stars are all over women's golf.

Thompson won a major championship at the age of 19, and Ko was 15 and 16 when she won the Canadian Pacific Women's Open in 2012 and 2013. Canada has a phenom of its own in Brooke Henderson, the 16-year-old from Smiths Falls, Ont., who recently finished second at the U.S. Amateur Championship.

Explaining why women find the spotlight in golf so much younger than men has a lot do with body mechanics and a little to do with advances in teaching and technology that have been refined over time.

"The simple fact is that girls develop earlier than boys," Golf Canada's women's amateur coach, Tristan Mullally, said. "They reach their peak height faster, they develop in terms of their end body-type faster.

"By the time they're 15, 16, 17, they're not going to change as much as a boy will, so they have an opportunity to be a little bit more consistent and to maybe reach some of those things earlier."

Mullally added that a lot of teenage boys can't keep up with full-grown men on the PGA Tour because it's hard to drive the ball 300-plus yards consistently. Canadians Mike Weir, Graham DeLaet and David Hearn are in the majority of men who have taken longer to find their games.

Weir won the 2003 Masters at 32, while the 32-year-old DeLaet is only now enjoying his prime. Hearn took until just before his 34th birthday before he made the cut at a major tournament.

Younger women can match older peers more easily, in part because they play on shorter courses.

But the physics of women developing earlier than men is no new phenomenon. What's different is how girls with any golfing potential get extra attention to help refine those skills.

"They're more prepared to play professional golf than I was when I came out," said 36-year-old Cristie Kerr, who has two majors among her 16 career LPGA Tour victories. "I just had my dad. They have their swing coaches, their mental coaches, their trainers, everything. They have sponsorships when they come out and we didn't. It's a lot different world for them."

As a member of Golf Canada's national team, Henderson has access to two coaches in Mullally and Ann Carroll, a fitness trainer, a physiotherapist, a nutritionist and a psychologist.

"It's an amazing support system," Henderson said. "I think the stronger your support system, you don't have to focus on things outside of golf. You can just focus on your golf game itself."

When Karrie Webb was getting into golf, her first clubs were an adult set cut down to fit in her hands. Webb, 39, went on to win seven majors on the LPGA Tour.

The first of those didn't come until the age of 24, and Webb sees the future faces of the sport and knows they're much more ready to compete at 16 or 17 than she was. The average age of 2014 major champions on the LPGA Tour is 25, compared to 28.5 on the PGA Tour. Beyond just those winners, the average LPGA rookie age is 23.6 and the average PGA rookie is 28.8.

"I always joke around like, 'Is it 12?' Because I'm way past 12," said American Danielle Kang, who at 21 wasn't close to being one of the oldest players at last week's Canadian Women's Open.

"I think the guys our age are still very, very talented, it's just there's more competition that are in their 30s to 40s for men," Kang said. "I mean, they're still shooting 10 under par. But I think this game is growing, so there are much younger players that are coming up faster."

Wie had a big role in sparking this trend, qualifying for the U.S. Amateur at the age of 10 and becoming the youngest player to make an LPGA cut at 13. She validated a lot of the hype by winning the U.S. Open this year at 24 and is currently ranked fifth in the world.

Even if Wie took some time to go from prodigy to major champion, her success story is an attractive one for young female golfers.

"You can see it on TV, it's become almost a celebrity to be an athlete now, where maybe in the past it wasn't like that," Mullally said. "There's definitely a bigger interest in the amount of players who see that as being a goal for their career has definitely increased."

While LPGA purses are well below those on the men's tour, there's still plenty of money to be won. So Yeon Ryu earned more than $300,000 (U.S.) for winning the Canadian Women's Open on Sunday, and 20-year-old rookie Jaye Marie Green – 100th on the LPGA Tour money list – has made $62,346 so far this year.

Before making a living on tour, most women have successful amateur careers. Five-time major winner Inbee Park said the expansion of quality junior and amateur tournaments has helped speed up the learning curve.

Of course not every teenage golf star finds success like Wie, Thompson and Ko. Park, who was on the LPGA Tour at the age of 18, said the key is for young players not to lose interest in what they're doing.

Four-time LPGA Tour winner Lorie Kane is trying to help the next generation of Canadian golfers not just keep interest but blossom into stars. The Charlottetown native's advice to Henderson – "Don't read your own press" – goes for others, as well.

"I think it's just stay out of their own way, and that comes from encouragement from the adults in their lives and not to make a big deal out of what they're doing," Kane said. 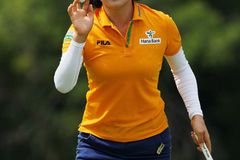 Making it past the cut is crucial for the livelihood of many LPGA Tour newcomers
August 22, 2014 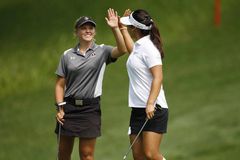 Brooke Henderson moves closer to No.1 in Canada's Weekly Top 10
August 13, 2014
Report an error
Due to technical reasons, we have temporarily removed commenting from our articles. We hope to have this fixed soon. Thank you for your patience. If you are looking to give feedback on our new site, please send it along to feedback@globeandmail.com. If you want to write a letter to the editor, please forward to letters@globeandmail.com.
Comments