Jason Day acknowledged at his Canadian Open-starting news conference that "the majority of people in here saw me fall on my face at the U.S. Open." That was because of vertigo.

Golf fans also saw Day fall flat on his face at other major tournaments. The Aussie had come close at the 2011 and 2013 Masters and 2013 U.S. Open and just recently missed a putt that would have put him in the playoff at the British Open.

Day continues to battle the viral infection that caused vertigo and may have to the rest of his life. He also fought through fatigue last week to win the RBC Canadian Open, which doesn't make up for past major failures but marks significant progress.

"My lifelong goal is to get to No. 1 in the world. I know that I can't do that without wins and big wins like this in major championships," Day said Sunday. "All of those little hiccups along the way, you would say, with major championships just falling short or not doing enough or all of those things are just setting me up. Hopefully later on down the road it becomes a lot easier for me to finish it off the way I need to."

Day moved up to fourth in the world golf rankings by winning the third-oldest open championship in golf. The 27-year-old is behind only Rory McIlroy, Jordan Spieth and the man he finished a stroke ahead of at the Canadian Open, Bubba Watson.

Unlike some of the memorable majors he contended in, such as the 2013 U.S. Open when he bogeyed three holes on the back nine, Day was at his best with three finishing birdies at Glen Abbey Golf Club, enough to take home the trophy.

Day was staring at the same putt five days earlier at the British Open and missed, leaving him tied for fourth and out of the playoff. Believing he can learn a lesson from every tournament, Day just wants to keep his game rolling into the PGA Championship next month.

"If I could freeze this whole last two weeks, this is exactly what I need to do to play," he said of the British and Canadian Opens. "The mental focus that I had this week and last week and the way I've prepared over the last two weeks, everything that I've done, is exactly the makeup that I need going into future tournaments."

Day shined at the Canadian Open despite a Monday finish at the British and the fatigue that came with travelling and turning right back around to play.

After returning home to the Columbus, Ohio-area, Day expected to have more tests this week about the viral infection and perhaps increase his dosage of medicine. When golfing, he wants to be "mentally stronger."

"It's something that I can be patient with because golf is kind of a marathon, not a sprint," Day said. "I'm not on a time limit, which is great. I've got all the time in the world."

Day should have a long career ahead of him. Next up is the PGA Championship, which begins Aug. 13 at Whistling Straits in Wisconsin.

It's the only major Day doesn't have a top-four finish in. But he did finish in the top 10 in 2010 at Whistling Straits, which Day remembers for a double bogey on the ninth hole that ended his chances.

"I was in contention on the last day," he said. "I played with [winner] Martin Kaymer the last day, so I understood what needed to happen to win that tournament. So a lot of those memories are coming back."

Most of Day's major-championship memories are of missed shots and opportunities gone awry. But with aspirations of doing what Tiger Woods and McIlroy have and what Spieth is on the verge of, Day understands he has to close the deal on even bigger stages than the Canadian Open.

"It really is tough to win. Jordan, Tiger, Rory – they make it look easy, but it's not easy. It's just something where I'm going to head in with the same kind of preparation." 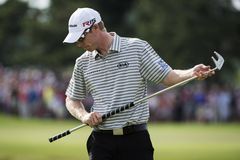 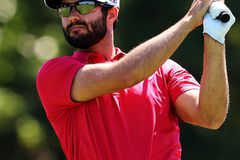