He admits it: He's not the computer who wore hockey skates. Off the top of his head, he doesn't know every game-related fact and can't spit out a gigabyte of statistical data at the speed of a Zdeno Chara slap shot.

The truth is Ralph Slate never even played hockey. He's a data-base specialist from Springfield, Mass., who used to catalogue songs and record albums on an Atari 800 back in the day. Just for fun.

So why is it that some people started an on-line petition calling for Slate's induction in the Hockey Hall of Fame? Because they can, and because Slate helped modernize how fans, media and even NHL team officials access their hockey information.

That's not to say Slate's Internet Hockey Data Base (hockeydb.com) is the be-all for everything hockey. But after 13 years of relentless service, it is regarded as a standard bearer for a generation of hockey zealots who now have multiple computer stops for everything from salary-cap dealings to hockey fights, even statistical breakdowns that show how a player has performed by month, against certain teams, you name it.

That site, hockey-reference.com, "has gone to the next generation," said Joe Pelletier, founder of greatesthockeylegends.com and the author of eBook Pucks on the 'Net. "Users can do more with it."

Hockeydb's role in the cyber arena is to list past and present players and their scoring totals from the NHL to the minors and Europe. That allows NHL teams to follow prospects abroad. (Asked if he uses hockeydb.com, Detroit Red Wings assistant general manager Jim Nill replied, "Yeah, it's a great website.")

"There are probably four or five big websites – Eurohockey.com, hockey-reference.com," which Slate describes as "all NHL stuff, more in-depth with arcane statistics. I'm more interested in the historical aspect."

Slate's interest in hockey began in his youth when he followed the Springfield Americans of the AHL. When he attended Rensselaer Polytechnic Institute in Troy, N.Y., Slate took to the Engineers hockey team and watched star player Joe Juneau. It was around 1991 when Slate began wondering what had happened to all the other RPI players, especially those who didn't make it to the NHL.

Slate also thought about his grandfather, a former minor-league baseball player whose exploits couldn't be found in the game's bible, Total Baseball. Combining his passion for hockey with a growing knowledge in computers, Slate took a Total Baseball approach to hockey and expanded on it.

It was "the next logical step," according to Slate, to what Ken McKenzie had done with The Hockey News and Jim Hendy with The Hockey Guide – a way to get hockey info to the masses.

"My original intent was to do a book but it would have been too big, too expensive," said Slate, who works for ISO New England overseeing electrical grids. "Then the Internet came along and that was it."

Slate has gotten more efficient at updating data to his site and that has allowed him to broaden its base.

"The neat thing is the old newspapers are coming online so I can look at the box scores," he said. "I've been trying to compile attendance data [for different decades and leagues]"

While both Slate and Pelletier continually update their sites – putting in more hours than they care to admit – they aren't sure what's next for hockey and the Internet, and that has them wondering.

"The real craze now is the moneypuck statistical revolution," admitted Pelletier, who got hooked on data as a kid after finding an old hockey card (Los Angeles Kings defenceman Barry Gibbs) at a dump in Terrace, B.C. "I've heard of one guy who recorded what part of the net where every single goal was scored last season [in the NHL]… I don't know how they do that." 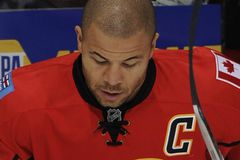 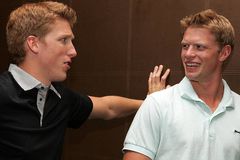 Why Coyotes' Shane Doan is riding tall in the saddle
October 14, 2011 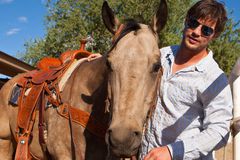