Moments after U2's Beautiful Day and Imagine Dragons' Roots played on the speakers at Ralph Wilson Stadium, USA Hockey announced on a chilly day that it was going back to the sport's outdoor roots at the 2018 world junior hockey championship.

The 2018 tournament in Buffalo will feature the first outdoor game at the world juniors, almost certainly featuring Canada against the United States. It's tentatively scheduled for Dec. 27 or Dec. 29, 2017.

Standing near midfield, Bills coach Rex Ryan professed his love for the event as a hockey fan who grew up in Toronto.

"For someone that lives here on Sunday, I can't tell you how awesome that is," Ryan said. "To have these fans here in a venue like that, it's going to be unbelievable for every young man that's involved in this – it'll be something they'll never forget.

"I know what it means to me for being on the sidelines for these games and things, imagine what it's going to be like for these young men."

Buffalo's proximity to Canada helped Buffalo earn the right to host in 2018 over Pittsburgh, St. Louis, Tampa and Chicago. Canada against the United States is annually the premier preliminary-round game at the tournament.

While it's not guaranteed that Canada and the United States will be seeded into the same pool, USA Hockey officials have already discussed with Hockey Canada and the International Ice Hockey Federation the possibility of moving two teams to make that possible. USA Hockey executive director Dave Ogrean said there was precedent for the host country getting that and made it clear a Canada-U.S. game is the goal.

"We think the U.S.-Canada rivalry is the best in the game, and that's obviously what we are designing this for," Ogrean said.

Mike Bertsch, USA Hockey's assistant executive director of marketing and communications, said Buffalo wasn't the only market that offered the possibility of an outdoor game. Pittsburgh could have offered PNC Park or Heinz Field and St. Louis could have offered Busch Stadium, though weather would be more questionable.

On Friday it was 5 C, overcast and windy in Orchard Park, which USA Hockey's Dave Fischer deemed "hockey weather." Similar conditions would be welcome in just over two years.

Sabres and Bills president Russ Brandon, citing the success of the 2008 Winter Classic at Ralph Wilson Stadium, expects the 71,857 seats to be full for the first outdoor world junior game. There were 71,217 fans there to see the Sabres play the Pittsburgh Penguins.

The Sabres would love to bring the Winter Classic back on the 10th anniversary of its debut, but owner Terry Pegula called that notion "premature." It would only add to the spectacle to have the Winter Classic follow a world junior outdoor game, but logistics are still a major question – as is the NHL's intent.

"Right now, the logistics of putting those two games together, it's a total unknown," Pegula said. "Why would you ask for something if you don't know if you can do it? We've got another league involved in this decision, too. It's very complex along that stand."

For all the complexities involved, the face of the Sabres, Jack Eichel, would love to be a part of a Winter Classic in Buffalo.

"I'm sure it would be a great atmosphere with all those Buffalo fans. They're pretty crazy at the Ralph," Eichel said after his team's morning skate. "I think it would be a lot of fun." 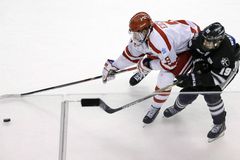 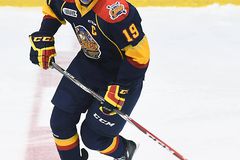