Hockey can't go on like this. The daily carnage has become too much to bear, and there's no excuse to look the other way just because the sport attracts fans and fits a monopolistic kind of business model. Never mind that politicians, police and prominent sponsors are challenging the National Hockey League's complacency on injuries and violence, so far without much success. The bigger issue is about how professional hockey lost its way and allowed the game to get so far out of sync with the nation's better values.

1. Get rid of the boards. There are two games of lacrosse, one played in a rink or box, the other on a field. They're two very different, very separate games and each has its fans. The pond-hockey tradition in hockey is beloved even by people who like the high-energy National Hockey League game - which raises the question of whether hockey truly needs boards at all. Most serious hockey injuries happen close to the boards, and if you took away the game's hard boundaries, hitting from behind or crushing a player's head into a stanchion would become relics of the past. The NHL's business plan is based on a game played within boards, but there's no reason not to experiment with a boardless game that's just about ice. Yes, it might look more like field hockey on skates. But isn't that how the great Gordie Howe got his start?

2. Ban head hits. The NHL overlords work themselves into ridiculous contortions to justify hits to the head. Yes, hockey's a fast game, accidents happen and players put themselves in vulnerable positions where injuries can result. But the blame-the-victim strategy is unnecessary, as well as ineffective and inhuman. Simply follow the example of the International Ice Hockey Federation and take a zero-tolerance approach to head hits. A body-contact sport should be just that - contact with the body.

3. Increase ice size. Players are bigger, faster, stronger, but the narrow NHL rink remains unevolved. International hockey is played on rinks that are 15 feet wider, giving skaters much more room to manoeuvre and avoid harmful contact against the boards. Studies by neurologist Richard Wennberg of Toronto Western Hospital have shown that collisions and head injuries decrease in number and severity in the international rinks. Hockey on a bigger ice surface can be a more agile, free-flowing game, better suited to speedy, smaller skill players and less tolerant of the kind of smothering defensive tactics practised by a tentacled behemoth like Zdeno Chara.

4. Go to four on four. Increasing the rink size will take time and money, and there's a persuasive argument to be made that the compact NHL surfaces create a more intense and energetic style of hockey. In that case, do what is now done in overtime games to encourage offence and speed up play: Simply drop one of the skaters. By opening up more room on the ice, you give players more time to handle the puck and protect themselves from incoming threats. And with fewer players, goon tactics will become less valuable and aggressive body contact less useful - the culture of the sport will shift to a more free-flowing skaters' game.

5. Put an end to fighting. It has nothing to do with the sport, it's harmful and contrived, it discourages skilled young athletes from continuing in the game, puts off more fans than it draws in, dumbs down Canadian culture and isn't necessary despite what all the NHL apologists and armchair sadists contend. Other professional sports manage to ban fighting without losing their appeal or sacrificing their macho DNA. So just get rid of it, and let the lovers of mindless brutality get their fix with mixed-martial arts.

6. Treat violence as violence. Punishment rarely fits the crime in NHL hockey, except for rare moments of damage control where public outrage leads to PR-driven clampdowns. If NHL bosses refuse to punish violent acts like Zdeno Chara's hit against Max Pacioretty, then it's right that police should step in and sponsors should walk away, if only to send a message that both players and the league must be more responsible for their actions. If respect for fellow players can't be taught - and there's every reason to think coaches from minor hockey up instill the opposite message - then basic humanity has to be legislated by the courts and demanded by those who associate their corporate name with the sport.

7. No more "finishing the check." The hockey rule book mandates a safe, orderly and fair game. But the latitude given to officials means that there is often a huge discrepancy between the rules of the sport and the arbitrary judgment calls on the ice. One of the more dangerous examples of this legalized lawlessness occurs when players are permitted to hit someone after he releases the puck. A player is often at his most vulnerable at this moment - much like a quarterback who has just thrown a pass. Yet hockey coaches at every level still encourage these checks and shift the responsibility for avoiding them from the aggressor to the victim. But checkers shouldn't have carte blanche: It must be made clear that there can be no body contact once the puck is released or not in the player's control.

8. Speed the flow of the game. A game like soccer is continuous: Substitutions have to fit into the course of the game and even on-field injuries don't necessarily stop play. Professional hockey has gone in the other direction and turned itself into a stop-and-start sport that breaks for TV ads, coach-mandated time-outs, between-period corporate networking and seemingly endless line changes. At the aesthetic level, the game is at its best when it's moving fast and furious - overtime hockey is compelling viewing. But there's also a safety issue. With modern hockey's short shifts, players are able to play more "physically," targeting the body more than in a game where shifts drag on (as can be seen in the rebroadcasts of surprisingly gentle 1950s games that now look nothing like old-time hockey's tough-guy image).

9. Softer pads. Players don't need body armour to play good hockey. Hulking shoulder pads, in particular, do more harm than good, because they're less about protection than they are about inflicting damage, especially at the head level. And the more a player's equipment makes him feel protected from retaliation, the more confident he feels about dishing out pain. Hockey equipment is like a Cold War arms race, but the mutual escalation of physical force and physical protection no longer serves its purpose.

10. Get rid of coaches.Okay, it's not going to happen. But there are far too many coaches on the hockey bench intruding themselves into too many aspects of the game. As hockey has become overcoached, it has lost its breathtaking, spontaneous side, the throwback joie de vivre style displayed by the winning Russian team at this year's world junior championships. Players at all levels now feel tied down by defensive strategies where avoiding mistakes is seen as the key to winning. But what's worse from a safety point of view is that when you turn players into robotic automatons, you take away their judgment and responsibility. Most injuries in hockey occur because a player is just doing his job.

John Allemang is a feature writer for The Globe and Mail. 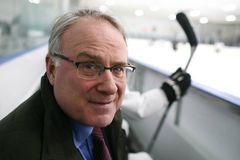