The building – and even the city – was quieter than usual leading up to puck drop, with the grey skies and 3-1 deficit in the series getting some of the diehards off their game on Tuesday.

They knew their Habs were in tough, that the run may finally be over after 16 thrilling games, and they sat on their hands at the Bell Centre waiting to see how it played out.

It didn't take long to find out.

Down and counted out by many in the hockey world – first in Game 1 when they lost netminder Carey Price, and again on the weekend, when the New York Rangers took a stranglehold in the series – the Montreal Canadiens never bought it.

They were adamant; they believed.

And why shouldn't they.

The key to Game 5 and really the rest of this series was getting to Henrik Lundqvist, something the Habs finally pulled off – with an exclamation point.

He wasn't just beaten – he was beaten on tips, with bodies in front. He was beaten on long shots to the glove side that typically don't elude one of the best in the game.

He was beaten four times in the game's first 27 minutes in what became an ugly 7-4 loss, enough to bring him out of the game and force rookie backup Cam Talbot into the series.

And with that it is a series again.

"It just felt like games from the Boston and the Tampa series all over again," Habs winger Max Pacioretty said of his team's previous two conquests. "That's when we were playing our best hockey. And this is definitely the best game we've had in the series."

This is a Canadiens team that had a lot of excuses it could have sat on after Marty St. Louis scored a dagger of an OT winner in Game 4 in New York. They don't have their starting goaltender. They haven't gotten a lot of breaks in the series – save for all those power plays on the weekend – and Lundqvist had been predictably impenetrable.

The Habs were also coming off an emotional seven-game series against the arch rival Boston Bruins that would have taken a lot out of any team, to the extent some wondered if that had been their Stanley Cup, in a sense.

But Montreal coach Michel Therrien has played this all perfectly, adopting an us against the world stance from the beginning and picking fights wherever he could find them, even with his old pal behind the Rangers bench.

It took the attention off their rookie goalie, Dustin Tokarski, who at least on Tuesday outduelled one of the game's greats to push things back to New York.

And it built up the hate against a Rangers team that is so calm and efficient that they're not always an easy group to loathe.

(Although it may be easier after youngster John Moore's dirty blindside hit late in the game on Dale Weise, one that will surely leave the Rangers down a third pairing defenceman come Game 6 due to a suspension.)

Perhaps part of all this belief is also the fact so many of the Habs have been here before – down 3-1 and counted out – and battled back. Five key skaters were part of the team that rallied to knock off a powerhouse Washington team four years ago – Brian Gionta, Tomas Plekanec, PK Subban, Andrei Markov and Josh Gorges – and it was that leadership core (and Rene Bourque) that stepped up brilliantly in Game 5.

The reality, too, is that 3-1 comebacks aren't the rare bird that they were back in the 1980s, when goal-fests like Tuesday's game were the norm.

While they happened only 16 times in league history prior to 2003, there have been 11 in the 11 postseasons since, including the Rangers themselves pulling off the feat last round against the Pittsburgh Penguins.

A decade ago, only 8 per cent of NHL teams had battled back from 3-1.

Since then, it's been more than double that, with one in six teams pulling it off.

With parity as high as ever, this would be no miracle, especially with how close every game but the first has been and especially if Lundqvist is suddenly vulnerable the way he was two years ago in the Rangers last conference finals collapse.

Montreal has done incredibly well here to introduce some doubt, to change the narrative and to push this series deep, showing the same kind of fortitude they had in rallying from down 3-2 against Boston.

All they need now is to do it once more to force a Game 7 at home, where, with two wins in a row, they'd become the favourites.

Who'd bet against them now?

"It's tough to explain, but I've had a lot of confidence throughout these playoffs," Pacioretty said. "Whether it be when our backs were against the wall against Boston or even tonight [when the Rangers erased a 4-1 lead]. This is a gutsy group in here. When we know we're in desperation mode and we know that we can be eliminated with one bounce of the puck, we really throw everything at them.

"We did that tonight," he added. "We've got to find a way to do that next game." 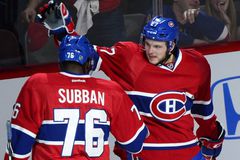 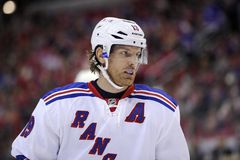 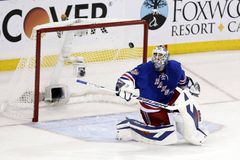