Here in the north, the ice has been out of the lake for two months, yet as of Monday night, it was still thick enough to hold the weight of a dozen large men in Los Angeles.

The day the New Jersey Devils' magnificent goaltender, Martin Brodeur, was born, May 6, 1972, the Boston Bruins were already halfway to the Stanley Cup in a final they would wrap up against the New York Rangers five days later.

But this, of course, was early expansion in the NHL, still decades before the hockey season began bumping up against bass season.

The last Stanley Cup of the Original Six era was handed out on May 2, 1967, when the Toronto Maple Leafs defeated the Montreal Canadiens 3-1 to claim their fourth win in the final series.

The 1964 Leafs had their Stanley Cup on April 25. The '63 Leafs – sorry, this is in no way intended to rub salt in any wounds – had the Cup over their heads on April 18, just around the time the real ice went out in the lakes around here.

As it should be still.

There has, however, been an Original Six feel to this past week. An old portable television with rabbit ears brings in a game from North Bay that fades in and out. Sometimes there is sound, sometimes not. It appears there are a dozen players on each side. It is usually too snowy to see the puck. If Ward Cornell suddenly started interviewing Brodeur, it would seem only natural. If Murray Westgate saluted, you would be convinced gas prices have finally gone down to where you can afford it.

If the games of 2012 had only come on television an hour into the matches, as games in the Original Six era did, it would have saved an enormous amount of boredom this spring. First periods have not had a good playoff run.

In fact, until Game 5 of this surprising final, it could be fairly said that the climax of the long 2011-12 NHL season had been the first round of the playoffs, and just about everything since has been denouement. Regardless of outcome, single-handedly – and with more than a little help from his goalposts – Martin Brodeur has somewhat salvaged a dreary spring in hockey.

Perhaps it is unfair to credit his goalposts, as former goaltender Tom Barrasso – a personality as bitter as Brodeur's is sunny – once said when someone asked him if he thought he'd been a little lucky when several shots went off his posts: "What? You want me to stop the ones going wide, as well?"

No matter. Brodeur's play made a series – or at least a mini-series – out of a final that had seemed a foregone conclusion as the Kings mowed through the West and came to meet the Eastern Conference champions without having lost a single road game. That all changed Saturday night in New Jersey when the Devils beat the Kings 2-1 and Brodeur did everything but score his team's goals.

That marked the first time since 1945 that any NHL team had lost the first three games of the final and still reached Game 6. The Stanley Cup comeback glory belongs to the 1942 Leafs – oops, sorry again – who came back all the way to win, but the accomplishments of Brodeur and company, no matter what the final result, have to be applauded.

"We haven't done anything yet," the 40-year-old three-time Stanley Cup champion argued. But he is wrong. They did, and it was particularly welcome in a spring in which there has been precious little to celebrate apart from the ice going out early in lakes where it often lingers into early May.

It has been a most curious year in hockey, a season that began with the delightful return of the Winnipeg Jets, a season in which the Philadelphia Flyers' Claude Giroux took his place among the superstars, a season that produced new stars in such players as Kings goaltender Jonathan Quick and the Devils' amazing young rookie, Adam Henrique.

But it was also a year of concussed stars, of continued headhunting, of rising concern over the long-term damage to the brains of those who must fight to be in the NHL – and it will finish as a year, no matter who raises the Stanley Cup, where no one seems sure of the game that this season leaves behind.

As Jim Nill, assistant general manager of the Detroit Red Wings, said recently: "Our heads are spinning." Managers about to draft, about to dip into the free-agent market, about to offer contracts, come out of these overcoached and painful-to-watch playoffs unsure what game works best – speed-and-skill attack hockey, or block-and-stall defend hockey – and, therefore, what teams to build.

Will the GMs tweak the game enough in their August meetings to bring the game to at least a saw-off between the two styles? Will there even be a season come the fall and the end of the collective agreement?

All questions for later on.

For the moment, let us just be grateful that Martin Brodeur kept on playing long after most other goalies had either retired or were off golfing. 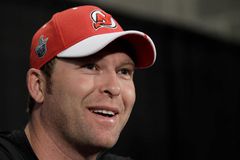 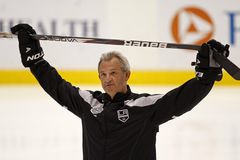 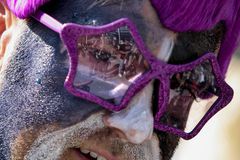 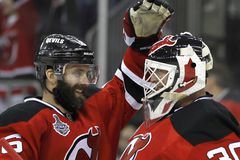