Words being an imperfect means of communication, they can only reveal so much about what someone is truly thinking.

The instinct, especially when it comes to sports fans and commentators, is put people on the couch, as it were.

Several thousand have done so over the past day or two to try and divine the intentions and motivations of Ottawa Senators captain Daniel Alfredsson.

Was his answer as to how feasible it is for the Sens to climb out of a 1-3 hole against the Pittsburgh Penguins ("probably not") really the biggest no-no in jockdom, an actual admission of a defeat?

An expression of frustration after a 7-3 thumping from a player who's getting too old for this sort of stuff? An off-the-cuff remark, blown miles out of proportion? Or was it some clever bit of reverse psychology from the NHL's longest-serving captain, designed to spur the team after a poor effort?

While we're at it, what if Alfredsson is adopting the tried-and-true tactic of drawing attention to himself so as to deflect it from his squad-mates?

Speculation is fun, but here's where the direct evidence led on Thursday: Alfredsson's comments weren't considered in their full and proper context, not that he's backing away from them – "I'm not going to change anything in what I said, it's pretty obvious to me we're in very tough."

The Sens do indeed face a steep incline against one of the NHL's elite teams, but he reckons their chances are as good as anyone's to climb it.

"I haven't listened or heard all the comments, but it sounds like [people are saying] I had given up. If you ask anyone and they looked at our series, I don't think there's too many people that would have pick us right now. That's what I meant," the 40-year-old Swede said. "We have an opportunity and we're still in the playoffs. We have always responded when we were up against the wall and I expect us to do the same thing [in Game 5 on Friday] and give ourselves a chance to win a game and come back here again."

Defenceman Erik Karlsson indicated the team had talked about Alfredsson's comments, and the likeliest explanation is they were misconstrued. "I don't think he meant anything," he said, jokingly adding: "I just think he probably thought it was a stupid question and got it over with."

Beyond the explanations, clarifications, and occasional obfuscations, Alfredsson's words and gestures have an effect on his teammates.

When he snagged the game puck at the end of regulation, more than one Senator was left with the feeling it might be to mark the last home game of his illustrious career.

"I actually have a puck here, too, for him," he said, reaching into his locker. "I always pick pucks [up] for him, his kids always ask for them, and there's always kids around, I don't think it means anything at all."

Except centre Jason Spezza offered a different version: he's the one who suggested Alfredsson should grab a keepsake to mark his 100th career NHL playoff point (a late power-play goal).

The man himself said there was "no specific reason" to take the puck.

No matter, the fact is there is uncertainty over Alfredsson's future, and he has understandably done little to dispel it, even behind closed doors

"I'm sure Alfie doesn't really know with regards to his future what he's going to be doing," defenceman Marc Methot said. "Emotions were probably a big factor in that [Wednesday]. We talked to him today, he seemed upbeat, the guy wants to win, no question."

Another fact: the Senators' core identity is about shoving it in the doubters' faces just when things are at their bleakest.

So it may not be all bad for a person who commands enormous respect in the room and is universally loved, to point out the dark clouds above.

"The odds makers aren't going to give us a chance to win this series, and maybe that's how we like it. Maybe that's how we've played our best hockey all year. I think that's what [Alfredsson] was getting at," Spezza said.

"I'll say this: Alfie's an extremely intelligent individual. He doesn't sugarcoat anything, he's usually right to the point," Methot said. "He's great with all the young guys in terms of helping, he's a teacher. Does it shock me? Probably not so much."

Coming back in these circumstances is, factually, a very difficult, nearly impossible thing to do, in nearly a century of NHL play, a team down 3-1 in a series has come back to win less than 9 per cent of the time.

It's a chance, just not a very good one.

And no one should fault Alfredsson if all he was being is refreshingly honest.

MacGregor: Despite being pesky, Sens fail to capture heart of the nation
May 23, 2013 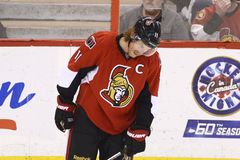 MacGregor: Penguins push Senators to edge of elimination
May 22, 2013

Duhatschek: Have the Ottawa Senators checked out of the series?
May 23, 2013 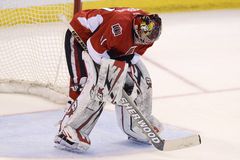 Senators on thin ice after Penguins crush Ottawa in Game 4
May 22, 2013 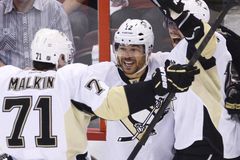 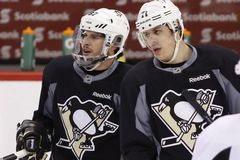