It's a no-frills saloon on Granville Street in Vancouver.

The Roxy Cabaret, a.k.a. the Roxy, has been entertaining a who's who of hockey for more than 22 years. It's a kitschy stop in the loop's northwest outpost, owing its favoured status among athletes to geography and familiarity.

The bar has won and lost games, and altered travel schedules. It has spawned a class of sharply-dressed imposters pretending to be NHL players, and it has garnered respect from the game's godfathers.

Patrick Kane and Shane O'Brien can attest. Both fell prey to the Roxy last season. Photos of Kane, two Blackhawks teammates, and a former female employee hit the Internet, while O'Brien was late for a practice, and banished from the Canucks for six days, after attending country music night.

"We see every team in the NHL, but the Canucks," assistant manager Vic Ardanaz said.

But that wasn't always the case.

One former Vancouver goaltender stopped more skirts at the Roxy than he did pucks. Former winger Jarkko Ruutu was so fond of the staff, he'd tend bar or bus tables to help out, and noted life-lover Esa Tikkanen had a drink, the Tiki, named in his honour.

Ardanaz is a 46-year-old hockey dad and, after 16 years of employment, has become "the face of the place." The average Roxy bartender stays between eight and 12 years, and that continuity helps attract NHL players, who yearn for friendly faces on the road.

Most players will mix easily with customers, but if they want more privacy, the bar will provide it in some of the fabled nooks and crannies rarely seen by members of the public.

The Globe and Mail was shown one such room, where members of Canada's Olympic team partied after winning gold in February. A so-called Champions Wall includes signatures that very much resemble Toews and Seabrook.

NHL veterans, particularly big names and recognizable faces, typically spend most of their time with staff, while rookies and more anonymous players are more readily found at the famous back bar, a ground zero of meat markets. When word spreads that an NHL team is in the house, puck bunnies follow.

"The women who come onto them, it's no holds barred: mini skirts with no panties," a former bartender said. "It's like fishing in a trout farm."

While many bars offer the same vices, there is a rhyme and reason to the Roxy. In its infancy - when Vancouver was still a young NHL market, when the city was sleepier, and when postgame commercial flights were nearly impossible - the boys had a few hours to kill. Today, the line between player and patron can become so foggy that posers enter like vultures.

"Some guys come in here, hair slicked back in a suit, pretending to be hockey players," Ardanaz said.

Opponents losing by lopsided margins in Vancouver are often accused of catching the Roxy flu, but rival organizations are getting wise to the city's pitfalls.

Some coaches insist on flying out immediately following games at Rogers Arena, as the Blackhawks did last month. Others use the Roxy as a carrot, telling players they will stay overnight if they perform well against the Canucks. Typically, if a team stays after the game, players know that the next day, their only responsibility is showing up at the airport.

"Guys knew they could rip it up," Roenick said. "You're not practising the next day, and wherever you're flying to out of Vancouver, it's a long flight."

Some coaches will make sure that their teams arrives in Vancouver two days before the game, so their charges can get the Roxy out of their system. But even if a team whoops it up the night before the game, there is no guarantee it will fall flat against the Canucks. 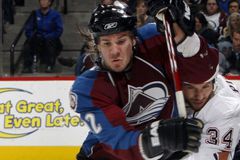 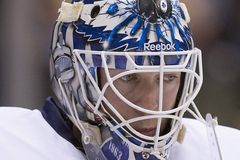 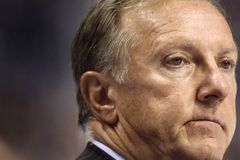