Amanda Kessel had just been cut from the 2010 U.S. Olympic women's hockey team, and she was crying as her big brother Phil picked her up at the airport.

The Toronto Maple Leafs forward was certain to be one of the young stars on the men's Olympic team, but his 18-year-old sister had dreamed of playing in Vancouver, too. His words that day encouraged the teen, who had grown up skating on ponds alongside him in Wisconsin and firing pucks against the basement wall.

"He was the one there to meet me when I flew home, and I was bawling my eyes out," recalled the younger Kessel, now 21. "He just said 'it's okay, you still have your senior year of high school and a bright, long career ahead of you, don't be too bummed about this.'"

A promising career stood ahead for certain. After graduating from the prestigious girls' hockey program at the Minnesota boarding school Shattuck St. Mary's, Kessel has gone on to three stellar years at the University of Minnesota. She just won the Patty Kazmaier Memorial Award as the year's top player in women's NCAA hockey, leading the nation in nearly every offensive category as her team played to a historic 41-0-0 record and its second successive national championship.

Now she's gearing up for the women's world championship in Ottawa, where she'll be a key player on the U.S. team hoping to win the gold back from Canada.

She was on skates at 3, growing up the youngest of the trio of sports-crazed Kessel kids – four years Phil's junior and two years younger than Blake, who now plays in the Philadelphia Flyers' system. Their father, Phil Sr., was once a quarterback in the CFL, and their mother Kathy ran track in college. Like many in those parts, the family shared a passion for the Wisconsin Badgers, making an event of football and hockey games in Madison.

The fiercely competitive siblings battled each other at everything, from basement hockey to ping pong and tennis, soccer and home run derbies out in the yard. Their house sat right on a golf course, so the three solid golfers competed on the links, too.

"We would fight over everything – even Monopoly, Scrabble, cards, video games," Amanda said by phone from Lake Placid, where she was training with the U.S. team this week. "My mom would get mad at us and have to ban us from playing together."

Hockey quickly became their biggest passion. She played on boys teams until she was a teen and improved further by hacking around at home with her older, bigger brothers.

"They were a lot faster and stronger than me," Kessel said. "So I think it taught me to use my body and my speed, too, so I wouldn't get hit."

While the Kessel name may have attracted some attention from college hockey recruiters who knew of her brothers, it was her unmistakable talent that won people over.

"Her speed, creativity and vision on the ice were remarkable and her competitiveness was obvious, when we first saw her," said Brad Frost, Minnesota's women's hockey coach. "The similarities between Amanda and Phil have always been incredible in the way they skate. They both have such high-end top speed – it doesn't look like they are putting forth much effort, yet they are going very fast, so they are very smooth. And they both have incredible releases."

Kessel says her mom and Blake are the most outgoing, talkative ones in the family. By contrast, she says she is more quiet, laid-back and reserved like her dad and Phil, who is often labelled as reclusive by the NHL media who cover him.

"They are good kids, and they never think too much of themselves – I think people misread them sometimes," said their mother. "They play a team sport and they always believe it's never about them as individuals. People mistake that for being aloof, but they're not aloof, they are very genuine. They really do think that way – it's so much about team for them."

While the parents travel nearly every weekend to watch their kids' games, the three siblings rarely see one another play live. But all three return home to Wisconsin in the summers to train together, hitting the weight room, sharing ice time and golfing.

"When they were growing up fighting, I thought 'can't you get along?' but looking back, it was very healthy," Kathy Kessel said. "It was always about winning; they were never angry at each other. They learned to make each other better."

When the United States and Canada face off in the world championship opener on Tuesday night, Amanda will battle another familiar face. Blake's girlfriend, Courtney Birchard, is a defenceman for Team Canada.

Kessel's talent isn't news to the Canadian team. She tallied three goals and seven assists in her first senior worlds last year. And her jaw-dropping 46 goals and 55 assists at Minnesota this season no doubt makes her an important one to pin down in Ottawa. 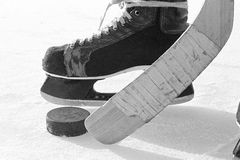 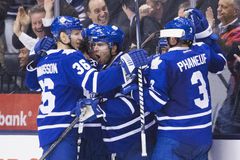