The NHL transaction wire had Mike Gillis smiling Tuesday and Brian Burke reaching for the Maalox.

Gillis is laughing because now that Josh Harding signed a three-year contract with the Minnesota Wild there is one less potential No. 1 goaltender on the free-agent market. That leaves the Vancouver Canucks general manager with the best available commodity in veteran Roberto Luongo.

As the GM most interested in acquiring a veteran No. 1, Burke probably had to resist the urge to fling a few things around his office. With Harding off an already thin market, it will cost the Toronto Maple Leafs more to get their hands on Luongo, 33, despite his $5.33-million (all currency U.S.) salary-cap hit that has another 10 years to run.

"He's got the top guy to trade right now," one of Gillis's fellow GMs said.

Harding's decision was a bit of a head-scratcher but understandable. He is 28 and has served a long apprenticeship with the Wild as Niklas Backstrom's backup. Harding made no secret of his desire to be a No. 1 goalie but it turns out he thinks he can do it with the Wild. And maybe he can.

If it's going to be the coming season, though, Harding will have to beat out Backstrom for the job since the latter has a no-trade clause in his contract. Wild GM Chuck Fletcher let it be known he has no immediate plans to trade Backstrom.

However, there was no guarantee Harding was going to get a better chance elsewhere to be the top goaltender. Outside of the Leafs, the only team definitely looking for a No. 1 goalie is the Columbus Blue Jackets and they may solve that through the Rick Nash trade.

Thus the decision to sign with Minnesota for three years for a total of $5.7-million made sense for Harding. In a year, Backstrom will be an unrestricted free agent and 35 years old, which plays in Harding's favour.

Getting back to Luongo, at one time it was practically certain Gillis would have to take back a bad contract in any trade. No GM likes to take on a 33-year-old with 10 years left on his contract even if the cap hit is a reasonable $5.33-million, so his price for doing so would be to send one of his overpaid players to Vancouver along with, perhaps, a decent prospect.

But in the last few weeks the goalie market shrank. Tomas Vokoun signed with the Pittsburgh Penguins, Anders Lindback was traded to the Tampa Bay Lightning and now Harding is gone. The Los Angeles Kings have Jonathan Bernier, 23, but may keep him for at least another half a season until they get Jonathan Quick signed to a new contract.

Burke may have to cough up something substantial to get Luongo since there are just enough teams interested to keep the price up.

The Florida Panthers are an obvious suitor, since Luongo once played for them and his wife is from the state. But Panthers GM Dale Tallon seems content with José Theodore and the developing Jacob Markstrom.

A couple of teams to keep an eye on are the Winnipeg Jets and Washington Capitals. Both Jets goalies will be free agents on July 1. Ondrej Pavelec, the No. 1, will be a restricted free agent and even though both parties say they want the relationship to continue, things can happen. The Caps have two young goaltenders in Braden Holtby and Michal Neuvirth but they are close enough to the top that Luongo might be intriguing.

Finally, if he strikes out on Luongo, Burke could always make some noise by taking a run at Martin Brodeur. The 40-year-old says he expects to be a free agent and doesn't expect to leave GM Lou Lamoriello and the New Jersey Devils. But, in an obvious reference to Devils owner Jeff Vanderbeek's money troubles, he said nothing is certain.

"This is where I want to be, but there are circumstances that are going to be out of Lou's hands," Brodeur told New Jersey's Star-Ledger.

Lamoriello just happens to be Burke's mentor so it's unlikely the Leafs GM would do anything to anger him but with the Devils teetering on the financial precipice it's fun to consider the possibility. 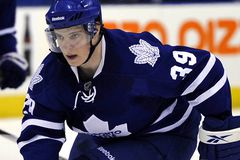 Aging Devil the saviour of a dreary NHL spring
June 11, 2012 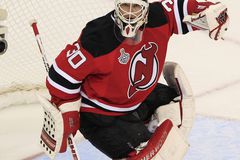