If the latest proposal for NHL realignment is shot down again by the players, the deal-breaker will be the playoff format.

"That's the big thing, the evenness in making the playoffs," New Jersey Devils goaltender Johan Hedberg said Monday. Hedberg, though, doesn't like the word deal-breaker, adding he expects there will be more "tweaking" of the format before the NHL Players' Association is asked to approve it.

Just when that approval is expected is not clear, nor is it clear if all 740 players will vote on the matter or if it will be left up to the 30 player representatives from each team. A conference call for the player reps is planned for this week by the NHLPA and the approach will be decided then.

"I'd like to hear some more arguments, for my personal view," Toronto Maple Leafs player rep Dave Steckel said of the proposed playoff format.

However, there is still a good chance this proposal – or one similar to it – will fly because this time around, the NHL developed it through discussions with the NHLPA. The union was not consulted for a realignment proposal last season, which was ultimately rejected by the players.

"I know the NHL worked with the union a little more on this one, which is fair because the players are the ones logging the air miles," said Maple Leafs defenceman John-Michael Liles, who spent the first seven seasons of his career in the Western Conference.

(The difference was created by granting the wishes of the Detroit Red Wings and Columbus Blue Jackets to move to divisions with Eastern time zones, while the Winnipeg Jets will move to the West from the East.)

Eight teams in each conference will make the playoffs for a total of 16 – the same as the current format. But only the top three finishers in each division are assured a spot in the postseason. They will be seeded Nos. 1 through 3 and open the playoffs within their division. The two No. 4 seeds will be wild-card teams that finish next in points to the other six playoff teams. The wild-cards can cross over to another division for the playoffs, depending on their records.

The wild-card approach was an attempt by the NHL to make the playoff setup as fair as possible. Under the current system, the first-place finishers in each division are seeded Nos. 1 through 3 in the conference-based playoffs, even if there are other teams with more points – which often results in complaints as the third seed can be a weaker team than its first-round opponent.

However, the latest proposal still cannot get around the fact it will still be easier for Western teams to make the playoffs because they will have one less team in their proposed divisions than their Eastern counterparts. It was this concern, plus a feeling the travel inequities between Eastern and Western teams were not fully addressed, that resulted in the players rejecting a similar realignment proposal last season.

The travel problem is eased somewhat in the newest proposal, as teams are once again grouped by time zone. But the cross-over potential for the playoffs means there will be travel difficulties in the Western Conference if a team in the Central time zone (like the Jets) has to play a Pacific time-zone opponent.

But the players appear willing to put up with travel inequities as long as a wild-card system gives more teams at shot at the playoffs. And for good reason, Steckel says.

"From a player standpoint, some [new] contracts are earned in the playoffs," he said. "A lot of guys would rather be in the playoffs working for their next contract," rather than seeing one or two less regular-season road trips.

Here is the proposal: 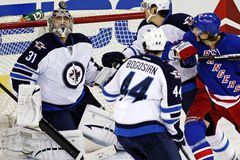 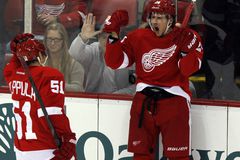 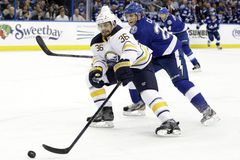 The goalie dominoes fall in the southeast 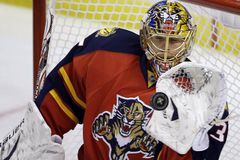 Duhatschek: Trade action begins heating up around the NHL