After years of complaining that general managers were skirting the NHL's salary cap with an increasing number of long-term, cap-hit-bending contracts, league commissioner Gary Bettman finally struck a major blow against the deals on Monday.

And the decision opens the door for more deals, including some that have been on the books for more than a year, to be next on the chopping block.

In his ruling, Bloch wrote that Kovalchuk's contract "has the effect of defeating or circumventing the salary cap provisions" of the NHL's collective agreement.

"While the contracts have in fact been registered, their structure has not escaped league notice," the decision reads. "Those players' contracts are being investigated currently with at least the possibility of a subsequent withdrawal of the registration."

Several agents contacted Monday were alarmed by the implication of the league going after contracts already in effect.

"I've never heard of a contract that had been registered and approved and then having that registration withdrawn," said one agent, who requested to remain anonymous.

"The league has two months now to go after Savard, Pronger and Luongo [whose contract extensions began July 1] Until they start getting paid, they've got two months."

As has become a growing trend in the league, Kovalchuk's rejected contract was heavily front-loaded. The deal called for Kovalchuk to receive $98.5-million in the first 11 years and just $3.5-million over the final six, including a near league-minimum salary of $550,000 a season over the last five years.

Bloch pointed to the deal continuing until the now 27-year-old Kovalchuk was nearly 44 years old as a key reason he upheld the rejection.

The contract extends "well beyond the typical retirement age for NHL players," Block wrote in his decision. "Currently, only one player in the league has played past 43 and over the past 20 years only six of some 3,400 players have played to 42."

Bloch said that the low annual salary near the end of the deal "will undoubtedly constitute compensation well below the then applicable major league minimum."

The ruling also gave weight to the fact that Kovalchuk's contract loses its "no move" clause provision in the final six, low salaried years, becoming only a "no trade" clause. Such a unique switch would allow the Devils an avenue to waive and/or demote Kovalchuk and rid themselves "of the continuing salary cap burden during the out years of the contract."

Multiple agents said Monday that Bloch is viewed as a "league friendly" arbitrator given his past decisions, mostly in salary arbitration cases. One predicted on the weekend that Bloch would rule against the National Hockey League Players' Association on the Kovalchuk contract, a decision that could now serve as a precedent if further deals go to arbitration.

"They're basically now going to reject, say, the Hossa deal, the PA will grieve it and you'll be looking at the interpretation of Bloch," one agent said of the potential issues the ruling could create.

According to one source, however, the arbitration process is considered binding "unless there is a serious miscarriage of justice," meaning the NHLPA is unlikely to pursue further litigation.

Now that Kovalchuk is once again a free agent, he is able to sign with any team. Devils general manager Lou Lamoriello confirmed Monday that he had resumed discussions with Kovalchuk's agent Jay Grossman.

"We are hopeful that a contract will be reached that meets with the principles in arbitrator Bloch's award and the NHL's approval," Lamoriello said.

While Kovalchuk re-signing in New Jersey on a more reasonable contract remains the most likely outcome, the Los Angeles Kings could also potentially re-enter in the running. Kings GM Dean Lombardi had a 15-year, $80-million deal on the table before Kovalchuk signed with the Devils, and Los Angeles is one of the few potential contenders with plenty of cap space available.

Another option altogether could be SKA St. Petersburg of Russia's Continental Hockey League, which has made Kovalchuk multiple offers since he became a free agent on July 1. Sources indicate, however, that going overseas remains a long shot for Kovalchuk, who has lived in North America since joining the Atlanta Thrashers as an 18-year-old in 2001. 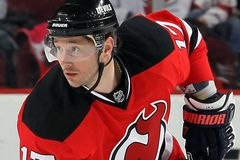 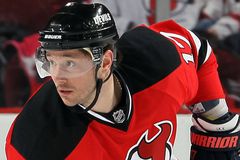