The National Hockey League, National Basketball Association, Major League Baseball and Major League Soccer announced on Monday night that they were enacting measures to prevent the spread of the novel coronavirus.

In a joint news release, the four leagues said that all team locker rooms and clubhouses would be open only to players and essential employees of the teams until further notice.

The decision was made in consultation with infectious disease and public-health experts and cited the risk caused by close contact between players and members of the press before and after games.

“We will continue to closely monitor this situation and take any further steps necessary to maintain a safe and welcoming environment," the statement said.

The measure officially goes into effect on Tuesday.

In Toronto on Monday, the Maple Leafs put the policy in place for the first time after a practice session at Scotiabank Arena.

For the time being at the facility, one-on-one interviews will no longer be conducted with Leafs players. Instead, they will stand at a podium while they answer queries in a room adjacent to their dressing quarters.

The flu-like illness that began in China at the end of last year has caused almost 4,000 deaths worldwide and sickened more than 110,000 people. Seventy cases have been confirmed in Canada, which recorded its first fatality on Monday, a resident of a seniors home in North Vancouver. There are more than 600 cases in the United States, and 22 deaths.

“As far as it affects us, it is secondary,” Sheldon Keefe, the Leafs head coach, said on Monday afternoon. “Beyond us, it is a bigger thing.”

The NHL had already banned travel by employees to countries with major outbreaks of coronavirus, and players were told to avoid contact with fans.

“As you all know, the locker room is a very intimate environment … and it may be best to have media accessibility at a podium for everybody’s health and safety, not just the players',” NHL commissioner Gary Bettman said over the weekend. “We’re focused on the fact that the tightness, the crowdedness and the intimacy of postgame availability may need to be adjusted while we’re focusing on the coronavirus."

Two dozen or more journalists regularly attend Maple Leafs games and practices and crowd into the dressing room afterward. Players are sometimes surrounded by rows of reporters three and four deep as they speak in front of their lockers or when they answer questions in a tight scrum at the back of the room. They are easily the most widely covered team in pro hockey, the sport’s equivalent of baseball’s New York Yankees.

Citing health concerns, several teams denied journalists access to their dressing rooms after games over the weekend. Last week, Seattle’s expansion team postponed a seat-selection process that would have brought a large number of fans to a preview centre.

On Monday, NBA teams were told to prepare contingency plans to play games with only essential staff on hand.

Toronto plays at home on Tuesday and Thursday against Tampa Bay and Nashville, respectively. Hand-sanitizing stations have been set up throughout Scotiabank Arena and other venues around the league.

Morgan Rielly participated in a full practice with the Leafs on Monday for the first time since he suffered a broken foot on Jan. 12. He could return to the lineup as early as Tuesday or Thursday.

Rielly said the evolving health scare related to the coronavirus is being talked about by players.

“As far as the virus goes, it is not our place to make any kind of statement,” Rielly said. “The league has taken action and the team has doctors in place to deal with this sort of stuff. We do what we are told. We are in good hands. We want to take all the precautions necessary.”

Rielly said he has not thought about the possibility that games could be cancelled or played without fans, or that the Stanley Cup playoffs could be delayed.

Toronto captain John Tavares said he has made few concessions to his normal routine other than washing his hands and using sanitizer more often.

“There is no question that I want to play with people in the building,” he said. “I hate playing a what-if game. Hopefully, this doesn’t come to that.”

Players were escorted into a designated media room at Scotiabank Arena on Monday and stood at the front of the room with two to three metres between them and journalists.

“This is different,” Auston Matthews said, wearing a white tuque and a black sweatshirt with the words “Anti Social Social Club” printed on the front.

He acknowledged players are talking about it, but is unsure what to make of the situation.

“I’m no doctor,” he said. “I’m letting health officials guide that process and will go from there.”

Teammate Jason Spezza said he is trying not to think too far ahead.

“You try not to let your mind wander,” he said. “I think there are empty stadiums [in Europe] where they’re still playing games. As players, we still want to play games and we’ll see where this goes, but at this point we’re not at that stage.

“There is no point in being scared about something that you don’t know is going to happen.” 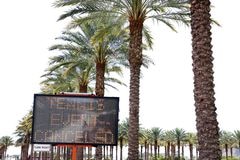 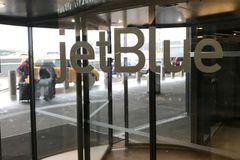 All of Italy placed into lockdown after surge in coronavirus infections and fatalities
March 11, 2020 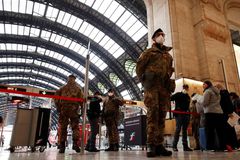