NHL players are staying away from rinks and self-isolating during the coronavirus pandemic that has put their season on hold.

Players have been instructed to remain at home in their team’s city and avoid practice facilities and crowded places. Within the next two weeks, they could be allowed to return and skate and work out in small groups while games are not being played.

“What we now asked our clubs and our players to do is to go home, isolate to the extent possible for the next few days,” Commissioner Gary Bettman said Friday. “How many days exactly we’re working on with the medical people. And then we’ll be looking to progress in terms of activities once we get a handle on whether or not anybody in the short term is going to test positive.”

The NHL and NHL Players’ Association laid out more specific guidelines and sent them to players and teams in a memo read to The Associated Press by a person spoke on the condition of anonymity because the memo is private.

The memo states team facilities are currently closed to players, except those requiring treatment for what the memo refers to as “disabling injuries.” The next step, following the direction of health officials, would be opening the facilities and allowing players to skate and work out in small groups.

Idealistically, NHLPA executive director Don Fehr said team facilities would open to players by next week, though he noted there are variables that could push back that timeline.

Agent Pat Brisson, who represents Pittsburgh star Sidney Crosby and others, is advising his clients to be safe and take precautions but also open-minded and positive.

“At the end of the day, I do believe we will continue,” Brisson told The AP. “It’s a time to also reflect, whether we have four or five days or a week, you can relax, recharge, recover and realign yourself and reset.”

After announcing Thursday the season would be put on “pause,” Bettman remains optimistic of resuming play and eventually awarding the Stanley Cup.

“That would be the goal,” Bettman said in a phone interview with The AP and the NHL’s website. “Health, safety, well-being of the NHL family, especially and including our fans, is most important. If the business considerations and the money were the only thing, then we and a bunch of others would keep playing.”

Bettman and Fehr each independently said they were not aware of any player testing positive for the new coronavirus. They added they can’t be certain no one is feeling ill or awaiting test results.

A spokesman for the Carolina Hurricanes said broadcaster John Forslund was feeling fine and had not been tested but was self-isolating after using a hotel room previously occupied by someone who tested positive for COVID-19. The NBA’s Utah Jazz, who had players Rudy Gobert and Donovan Mitchell test positive, were at the hotel just before the Hurricanes.

It was Gobert’s positive coronavirus test prior to a game Wednesday night that shifted talk from playing in empty arenas to postponing entirely. Bettman told owners the first positive test result by any player would mean “all bets are off.” There are some 700 players among the 31 NHL teams across North America.

“It was clear to me that no matter what scenario we came up with that we continued to play with, either with or without fans, it was inconceivable, certainly unlikely, that we were going to get through the rest of the regular season at minimum without somebody testing positive,” Bettman said.

Unlike NBA Commissioner Adam Silver, who said his league’s season would be suspended at least 30 days, Bettman would not put a time frame on the NHL hiatus. The Stanley Cup is typically awarded in early June after two months of playoff games.

“I think the scope of what this is still unknown to all of us,” agent Stephen Bartlett told The AP. “I think the only thing that we can counsel people is to take a deep breath and take whatever steps necessary and prudent to keep yourself healthy. And rest assured, especially for our athlete population, that those guys are in the very best of shape.”

Players are in midseason shape with roughly a dozen games left before the playoffs.

“It’s very difficult for the players, but at the same time, you have to also appreciate what’s going on in society,” agent Allan Walsh said. “The players do realize that we’re dealing with a life and death situation for many.”

Players seem to be on board with the NHL’s response. San Jose Sharks forward Evander Kane tweeted the NHL “has done the right thing in taking this pause to help the risk of spreading this virus.”

Bettman said it is not the NHL’s independent call when to resume play and did not rule out the possibility of games in empty arenas. Fehr expects any decisions on returning to play to be a joint effort between the league and NHLPA.

“During this period, everybody’s trying to do the best they can and to work things out so that we can stay on the same page and make the resumption of play as smooth as possible,” Fehr said.

No one really knows what that’ll look like. The NHL is working on a variety of contingency plans, all of which include trying to play a full 82-game season in 2020-21 – even if that means starting later.

“This is a rapidly evolving situation and there are a lot of unknowns and we’ve got to make sure that we understand all the ramifications of everything that’s coming at us and how we respond,” Bettman said.” And most of all, we want to do the right things and use common sense.” 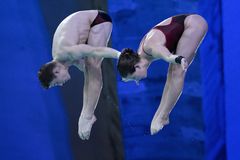 PGA suspends The Masters in response to coronavirus outbreak
March 13, 2020 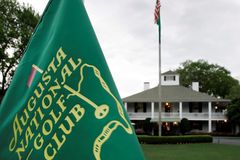 Formula One calls off Bahrain and Vietnam GPs due to coronavirus outbreak
March 13, 2020 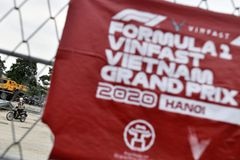