The NHL announced this week it’s getting into the gambling business.

The league signed an agreement to provide casino giant MGM Resorts International with data for use in betting where it’s legal in the United States.

So what does the announcement mean for Canadian hockey fans? Not a whole lot in the short term, unless they’re planning to make a trip south of the border to place a bet.

The U.S. Supreme Court opened the way for expanded gambling last spring when it ruled states could now accept sports wagers. Canada allows parlay, or multigame, bets run through lotteries in each province, but doesn’t permit wagers on single events.

NHL commissioner Gary Bettman told reporters in New York that the league’s seven Canadian teams “have been working with the lottery authorities who control gambling on a provincial basis.”

“I think that will continue,” Bettman said Monday. “I know there have been a lot of discussions about going to single-game betting as opposed to parlay, which is what currently exists. As the law evolves, you will see our evolution in dealing with it.”

MGM, which struck a deal with the NBA and WNBA in July, is the NHL’s first official betting partner.

The league had long been opposed to wagering on its events, but Canadian Gaming Association (CGA) president and CEO Paul Burns said the change to U.S. laws forced the NHL to revise its position.

He added the pact with MGM is also good news for Canadians hoping for the opportunity to one day plunk some money down on a legal, single-game wager on home soil.

“It marked a departure for the NHL, especially here in Canada,” Burns said in an interview with The Canadian Press. “As the country’s most popular sports league, it was important when they were not in favour of amending the law. Now entering into these types of agreements, we welcome it. We’re encouraged by it. Hopefully they will help get the laws changed here in Canada.”

Las Vegas-based MGM is gaining access to proprietary NHL data that could eventually include puck- and player-tracking information once the system goes through a testing phase.

Bettman repeatedly cited “fan engagement” in the United States as one of the big bonuses of the deal for the league. There have been previous attempts to amend the Canadian Criminal Code to allow for single-game wagers, including private member’s bill that died in the Senate before the 2015 federal election.

Burns said the CGA has business, labour, law enforcement – Canadians wager and estimated $14-billion a year illegally, according to organization’s statistics – and municipal governments on board with getting single-game wagering approved.

Now the NHL has made it clear it’s also open to the idea.

“The last remaining stakeholder that had concerns and objections were professional sports leagues,” Burns said. “They’ve now changed their positions. We don’t see any impediments to get the Criminal Code amendment done here in Canada.”

The only thing able to slow down Elias Pettersson this season was a concussion. Vancouver’s rookie centre was forced to sit out two weeks with the injury, but still has an eye-popping seven goals and three assists in his first seven games. The Swede scored twice against Minnesota on Monday, including a ridiculous shot that went off the crossbar and in on a breakaway. Pettersson, who was set to play Wednesday at against Chicago, is the 21st player in NHL history to score at least seven times through the first seven games of his career, and just the eighth to do it since 1943-44.

Carolina centre Sebastian Aho set up his team’s first goal against Boston on Tuesday to join Wayne Gretzky and Ken Linseman as the only three players to begin a season with an assist in 12 straight games. Gretzky had seven goals and 20 assists over the first 12 games of 1982-83 with Edmonton, while Linseman had two goals and 19 assists with Boston over the same span in 1985-86. Aho has four goals and 13 assists so far in 2018-19.

Winnipeg star Patrik Laine scored 44 goals in 2017-18, but has just three – all on the power play – so far this season. Recently demoted to the fourth line, the 20-year-old winger has five points in total, with all but one coming at even strength. It’s possible the pressure and attention of Winnipeg’s two games against Florida in Laine’s native Finland as part of the NHL Global Series has been weighing on his mind, but something clearly isn’t right. 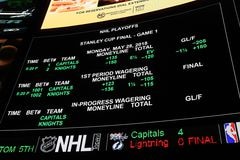 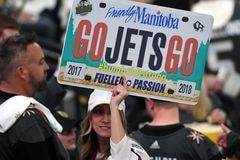