Carey Price, the goaltender who recently carried the Montreal Canadiens to the Stanley Cup final, voluntarily stepped away from the team on Thursday to seek help through the NHL’s player-assistance program.

No other details were provided in a news release filed jointly by the NHL and the NHL Players’ Association. The program helps players and their families with mental-health issues, substance abuse and other matters.

Marc Bergevin, the Canadiens’ general manager, said it is anticipated that Price will be in treatment for at least 30 days. He underwent knee surgery this summer and was also said to be suffering from an undisclosed illness.

In a message shared on Instagram, Price’s wife, Angela, said he made the decision for himself and his family. The couple have three children.

“Part of the privilege of being in the position our family is in, is that we also get a public platform to show how there is and can be a path for anyone who is struggling,” she wrote. “No matter what is on the line, we hope we can communicate the importance of putting your mental health first not just by saying it, but by showing up and doing the work to get better.

“it’s incredibly important to show our kids that asking for help and letting yourself be supported by others is not just OK, but encouraged – any time, and under any circumstance.”

Price, 34, has spent his entire 14-year NHL career playing for Montreal. He earns US$13-million a season and will be an almost certain first-ballot Hall of Famer when he retires. He has won the Vézina, Jennings, Ted Lindsay and Hart Memorial trophies, as well as Olympic gold with Canada. In annual surveys distributed among fellow players, he has been chosen the league’s best goalie multiple times.

The news was met with surprise around the league and prompted an outpouring of encouragement.

Winnipeg Jets head coach Paul Maurice, whose team was swept out of the second round of the playoffs largely because of Price’s gutty performance, offered his support.

“Our responsibility now is that Carey Price is looked at as a courageous leader,” Maurice said. “He’s got a challenge that he is dealing with, and because of what he does for a living, it’s public. The kid with the Carey Price jersey, we still want him wearing it the next day. That’s the goal. It’s not bad, it’s not a stigma and I’m happy he’s getting help.”

Maple Leafs captain John Tavares said the team wished him “nothing but the best.

“We were talking amongst each other in the [dressing} room, and we all feel for him and his family,” Tavares said after an afternoon practice at a community rink in Gravenhurst, Ont. “As much as we compete, in many ways, we can all relate to the struggles at times and the difficulties, in life and in the game, and the ups and downs we face as human beings.”

Price’s spectacular play during the 2021 postseason helped the Canadiens reach the final round of the Stanley Cup for the first time in 28 years. The run through the playoffs began with a come-from-behind series victory over Toronto.

“I am rooting for him,” said Auston Matthews, the Maple Leafs superstar centre. “We all wish him the best with what he is going through. He is an amazing goalie and he is great for the game.”

Price was born in Vancouver and grew up in Anahim Lake, B.C., where his mother, Lynda, is chief of the Ulkatcho First Nation. He was taught to play goalie on a frozen pond by his father, Jerry, a former goaltender who was drafted by the Philadelphia Flyers.

Price was six days away from the start of another campaign when he went on medical leave. The Canadiens and Maple Leafs kick off the regular season on Oct. 13 at Scotiabank Arena.

Bergevin said he only learned on Wednesday that Price needed to take time off.

“I didn’t see it coming,” Bergevin said in Montreal. “It’s the elephant in the room sometimes. We don’t say anything and it’s very personal. Your hockey career only lasts so many years, but you have the rest of your life – your kids, your family – and that’s the most important thing.

“If there are other players who have different issues, I think the NHL and NHLPA are really looking out for their well-being, and I commend them for doing that.”

He asked that people support Price’s family and respect their privacy.

“The amount of people that will be helped by a guy of this magnitude coming out and saying he needs help will be astronomical,” Weise wrote. “People including myself have no idea what it’s like to be Carey Price. The weight and pressure he has had to carry for so long is unimaginable and the way he has done it has been incredible.

“He is one of the best teammates and people I have ever played with.” 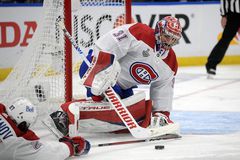 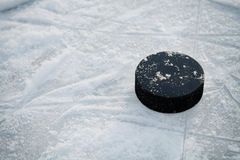 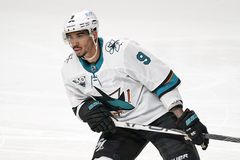 Follow Marty Klinkenberg on Twitter @globemartyk
Report an error Editorial code of conduct
Due to technical reasons, we have temporarily removed commenting from our articles. We hope to have this fixed soon. Thank you for your patience. If you are looking to give feedback on our new site, please send it along to feedback@globeandmail.com. If you want to write a letter to the editor, please forward to letters@globeandmail.com.
Comments are closed