When a board member from the Canadian Women’s Hockey League reached out to her about a unique opportunity, Jayna Hefford jumped at the chance.

“It’s something I was certainly excited about,” Hefford said in an interview with The Canadian Press on Sunday. “From being a player to a university coach to now having this greater impact, it’s a positive influence I’m hoping to provide.”

The four-time Olympic gold medalist was named the league’s interim commissioner on July 19, just a day after Brenda Andress, its inaugural commissioner, announced her resignation.

Under Andress, the league expanded from four teams to six. The league also expanded into the United States and China and secured Canadian broadcast rights with Sportsnet.

Speaking at the CWHL draft, the soon-to-be Hall of Famer aims to pick up where Andress left off.

“I don’t know if people understand how incredible it is. I think just building up the players and their profiles and understanding that there is some pretty incredible talent here is something we possess every weekend on the ice.”

Hefford presided over her first CWHL draft on Sunday and watched as 65 different players found teams to advance their hockey careers.

“In my playing days, I didn’t have an opportunity to go through a draft,” Hefford said. “As a young girl, you’d watch the NHL draft and see the excitement around that. It’s so nice to be a part of something that is so positive and I know this is going to have an impact on these girls for a long time.”

The CWHL Draft operates differently than its male counterparts. The first couple of rounds are designated as ‘presigning’ rounds and those were announced just before the event got under way. Prospective players paid a $150 entry fee and were able to select the region of their choice, giving them the ability to control where they can be chosen.

The Worcester Blades had the first selection and announced defenceman Lauren Williams as the top overall pick in the draft, who will be attending graduate school in nearby Springfield, Mass.

Hamilton native Sarah Nurse, who presigned with the Toronto Furies, was the second overall selection.

“Growing up in Ontario, so many of us kids grow up looking up to the Leafs so I want to be able to be that for little girls,” Nurse said. “To look up to us and want to play for the Furies one day.”

Women’s hockey continues to have two competing leagues in North America. In addition to the CWHL, which is a non-profit organization that began paying its players last season, there is the National Women’s Hockey League, which operates on a for-profit model.

Hefford has been vocal about the need for just one league to exist if the sport is to continue to grow.

“It’s a difficult situation because operationally the two leagues operate very differently,” Hefford said. “In my mind, I’m trying to simplify it that we need all of the best players in one league and there has been all of this talk about one league. But what one league really means could be very different to me, to you and to the next person. I don’t know what that one league is right now.”

Hefford says she has not talked with the NHL about a broader partnership. Her focus is solely growing the league she has been installed to lead.

“I believe in the people leading this league so we’re going to try and attract the best players here,” she said. “If we get to the point it is some sort of a merger, great. If we get to a point where the NHL gets involved, great. I don’t want to speculate on that. My vision is getting all of the best players in one league." 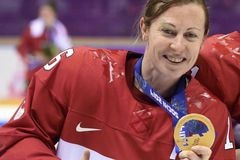 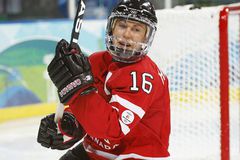 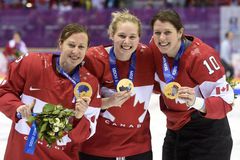