Everett Fitzhugh grew up in Detroit. Unlike other kids in his neighbourhood, he fell in love with hockey at a young age. “When I wheeled my net out, [other kids] looked at me like I had two heads,” he says.

Kyle Boyd’s father was the first Black team physician in the NHL. Kyle grew up wearing No. 12 – the same as Jarome Iginla. “The thing that stands out for me is that, as a player of colour, there were not many heroes to look up to,” he says.

When she was a senior in high school in Pennsylvania, De’Aira Anderson told a guidance counsellor that her dream was to work in communications for a pro hockey team. “We joke that I kind of manifested my job,” Anderson says.

All three have converged as co-workers with the Seattle Kraken – and it is not by accident. The NHL’s newest team has gone out of the way to fill its staff with employees who reflect the multicultural makeup of its community. In doing so, it stands out as the most diverse franchise in the league.

“We are building a little different organization, and it has led to a better culture, self-esteem and pride,” says Tod Leiweke, the club’s part-owner, president and chief executive officer. “This is about doing the right thing, and doing the right thing for the game we love. We are better for it, no question.”

When the Kraken begins play next season, Fitzhugh will be the NHL’s first Black full-time play-by-play announcer. Boyd was hired as youth and community development director, and his sister, Kendall Boyd-Tyson, was brought in as vice-president of strategy and analytics. Anderson is corporate communications manager and the lone Black woman serving in that capacity in the league.

“I don’t see it as an issue to beat our chest on, but I am proud of it and emotional about it,” Leiweke said. “I love the game so much, and I don’t think of diversity as a challenge.

“This is an incredible privilege, and with every privilege comes obligation, and with obligation comes doing things right. You might have to look a little harder, but candidates are out there.”

Anderson was chosen for her position from a field of 550 applicants. “De’Aira’s hiring was interesting to me,” says Katie Townsend, the Kraken’s senior vice-president of marketing and communications. “There were a lot of people I knew and a lot who were recommended to me that I thought would be good at it.”

From the interview process on, she was everyone’s favourite.

Fitzhugh says he was in third grade in the late 1990s when he watched a game between the Edmonton Oilers and Detroit Red Wings on television. He remembers that Georges Laraque, Mike Grier and Sean Brown were all playing for the Oilers at the time. All are Black.

“Hockey was dominated by white men,” Fitzhugh says. “When I saw that, I knew I could have a place in the game. I knew I belonged.”

Fitzhugh attended Bowling Green University and did play-by-play for its men’s hockey team. He also worked for one season in the USHL, and for the Cincinnati Cyclones, the Buffalo Sabres’ affiliate in the ECHL.

After a story about him appeared in The Athletic, he was contacted by the Kraken, which was searching for the voice of its team.

“I never expected to hear from someone in the NHL,” Fitzhugh says. “I thought some of my Cyclone friends were playing a joke on me.”

“It’s an honour and a dream to work for an NHL organization when you see the strides that have been made,” Fitzhugh says. “When I was hired, it was the best day of my life.”

Boyd was skating at a rink in the Seattle suburbs the year before last when he nearly bumped into Leiweke, who was also out for a public skate.

“He was flying around the rink and I made a point to catch up to him,” Leiweke says.

Leiweke chatted him up, handed over a business card and invited him for a coffee at – of course – a Starbucks.

A couple of weeks later, all three met for coffee and Leiweke was impressed.

“My immediate reaction was, ‘Wow!’” he says.

Kendall has a master’s degree from the Yale School of Management and a bachelor’s in industrial engineering from Georgia Tech. Her brother has a bachelor’s degree in history from Dartmouth and a master’s in education from the University of Missouri-St. Louis.

Kendall played one year of organized hockey as she grew up, and was the captain of a club team at Yale. Kyle played minor hockey in his youth and also played for a club team at Dartmouth.

“I was genuinely aware at a young age that it was rare to find people like me in this game,” he says. “I would look at the other major sports and yearn for that same culture. Usually, I was the only Black player on the team.

“The reality is that for those that do play, it won’t be in a critical mass. When that is the case, you feel different from everyone else.”

To reach the most diverse group of people possible, Kyle says the Kraken is building its practice facility in the densest part of Seattle in an area where there are no other rinks.

“It wouldn’t be of benefit to have a building with three sheets of ice in the suburbs,” he says. “It is important that we go to places where we can interface with the community, with neighbourhoods, schools and Boys and Girls Clubs.

“We want to get balls and sticks out to those groups and then think about the pathways for them to get to our facilities. We are in an exciting and amazing space to grow our own programs.”

Leiweke has a long history in pro sports. He is the former CEO of the Seattle Seahawks, was the president of the expansion Minnesota Wild, served as the acting president of the Portland Trail Blazers, was the CEO and minority owner of the Tampa Bay Lightning, and the chief operating officer of the NFL. His older brother Tim used to run Maple Leaf Sports and Entertainment.

“Seattle is a little different from other places,” he says. “You go back 100 years and it was kind of the last stop on the road. People here are definitely pioneers at heart.

“I understand the fans’ sensibility and the social conscience here.” 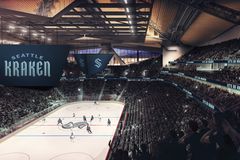 Back in the great outdoors, NHL returns to roots
February 19, 2021 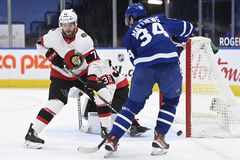