Given the clucking on traditional and social media over John Tavares, it seems a lot of people forgot the term fan comes from fanatic.

First, there was great unhappiness at the way many New York Islanders fans expressed their great unhappiness when Tavares returned to Long Island for the first time since he departed for the Toronto Maple Leafs, his hometown team. There were sweater burnings, many rude signs, jeers, taunts, boos and at least one Tavares Islanders sweater thrown near him as he left the ice following the warmup last Thursday.

The fans’ sense of betrayal was not eased by the fact Tavares patiently served as the lone bright spot on a team plagued by comical management during all of his nine seasons there. Nor were they appeased when the Islanders unexpectedly got better when Lou Lamoriello was signed as general manager shortly before Tavares left.

Second, there was more unhappiness – not as much, but still significant – when Toronto’s fans took it upon themselves to buck up the poor fellow when the Leafs returned home Saturday to play the Buffalo Sabres. Even Toronto Mayor John Tory got involved, tweeting, “Don’t let the haters get you down @91Tavares, you’re home now and we’re proud you’re here in Toronto! #TavaresDayTO.”

The fans at the game cheered Tavares wildly when he came out for the warmup. The Leafs even showed an unexpected sense of occasion by moving his name to last during the announcement of the starting lineup. Then his teammates slid out of the spotlight to let Tavares bask alone in the long and loud ovation.

“It was a pretty special moment, certainly, to be recognized like that,” Tavares said. “To get the support from the city and the fans shows you why it's special to be a Maple Leaf. Definitely got some goosebumps and a nice little boost there.”

And of course Tavares scored the first goal on his second shift of the game and added two assists in a 5-2 win over the Buffalo Sabres. Everyone went home feeling as warm and fuzzy as an Adele concert. Only a churl would point out the win came over the Sabres, a struggling outfit playing the second of back-to-back games and it was the least the Leafs could do after a no-show in Uniondale, N.Y., behind Tavares on Thursday night.

However, there were soreheads who interrupted the figurative kumbaya chorus to complain that Leafs fans lacked the hauteur befitting the centre of the hockey universe. “A meaningless overreaction,” one fellow grumped on Twitter. “Thought we, as a hockey town, were bigger than this.”

Well, no. Fanatics, by definition, are lunatics. Overreaction is part of the deal. But both the Islanders and Leafs fans can do what they like as long as it doesn’t involve an assault on the player in question.

Not that we should be too concerned with Tavares’s psyche after what must have been an unpleasant night at work on Long Island. He gets 11 million reasons a year to feel better, paid out over the next seven years.

But if you must feel bad for a twenty-something millionaire, how about Connor McDavid? He’s merely been the best at his job for much of the past three years while too many of the people running the Edmonton Oilers have been among the worst in the NHL at theirs.

In four seasons with what was supposed to be the team of the future, McDavid has been in the playoffs once. There is no certainty any of that is going to change any time soon.

Then again, in a few years he can do what Tavares did – leave for greener pastures.

A very short playoff run awaits the Toronto Maple Leafs unless they can learn quickly about the new toughness
March 2, 2019 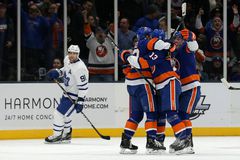 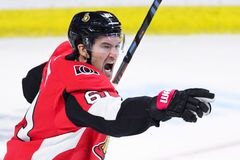 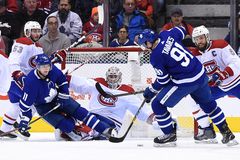