By the end of his rookie year, Gilles Lupien, aged 24, had accomplished more than he’d ever dreamed in the game of hockey. His name had been engraved on the Stanley Cup. He’d played alongside the likes of Guy Lafleur and Yvan Cournoyer. He’d felt the Montreal Forum rumble with choruses of “Loo-pyan, loo-pyan, loo-pyan” any time fans felt an opposing brute needed some rough justice.

During a walk in the city that year, 1978, he was contemplating his good fortune when he overheard a kids’ road hockey game where duelling players referred to themselves as Lafleur and Lupien. The 6-foot-6 bruiser, ever realistic about his own modest talents, was stunned.

“It’s a funny feeling,” he told The Globe and Mail’s Allen Abel. “I never dreamed of this. It’s okay to have a dream if you have the talent to make it come true, but I know I’m not very good.”

He spoke in that interview like a man who’d peaked too early in life and would spend the next decades struggling for an identity. It would prove to be a laughably false impression. Over the four decades that followed, he would become one of the game’s most successful and outspoken player-agents, a role that brought endless clashes with hockey establishmentarians who downplayed the pervasiveness of drugs, fighting, undereducation and sexual abuse within the game.

Raised in a deeply religious household in Brownsburg-Chatham, Que., about 67 kilometres northwest of Montreal, the expectations of adults forced him to develop a finely tuned moral compass from an early age. At school, teachers would tap the towering boy to keep other kids in line. Hockey coaches, meanwhile, would goad him into brawling.

He would complain later in life that the world had thrust him into the role of heavy when all he wanted to do was play like other children.

Hockey would provide that outlet. His game lacked grace, but coaches saw utility in his long limbs during an era when bear hugs and clotheslines were standard practice. He left home at 16 to play for the Quebec Remparts and Sherbrooke Castors in the Quebec Major Junior Hockey League, totalling 10 points in 62 games. As a spindly teenager, he was ordered to fight, something he would equate to child abuse later in life.

During his final game with Sherbrooke, he refused an order to fight from coach Ghislain Delage. Afterward, the coach berated him in front of teammates and spit on the teen’s shoes.

“And so my dad took off his jersey and quit on the spot,” said his son, Erik Lupien.

Later, Roger Bédard, renowned coach of the Montreal Bleu Blanc Rouge, coaxed him back into hockey with the assurance that he’d never force Mr. Lupien to fight. The coach kept his vow for the first four games, so Mr. Lupien decided to show his appreciation by lining up alongside the toughest opposing player in the next game and knocking him down with a single punch.

The trust in Lupien’s game led to his most productive season: 32 points in 44 games.

It was to be his last flash of offensive prowess, as later coaches saw more value in his physical presence during an era when the Philadelphia’s Broad Street Bullies and Don Cherry’s Big Bad Bruins had concussed much of the league into submission.

After a second-round selection in the 1974 NHL draft, one round behind Mario Tremblay, he ended up with the Nova Scotia Voyageurs, the Canadiens farm team. His role as a guardian began to solidify, both on and off the ice. He and Mr. Tremblay rented an apartment and bought a car together.

“It was a ’67 Impala,” recalls Mr. Tremblay, who would spend 12 seasons with the Canadiens. “He was like my private driver. And because he was perfectly bilingual, he’d even order in restaurants for me. We became great friends.”

Mr. Lupien would get called up with the parent club in 1978, spending two Cup-winning years with the Canadiens before splitting his two final seasons between the Pittsburgh Penguins and Hartford Whalers.

Upon retirement, he went into business buying real estate with half a dozen other players, eventually branching into negotiating player contracts. He liked the work and proposed building a full player agency. His partners refused, so he pulled out of the company and launched on his own.

Eventually the agency would grow to include some of Quebec’s most prominent NHL talent, including Roberto Luongo, Martin Brodeur, Corey Crawford and Felix Potvin.

He often told his son that life was simple: “There is black and there is white, but never grey,” Erik Lupien recalled. “When it’s grey, someone is lying.”

That philosophy led to some controversial positions, all intended to protect young players. He chastised the country’s junior hockey system for prioritizing long bus rides over academics, and declared that half the junior hockey players in Quebec used some form of drugs. He wanted fighting to be banned from junior hockey. The positions drew jeers from the likes of Mr. Cherry.

The junior leagues ushered in a drug-testing policy about two years later and the QMJHL now grants nearly $700,000 in scholarships to more than a hundred players.

“What he was saying didn’t always please the establishment, but he was right, " Mr. Tremblay said.

One junior client once phoned him to complain that a coach had touched him inappropriately. Mr. Lupien raised a stink with the league, but nothing was done. A few years later the coach, Jean Bégin, was convicted for seven sexual offences against boys.

“The league, the newspapers, they never talked about this,” Mr. Lupien later told The Globe. “When it comes to men and hockey, there’s this notion that we have to hide anything bad.”

He told prospective clients he was far more interested in their moral development than their athletic prowess.

Enrico Ciccone recalls being mesmerized at the age of 15 the first time he and his family sat down with Mr. Lupien. “He never talked about hockey,” said Mr. Ciccone, who played nine NHL seasons before going to work for Mr. Lupien’s agency and earning a seat in the National Assembly in 2018. “His approach was that he wanted to work on the person, on the human being. If you’re a productive human being that will give you a better chance of reaching any goal you set.”

When Mr. Brodeur was one of the top goaltenders in the game, he disagreed with Mr. Lupien, then his agent, over how much the New Jersey Devils should pay him. Mr. Lupien dropped his marquee client on the spot, telling the goalie he was fully capable of negotiating a contract on his own.

The move was in keeping with Mr. Lupien’s credo that players should be self-reliant. He ran a summer camp for his clients where accountants and psychologists would give seminars on how they could manage their money and their minds.

“Some firms today manage the players’ assets for them, but my dad didn’t want any part of that,” Erik Lupien said.

Taking care of his players meant treating them as sons. Mr. Ciccone said his agent always called after he’d had a bad game or, later in life, a poor showing on the floor of the National Assembly. “He’d call and say he saw me on TV and ask if everything was okay with me because I’d used some heated language or something,” Mr. Ciccone said. “He was a security blanket for me from age 15 to 51. That’s why his death has been so difficult.”

Mr. Lupien was diagnosed with metastatic cancer in March. Earlier this month, as his son Erik helped his father prepare for palliative care, the elder Mr. Lupien remained selfless.

His son recalled: “We were leaving the house for the very last time and he says, ‘Erik, we need to do up some cheques, I need to pay for school for two of the kids.’ These were two former junior players. He’d been paying for their university education. He did this for countless kids over the years. It was just so typical.”

On May 27, in an emotional speech, Mr. Ciccone introduced a motion to commemorate his mentor’s passing with a moment of silence. It passed unanimously. 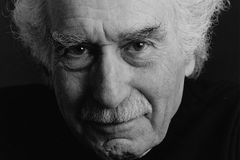 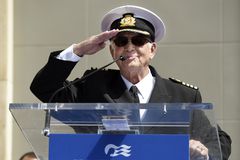 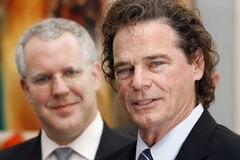