Goalie musical chairs and a team adding some much-needed sandpaper up front were among the early storylines as NHL free agency opened Friday.

The Vancouver Canucks signed netminder Braden Holtby to a two-year, US$8.6-million contract as part of the leaguewide crease carousel.

The deal for the 31-year-old, who helped lead the Washington Capitals to their first and only Stanley Cup in 2018, also signalled an end to Jacob Markstrom’s time in Vancouver.

The 30-year-old Markstrom is expected to ink a big-money deal elsewhere.

Meanwhile, the Capitals replaced Holtby with Henrik Lundqvist, signing him to $1.5 million, one-year contract after the veteran was bought out by the New York Rangers following 15 seasons in the Big Apple. The 38-year-old long-time face of the Rangers will split net duties with youngster Ilya Samsonov.

“Henrik is one of the greatest goaltenders in NHL history,” Capitals general manager Brian MacLellan said. “We feel he will be an excellent fit for our team and provide leadership to our organization and our young goaltenders.”

Cam Talbot is also switching teams, waving goodbye to the Calgary Flames and signing a three-year, $11 million with Minnesota. The Wild traded former starter Devan Dubnyk to the San Jose Sharks earlier in the week.

The Maple Leafs added some grit up by signing winger Wayne Simmonds to a one-year, US$1.5-million contract shortly after the market opened at noon ET.

The 32-year-old from Toronto has registered 251 goals and 499 points in 909 career games with the Los Angeles Kings, Philadelphia Flyers, Nashville Predators, New Jersey Devils and Buffalo Sabres over his 12 NHL seasons.

The 61st pick in the 2007 draft by Los Angeles has added 21 points (eight goals, 13 assists) in 44 playoff outings, and adds toughness to a talent-rich roster that GM Kyle Dubas said earlier this week needs to be harder to play against.

“I talked to a few teams and the decision was made to come home because of what the city means to us,” Simmonds said. “There were other options where I probably could have squeezed out a little bit more (money), but it made the most sense for my family.”

The Edmonton Oilers added centre Kyle Turris, who was recently bought out by the Nashville Predators, on a two-year contract worth a reported $3.3 million.

Bobby Ryan found a new home in Detroit, inking a one-year pact with the Red Wings after the 2020 Bill Masterton Memorial Trophy winner was bought out by the Ottawa Senators.

The Winnipeg Jets made the day’s first big move – albeit on the trade front – by reacquiring veteran centre Paul Stastny from the Vegas Golden Knights for defenceman Carl Dahlstrom and a conditional fourth-round draft pick in the 2022 draft. Acquired by the Jets from the St. Louis Blues at the 2018 trade deadline, Stastny left the Manitoba capital via free agency that summer following Winnipeg’s run to the Western Conference final.

The Columbus Blue Jackets started moving chess pieces around their board Thursday with a couple of moves, including buying out centre Alexander Wennberg and trading defenceman Ryan Murray to New Jersey for a draft pick.

Markstrom was hot commodity in a busy goalie market, and thus commanded a big number from the Flames.

The biggest name available in free agency is St. Louis Blues defenceman Alex Pietrangelo, who was unable to come to terms on a new deal. Star winger Taylor Hall was acquired by the Arizona Coyotes from the New Jersey Devils in December, but he looks set to leave the desert in free agency.

The economic fallout from the COVID-19 pandemic, which shuttered the NHL before the league eventually completed its 2019-20 campaign with a 24-team restart this summer and fall inside tightly controlled bubbles in Edmonton and Toronto without fans, means that teams are dealing with a flat salary cap of $81.5 million for the foreseeable future.

In short, there’s less money in the system, and less room for many franchises to manoeuvre. The NHL has pushed back the potential start date for the 2020-21 season from Dec. 1 to Jan. 1, but when spectators will be allowed back into arenas remains an unknown for a league that relies on ticket sales for roughly 50 per cent of its revenues. 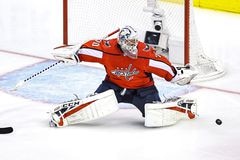 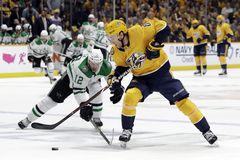 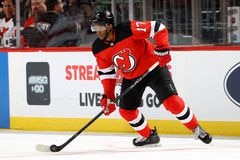