Shea Theodore and Alex Tuch had to have faith.

When the Vegas Golden Knights decided to send them to the minors at the start of last season, Theodore and Tuch chose to believe what general manager George McPhee told them.

“The message was that we were part of the future of this team and he definitely saw us in that long-term plan,” Theodore said.

Within weeks, they were back in the NHL as part of the fastest-starting expansion team in history and played significant roles in the Golden Knights’ run to the Stanley Cup Final in their inaugural season. Each player got a long-term contract before he played his first game this season, and they weren’t alone as McPhee went about the process of turning Vegas from a one-year wonder into a perennial title contender.

He locked up 75-point forward Jonathan Marchessault through 2024, signed face-of-the-franchise goaltender Marc-André Fleury to a three-year extension, inked defenceman Nate Schmidt to a six-year contract that begins next season, signed centre Paul Stastny as a free agent and acquired big winger Max Pacioretty in a trade with Montreal. Those moves have paid off so far with Vegas five points back of first place in the Pacific Division and looking as if its second act could rival its first.

“We have a couple guys signed long term, and it’s fun because it means that we have a core and we’re building something,” Marchessault said. “You want to be part of a story as a hockey player, and it feels like we’re part of one here.”

The Golden Knights’ story was a fairy tale: A team that looked on paper as if it would be among the worst in the league won its division and steamrolled to the final before losing to McPhee’s former team, the Washington Capitals, in five games. Marchessault said he felt in June as if this team could be a legitimate threat for years to come.

McPhee’s job was to ensure that. The veteran executive who got to build the Golden Knights from scratch through a wildly successful expansion draft understood he had the benefit of not having to dig out from bad contracts. But he also shouldered the burden of drawing up a whole host of new ones after one season during which seemingly everyone overachieved.

“We did have a lot of work to do, because most of the guys that we acquired were either free agents or were on one-year deals and their deals had matured and it was time to negotiate again,” McPhee said. “And we just thought, we know what they are, we’re comfortable projecting what they will be in the future and we had the cap space, so why not use it now because cap space is like perishable inventory. If you don’t use it, it’s gone at the end of the year. We just wanted some cost certainty moving forward, so it would help us to plan for things better in the future.”

Fleury got US$7-million a year, Schmidt, US$5.95-million, Theodore, US$5.2-million, Marchessault, US$5-million and Tuch, US$4.75-million. Fleury leads the NHL with 26 wins, Schmidt has played more than 23 minutes a game since returning from suspension, Theodore leads Vegas defencemen with 21 points and Tuch and Marchessault are 1-2 on the team in scoring.

Beyond cost certainty, it was money smartly spent to keep morale up, raise expectations and get bang for owner Bill Foley’s buck.

“When you have a guy believe in you like that, sign you to that kind of a term, you don’t want to make him look bad, and I think every night you want to go out and you want to play your best,” said Theodore, who is under contract through 2025. “I think it’s been paying off for us and hopefully will in the future.”

Even though only wingers James Neal and David Perron and defenceman Luca Sbisa aren’t back from the core group that went to the Cup final, McPhee couldn’t stand pat and think success would repeat itself. He consciously added Stastny, Pacioretty and Nick Holden to replace the lost production and provide an influx of talent.

“When you’re a couple games away from winning, I think you’ve got to try and do whatever you can,” Schmidt said. “You have to add something in order to beat the best teams.”

The way Pacioretty looks at it, McPhee wasn’t scanning the aisles. He was shopping off a specific list. They weren’t part of the playoff run – Stastny was on the Winnipeg Jets team that Vegas beat in the Western Conference final – but brought some more balance.

“They wanted guys like me and Stas to come in and play a little bit of a two-way game,” Pacioretty said. “That’s how we want to help our team. We know that especially offensively that this team last year had guys who were relied upon every night to create. And we still want to be those guys coming in, but we also know that there’s areas on both sides of the puck that we can help this team.”

Injuries have hampered Pacioretty and Stastny so far, but they and the Golden Knights will really be judged in the playoffs. After falling three victories short of a championship, players say the feel as if they have what it takes to win this time, and for years to come.

“As our owner said at the beginning of the year, we just don’t want to be a winning team. We want to have a winning franchise,” Marchessault said. “Last year, we really felt like we have something special, and we have some unfinished business.” 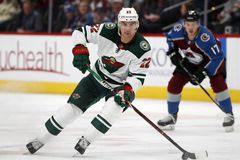 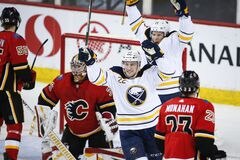 Is this Maple Leafs’ slump a sign they’re not built for a long playoff run?
January 16, 2019 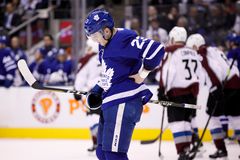