The stands were packed. Hundreds, perhaps thousands, of young fans wearing their hero’s jersey. The sellout crowd of 18,358 cheers wildly when, at the 6:47 mark of the second period, the hero pickpockets a stumbling defenceman and roofs the puck to tie the game and send his team on to a 4-2 victory.

The hero in this Thursday night story at Canadian Tire Centre is Connor McDavid of the visiting Edmonton Oilers. The Oilers are one of the worst teams in the Western Conference – a team that has already fired both its coach and general manager this season – but this night the Oilers effortlessly hand the Ottawa Senators, by far the worst team in hockey, a sixth successive loss.

If Justin Trudeau thinks he has had a bad week in the country’s capital, he should consider what Senators head coach Guy Boucher went through before he was fired Friday morning by general manager Pierre Dorion.

Barely a day earlier, Dorion had said that Boucher and the coaching staff were safe at least until the end of the season, which will come April 6 in a home match against the Columbus Blue Jackets.

In the days leading up to Monday’s NHL trading deadline, Boucher lost the only three players capable of hitting a large net with a small rubber disc. Dorion, with the blessings (many will say instructions) of team owner Eugene Melnyk, sent forwards Matt Duchene and Ryan Dzingel to the Blue Jackets and fan favourite Mark Stone to the Vegas Golden Knights, all in exchange for a variety of unproved players and future draft picks. With Duchene and Stone gone, Boucher was left with a roster of names of which no one beyond the National Capital Commission’s (NCC) Greenbelt has ever heard. As for Dzingel, his star flamed so briefly in Ottawa that few within the Greenbelt had time to learn how to pronounce his name.

In the morning following the loss to the Oilers, Boucher was replaced by his assistant, Marc Crawford. Crawford, 58, will serve as interim head coach while the franchise searches for someone who can, as Dorion put it, “focus on development,” “listen” to feedback, “communicate” and bring new structure and planning “that will enhance our rebuild.” The curious list was seen as a description of everything Boucher lacked.

The 47-year-old Boucher, a decent person who communicates far too much, arrived in 2016 with a reputation of having a coaching shelf life roughly the equivalent of two-per-cent milk. In his first year, the Senators came within an overtime goal of reaching the Stanley Cup final, but the team has been in freefall since, the players long since having tuned out the hyper-controlling Boucher and his assistants.

This was indirectly confirmed Friday when veteran defenceman Mark Borowiecki told reporters that coaching changes usually happen when players have ceased to “buy in” on a coaching message that has become “stale” and “monotonous – [you] start to lose guys a bit.” Goaltender Craig Anderson went even further, saying the team was “stuck in a rut of just doing the same things over and over again.” The time has come, Anderson said, “to be free to be creative.”

Boring hockey and endless losses have made attendance an increasing issue at Canadian Tire Centre for games not featuring McDavid. After a solid year of internal chaos and on-ice ineptitude, the team sits dead last in the NHL. It has parted ways with its captain, Erik Karlsson, now with San Jose Sharks, and all of its top goal scorers. Only five players remain from the long playoff run of, incredibly, less than two years ago.

The Senators have 18 games remaining in their dismal season, twice meeting the likes of the Tampa Bay Lightning, New York Islanders and Toronto Maple Leafs. It is not a soft schedule and with spring being the time for ticket renewals, pressure is mounting to produce some tangible evidence that there is indeed a healthy supply of the only thing the franchise has to sell: hope.

After dismissing Boucher, Dorion met with the players. “I told them that our play recently wasn’t acceptable,” he told a late-morning news conference, “and, moving forward, I didn’t want any more excuses.”

Following the Stone trade – the player quickly signed an eight-year deal with Las Vegas worth US$9.5-million a season – Dorion rather strangely congratulated himself on his work. “This,” he told local radio, “is one of the proudest days I’ve had as a GM.”

Now holding 17 picks in the first three rounds of the next three entry drafts, Dorion asked for fans’ “patience” in this time of a franchise rebuild.

More like a fire sale, angry fans shouted back on social media. They laid the blame for the appalling state of affairs firmly at the feet of Melnyk.

In a move almost as telling as Jody Wilson-Raybould’s cabinet demotion, the Mongolian Village, a small restaurant in the suburb of Nepean, Ont., announced that Melnyk is now “BANNED FOR LIFE” from its premises, though there is no record of him ever being there.

Melnyk had previously announced – in Toronto, as he rarely speaks in this city where fans have put up billboards begging him to leave – that the franchise may be cutting corners today but tomorrow things will change. Once today’s promising youngsters mature – such as 20-year-old Brady Tkachuk and 22-year-old Thomas Chabot – Melnyk said he would spend near to the NHL salary cap from 2021-25, producing “a five-year run of unparalleled success.” This latest rebuild, he claimed “is a blueprint on how to bring the Stanley Cup home to its rightful place in Ottawa.”

Fans will require some convincing. The base has grown increasingly cynical since Melnyk, then considered a saviour, took over the bankrupt franchise in 2003.

As if the week was not already bad enough, on Wednesday the NCC officially declared the plan to redevelop LeBreton Flats and build a downtown arena dead. The month-long attempt to mediate a solution between Melnyk and John Ruddy’s Trinity Development group had failed and their partnership, known as Rendezvous LeBreton, will not be going ahead. Melnyk’s Capital Sports Management Inc. is suing Ruddy and his partners for $700-million; Ruddy’s group is countersuing for $1-billion. The NCC says it will now look at alternative plans for the empty field across from the National War Museum.

Melnyk’s side argues that the project died because Ruddy’s group was also involved in a neighbouring development that would harm the LeBreton prospects.

Rightly or wrongly, it is generally felt around town that LeBreton Rendezvous fell apart because Melnyk does not have the necessary financial means to pull it off.

Melnyk countered that perception with a statement that he was “devastated” by the failure of LeBreton Flats. “However,” he added, “we will not let our vision die or allow our enthusiasm to be diminished by this ill-fated experience.”

This is hardly the first time the Ottawa Senators have been an embarrassing sideshow to whatever crisis, real or imagined, might be gripping Parliament Hill. In their very first season, 1992-93, the team set league records for futility, winning but a single game on the road. The Senators got lost in the fog on a bus in Boston, had players show up with pillows and packed sandwiches to board the chartered plane, fired their mascot for “abusive conduct” and had only one player make ESPN’s “plays of the year” – by falling down the steps leading to the visitors’ dressing room in the old Chicago Stadium. When burglars broke into their Kanata, Ont., practice facility and made off with the team’s video equipment but left behind the game tapes, assistant coach E.J. McGuire called them “burglars with taste.”

The early Senators stumbled but were beloved. The fans cheered for them, embraced them and patiently waited for the team and organization to improve, which it gradually did.

Not so in 2018-19. The fans still embrace the players and desperately hope that the youngsters such as Tkachuk and Chabot become stars – but they fear that once this happens, and a mature Tkachuk and Chabot and others are seeking new and expensive contracts, they, too, will be shown the door.

And yet another “rebuild” will be under way. 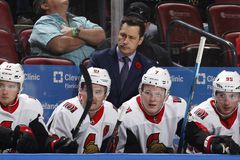 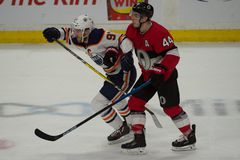 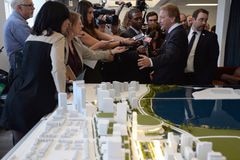