This edition of the Toronto Maple Leafs is in the midst of its first real crisis.

For the most part, the players who make up the roster now and over the past three years have been spared the anger and derision of the fans that so many Maple Leafs of the past came to know. The fans embraced the idea of a tank job to get Auston Matthews, sat through the rebuild and were rewarded when it went a lot faster than expected.

But now, with Matthews and his talented young colleagues stalling in the season they are supposed to challenge for an NHL championship, they discovered what so many Leafs teams did: While there may be no better place to play in the NHL if you are winning, there are not many worse places to be when you are losing.

“All of us in this room are so competitive and we expect so much out of each other,” the whipping boy for the fans, defenceman Jake Gardiner, said Wednesday. “I think the fans are the exact same way. It’s something you never want, but they expect us to win and expect us to play well.

“As a team, I don’t think we were doing well. You hit a boiling point, and we do that the same way in the room. If we’re not playing well we get frustrated.”

The fans hit their boiling point with Monday’s 6-3 loss to the Colorado Avalanche, a team that came into Toronto on a long slide. There were boos at the game, mostly directed at Gardiner for one of those big honking defensive blunders he will make from time to time, and much vitriol on social media.

The Leafs may still sit second in the Atlantic Division, but their 3-4 record since the end of the Christmas break saw the Boston Bruins and Montreal Canadiens pull to within a point of them before Wednesday’s games. Even worse, losses to the Bruins and the Nashville Predators show that the way the Leafs are playing the game will not be nearly good enough come playoff time, when even the most laissez-faire players get fanatical defensively.

Now the question is, as the Leafs prepared for Thursday’s big game against the NHL-best Tampa Bay Lightning, whether this is merely a dip during the dog days of the season or a sign the Leafs are not built for a good playoff run.

“You hope that’s the lowest it will get all season,” Zach Hyman said, referring to the loss to Colorado.

Maybe. The Leafs have shown some dangerous tendencies of late. The worst is the belief that their skill and speed can make up for long periods of disinterest in the kind of mucking for the puck that is still necessary in today’s NHL.

“No one comes to the rink and says: ‘I’m not going to work today,’ ” Hyman said. “But sometimes you have to dig in a little bit harder. You learn from those games and you move forward.

“Yeah, when you’re desperate, you work. We have to find that desperation every night, and you can’t be forced into it. You have to bring it every single day.”

Hyman, of course, is one of those players who brings it every single day. He has no off button, and it is no coincidence the Leafs’ funk started shortly after he hurt his ankle just before Christmas and was lost for 18 days.

The other loss that hurt was goaltender Frederik Andersen, who just returned to the lineup after missing six games with a groin injury.

Going into the Colorado game, Avalanche head coach Jared Bednar challenged his players, saying it was time for them to “put up or shut up.” Leafs head coach Mike Babcock was asked if his team needed to be called out the same way but, probably wisely, sidestepped the question.

Still, Babcock seems to think a small shakeup might help. He took Hyman off John Tavares’s line and reunited the Leafs top line from the previous two seasons. Hyman went back to left wing with Matthews, and also moving in was William Nylander, still looking for his mojo after a prolonged absence due to contract problems.

Babcock said he isn’t sure he will keep them together for the Tampa game, but Pat Quinn is the only Leafs coach of recent vintage known for shuffling his lines in practice only to go back to the old ones at game time.

“We’ve been hit and miss since Christmastime,” Babcock said. “We didn’t feel our work ethic was up to a level to be proud of last game as a group.

“What makes that happen, and what makes the group go, you don’t always know. But if it’s just changing some lines around, then we’ll do that.” 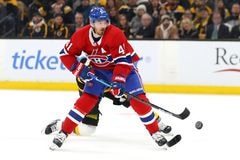 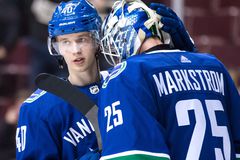 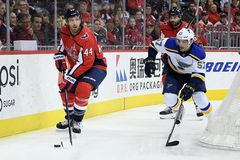