As you read this, Alex Ovechkin has just scored his 700th NHL goal.

That puts him in the same career postal code as Brett Hull and Phil Esposito.

If he lasts another couple of years – which he will because, as Ovechkin has told us, “Russian machine never breaks” – he’ll be up there with Gordie Howe and Wayne Gretzky.

But Ovechkin is already the greatest goal scorer in hockey history.

When Gretzky was netting 70, 80, 90 goals a season, about eight goals were scored in the average NHL game. That rate had fallen to fewer than six when Ovechkin began his run.

In retrospect, it feels as though about half of Gretzky’s goals were scored on some skinny, flailing idiot who’d come 10 feet out of his net trying to cut down the angle and then fell over. And as you may recall, he had a fair bit of help as well.

Ovechkin has spent large chunks of his career cutting his own trail through the NHL. He came in during the tail end of the Dead Puck Era. He’s faced bigger, faster goalies, all of whom are now equipped like they work as tackling dummies for attack dogs. The defenders have been super-sized as well.

Most tellingly, none of Ovechkin’s brightest contemporaries are anywhere near him. Sidney Crosby is closest – and he’s 250 goals behind.

Had he played in Gretzky’s era, on a team such as the mid-eighties’ Oilers, just imagine the numbers Ovechkin might’ve put up. A thousand goals, easy. Maybe a lot more.

Ovechkin hasn’t been misunderstood or underappreciated, but he has been overanalyzed. As observers, we’ve spent a great deal of his career trying to figure out what he represents.

At first, he was portrayed as Crosby’s id. He was unfocused and wild. The sort of toothless maniac who ought to be trapped in a Don Cherry Betamax box-set for everyone else’s protection.

The stories about him were so gripping, they obscured the player. This was the guy who, at 10 years old, skipped his brother’s funeral to attend a hockey tournament. It’s a bit more memorable than an iconic clothes dryer.

Whereas Crosby was gifted and driven in a way we’d seen before, Ovechkin fell right into our Cold War fantasies of Soviet players being built in a lab. He was the Frankenstein’s monster of Communist hockey.

“He does not look like the Soviet hockey-school player,” Vladislav Tretiak once said. “From a side, it seems that he is half-Canadian.”

That was the half purists loved. At his best, Ovechkin did everything as well as or better than anyone had. He was an artist and an intimidator.

He was loud and vain, but also light and fun. He’s the sort of guy who can tell you he is better than everyone else, but in such a way that it doesn’t leave you with the impression that he’s a braggart. He’s got that magic.

Hockey people didn’t like the other half much. The hot dogger. The one-shift-for-you and one-shift-for-me player. The one who turned it on and off depending on his mood. That was the European part.

But somewhere in there, Ovechkin changed. He got older and … well, maybe not wiser. There is altogether too much wisdom in the NHL. It’s the reason everyone sounds so tedious whenever their lips are moving.

Ovechkin didn’t change all that much, but our perception of him did.

For one, we realized we were never taking the Russia out of him. Ovechkin would occasionally remind people how much he likes Vladimir Putin or go on very public benders. While his Canadian and American colleagues were singing from the NHLPA’s greedy hymnal, he’d rage about being denied the chance to go to the Olympics.

He was and remains his own man with his own ideas. That makes him nearly unique in hockey. His talent provided him with the armour to stay that way.

If the point of the game is to score goals, and if Ovechkin is the greatest goal scorer, it stands to reason he should get consideration as the best of all time.

But no one talks about him that way. The beginning and end of his candidacy is standing him up beside Crosby and saying, “Nope.”

It is Ovechkin’s blessing and curse that he is twinned in every mind with the hockiest hockey player there has ever been. Crosby – a graduate of the Miss Manners School of Canadian Darlings – might’ve made Bobby Orr look like a hippy. He’s that wholesome.

It gave Ovechkin permission to embrace the oddball side of his personality. Marketers liked the contrast and fans liked the drama. But it also prevented people from taking Ovechkin entirely seriously.

Even after he’d won a Cup, nobody was willing to include him in ‘best ever’ bar arguments. Everyone likes him, but no one is willing to go to bat for him. In a very different way, he’s got a little Mike Bossy v. Gretzky in him. He does one thing really well and has the misfortune to do it at the same time as a Canadian cult figure.

But if Ovechkin can get up on top of the goals leaderboard, that will have to change.

As of this writing, he stood on 700 career tallies. Gretzky’s way-out-in-front number is 894.

Gretzky did it over 21 seasons. Ovechkin is in year 15. Let’s say he lasts as long as the man he’s chasing. That would make Ovechkin 40 at retirement.

He’d have to average a little more than 30 goals a year for the remainder of his run, which would be low by his standards.

It’s more than doable. It may even be likely. One of the few underanalyzed things about Ovechkin as a player is how resilient he is despite the physicality of his game. He may actually be unbreakable. As such, few players have ever provided more return on investment.

If he gets there, we will need to undertake a reconsideration of Ovechkin’s place in history. There will be no getting past it then. That a Russian has broken into the last corner of hockey Canadians still had to themselves – the ‘No. 1 of all time’ discussion. 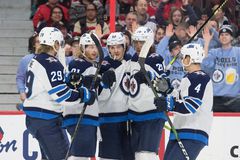 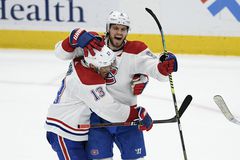