Blake Wheeler got a text from his dad the other day.

In the message, James Wheeler told his son about growing up in Detroit in the late 1960s, when the city and country were wracked by race riots and deep, painful divisions in society.

“My generation didn’t get it right,” James Wheeler wrote. “Hopefully yours does.”

With that front of mind, Blake Wheeler is done staying silent. The captain of the Winnipeg Jets wishes he’d spoken up sooner.

He didn’t. But now he wants to use his platform as a white professional athlete to push for change on the issues of racism and inequality.

After posting a letter to Twitter over the weekend following the death of George Floyd and the ensuing mass, and at times violent, protests across the United States – a message that included the phrase “America is not ok" – Wheeler said on a video conference call Tuesday that ”you can’t be silent any more.“

Wheeler said Floyd’s death, captured in graphic detail on video as a white Minneapolis police officer pressed a knee into the 46-year-old black man’s neck for nearly nine minutes, and the shooting of Ahmaud Arbery earlier this year, finally moved him to speak up.

“I haven’t done a good enough job in the past,” said Wheeler, who grew up in suburban Minneapolis. “I’ve felt this way for a long time, and I’m not going to pretend like it’s an easy thing to do. It’s not an easy thing to talk about.”

But talk about it he will. On social media, to reporters and even his young family.

Wheeler and his wife, Sam, have three children. The younger two don’t fully grasp what’s happening, but seven-year-old Louie does.

“That’s a hard conversation to have.”

The 33-year-old Wheeler, who brought his family to their summer home in Florida with the NHL season paused during the COVID-19 pandemic, also feels a level of guilt.

He watched along with the rest of the sports world in 2016 when San Francisco 49ers quarterback Colin Kaepernick started kneeling during the national anthem before NFL games to peacefully protest police brutality and racial injustice.

“We have to be as involved in this as black athletes,” Wheeler said. “It can’t just be their fight.

“I look in the mirror about this before I look out at everyone else. I wish that I was more involved sooner than I was. I wish that it didn’t take me this long to get behind it in a meaningful way. But I guess what you can do is try to be better going forward.”

A number of other prominent NHL players, including San Jose Sharks winger Evander Kane, who is black, Toronto Maple Leafs star Auston Matthews, who is Latino-American, and Chicago Blackhawks captain Jonathan Toews, Dallas Stars forward Tyler Seguin and Tampa Bay Lightning centre Steven Stamkos, all of whom are white, have posted messages similar to Wheeler’s to social media in recent days. The NHL, NHLPA, NHL Coaches’ Association and the vast majority of teams have done the same in one form or another.

Racism in hockey was brought to the forefront in the fall with the allegations made by former NHLer Akim Aliu against then-Calgary Flames head coach Bill Peters when both were in the minors a decade ago. Aliu followed that up by penning a Players’ Tribune article last month.

Wheeler, who played with Kane and Dustin Byfuglien in Winnipeg, said he’s never seen racism in the NHL and believes every locker room he’s been a part of has been welcoming, but readily admits others could have a completely different perspective.

There are, however, memories from minor hockey involving a black teammates Wheeler can’t shake.

“Some things happened from the opposing team in handshake lines,” he recalled. “Seeing how hurt that made him, forever was burned into my brain.”

Derek Chauvin, 44, and three other Minneapolis police officers were fired in the wake of Floyd’s death. Chauvin was subsequently charged with third-degree murder and second-degree manslaughter. Three white men were arrested and charged last month for the February shooting death of Arbery, a black jogger, in Georgia, while the March shooting death of Breonna Taylor in her home by Louisville police also attracted national attention.

The scenes from cities across the United States of protesters clashing with authorities, divisive rhetoric from the country’s leadership and the 40 million people out of work because of the COVID-19 pandemic that has claimed more than 105,000 lives has Wheeler concerned about his country.

“There’s so much hurt out there,” he said. “There are so many people that don’t have jobs, that have families that don’t know where their next meal is coming from. The list seems never-ending, and on top of it, we’re still treating people this way during a pandemic. During something that hasn’t been seen in lifetimes.

“To have a country be going through this economically, socially, everything, and then we’re still treating each other like this … yeah, it’s worrisome.”

Wheeler is also proud of how Minneapolis-St. Paul has responded – both in standing up against racism and police brutality, and the way the community has worked to rebuild after looters took advantage of the situation.

And above all, he has hope.

“Through that anxiety and through that fear, I’m optimistic and hopeful about the future,” Wheeler said. “I’m hopeful my generation and my kids’ generation fix this so that there’s brighter days ahead.” 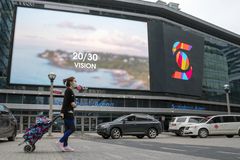 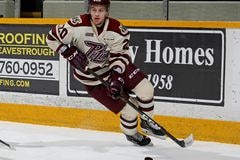 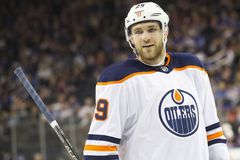