The red-hot Montreal Canadiens refused to be intimidated by one of the league’s best and biggest teams.

The Canadiens confirmed their surprising start to the season is more than just a fluke following a convincing 5-2 victory over the division-leading Winnipeg Jets on Thursday night.

Jonathan Drouin and Phillip Danault each had four-point games as Montreal fired a season-high 53 shots on net.

“This was one of our best games this year,” said coach Claude Julien. “This was a team that we had a ton of respect for because of who they are and how good they are. And we were ready to play them.

“I didn’t say we were intimidated by them, but we respected them. We knew we had to play well. We went out there and took charge. A good 60-minute effort, that’s all I can say.”

A slew of outstanding individual performances extended Montreal’s win streak to three games. The Canadiens (31-18-6) improved to 8-1-1 in their last 10 games.

Drouin had two goals and two assists for the first four-point game of his career. Danault scored once and added three helpers to extend his point streak to four games. Jesperi Kotkaniemi scored in his fourth consecutive game — a franchise record for an 18-year-old. And goalie Carey Price stopped 32 shots for his seventh consecutive victory.

“We’ve been saying that all year, we can compete against anyone,” said Drouin, who has nine points in his last three games. “They’re a big physical team and we beat them with our speed.

“When you have more than 50 shots on net, you’re obviously doing something right.”

With the victory, Montreal jumped ahead of the idle Boston Bruins into third place in the Atlantic Division, one point behind the Toronto Maple Leafs.

Mark Scheifele and Brendan Lemieux scored for the Jets (34-17-3), who have lost two games in a row.

Winnipeg was hardly a match for the high-flying Canadiens, especially as the game progressed. Montreal outshot Winnipeg 53-34.

“It’s not like a guy let you down, or you played your ass off and the goalie let you down. We were all (bad) tonight. Big time.”

Dustin Byfuglien was back in the Jets lineup after missing 15 straight games with a lower-body injury but the defenceman couldn’t slow down Montreal.

The fans at the Bell Centre were treated to a fast-paced, end-to-end hockey game with quality scoring chances and even better goaltending at times.

Scheifele got the visitors on the board at 4:54 of the first period, scoring on a 2-on-1 with Kyle Connor following Ben Chiarot’s stretch pass.

From his knees behind Connor Hellebuyck’s net, Brendan Gallagher fed Drouin in the slot for his first of the encounter at 7:51. Gallagher’s pass went through the legs of Byfuglien, who fanned on the clearance.

Hellebuyck did his part to keep the Jets in the game, at one point stopping a flurry of six shots — three on Drouin and another three on Shea Weber — in a 37-second span midway through the first.

“Definitely a busy night,” said Hellebuyck, who made a career-high 48 saves. “I was having some fun out there, doing my job. We were right in it until the end. One of the fastest teams we’ve ever played. They came to play and were all over us.”

Drouin made it 2-1 just 43 seconds into the second period on a partial breakaway following Chiarot’s failed dump-in.

Weber gave the home team a two-goal lead at 4:02 of the third period with a slapshot from the point before Danault sealed it with a 4-on-4 goal at 11:22 for his 11th of the season.

Lemieux got one back for the visitors with 52 seconds left to play. 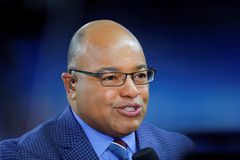 Maple Leafs put on a show for fans during outdoor practice at Nathan Phillips Square
February 7, 2019 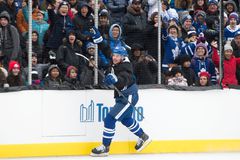 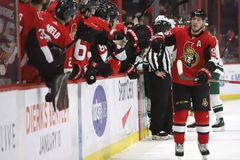