A pending lawsuit alleges that tens of thousands of aspiring hockey players are owed $825-million or more after being conspired against by the very leagues in which they played over the past 10 years.

Once served with the document they have 30 days in which to respond if they are in Canada and 40 days in the United States. The claim, which cites possible breaches of the federal Competition Act, requests the case be heard in Montreal.

It was filed by Kobe Mohr, a former player in the WHL, on behalf of himself and others. The 21-year-old from Alberta played for four teams over parts of six seasons at the major-junior level. Major-junior players are mostly between 16 and 20 and are still considered amateurs in Canada. They are paid only nominally but get travel expenses covered and receive free room and board and scholarship money should they choose to pursue a college education afterward.

The players don’t receive the scholarship money if he signs a professional contract, however.

A majority of players in the NHL begin at the major-junior level, which has 60 teams spread across Canada and the U.S. under the umbrella of the CHL.

The proposed suit alleges the defendants created a system of leagues through which the overwhelming majority of players never reach the elite professional level and instead spend years playing for nominal sums much to the financial benefit of their teams.

It further says CHL players are not represented by a players' association and as such are unable to negotiate a collective agreement, which violates Section 1 of the Canadian Bill of Rights.

It also alleges the defendants are imposing unreasonable terms and conditions upon players once they are drafted by a major-junior club. CHL players must be between 18 and 20 to be eligible for the NHL draft, but restrictions limit their ability to play in other professional leagues. The restrictions include fees as high as $500,000 for a player to leave their major-junior club and move to a team in the AHL or the ECHL, the proposed class proceeding says.

None of the charges have been proved.

“It [the current system] makes it impossible,” says Félix-Antoine Michaud, the Quebec lawyer who filed the case. “The whole idea is to break hockey players who want to play somewhere else. You have no choice but the NHL or the CHL and that is not legal under the laws of Canada."

The NHL is named in the pending action because it compensates CHL teams when one of their players is selected in the NHL draft.

The lawsuit requests $50,000 a season for loss of income for each player who competed in one of the three major-junior leagues that comprise the CHL; $2,500 a player for the loss of rights to market their image, sponsorship and endorsement opportunities; and, $2,500 a player for moral damages and for breaches of the players' fundamental rights of freedom.

Over all, the claim says, Canadian players in the CHL have substantially fewer choices and freedom, if any, than European-born players, who have the opportunity to play in the AHL or ECHL before reaching the age of 20 and are paid a salary negotiated by a players' association. CHL players are not allowed to play NCAA hockey because the NCAA feels their entitlements make them professionals.

“The general thing is that junior hockey has created a system to make a handful of millionaire [owners] richer at the expense of these young players,” Michaud said.

Paul Krotz, the director of communications for the CHL, said the league has not yet been served with a statement of claim.

“At such time as we receive one, we will thoroughly review it and if appropriate we will provide further comment,” Krotz said.

Jason Chaimovitch, the vice-president of communications for the AHL, said the league had no comment.

Neither the NHL nor the ECHL responded to a request for comment.

Attempts were made to reach Mohr – who played in 265 games in the WHL and had 35 goals and 101 points – but were unsuccessful.

Michaud said that the proposed class action needs first to be certified by the federal court. 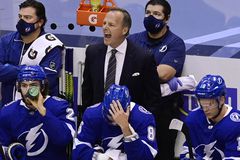 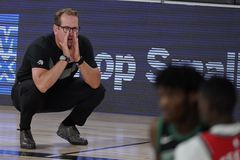 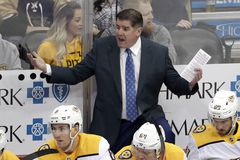