Mike Babcock is in his fourth season as head coach of the Toronto Maple Leafs but only now is he getting into this rivalry thing with the Montreal Canadiens.

This is not because of any ignorance of the oldest rivalry in the NHL. Babcock spent the mid-1980s in Montreal playing defence for McGill University.

No, it’s just that until this season, the games against the Canadiens were not any more special than those against other opponents in Babcock’s eyes.

“I just think it’s the next game we’re playing so it’s the most important game of the year,” Babcock said of the Leafs-Habs game Saturday in Montreal. “Obviously the Montreal-Toronto thing, I haven’t been involved in for a long time.

“Part of it since I’ve been here is both teams haven’t been good. This is the first year both teams look like real hockey clubs.”

When the season started, hardly any of the usual pundits (cough, cough) thought the Canadiens were ready to challenge the Leafs, the Tampa Bay Lightning and the Boston Bruins for one of the top three places in the Atlantic Division.

However, head coach Claude Julien has the Habs playing a punishing fore-checking game at one end of the ice and a sound defensive game at the other. Throw in winger Jonathan Drouin taking a big step forward this season (46 points in 55 games), Max Domi (47 points in 55 games) thriving after a trade from the Phoenix Coyotes, the return of superstar defenceman Shea Weber from a long battle with injuries and, of course, the presence of goaltender Carey Price, and the Canadiens are one of the biggest surprises in the NHL this season.

Second place in the Atlantic Division will be at stake on Saturday night as the Canadiens took over third from the Bruins in recent weeks. They also took advantage of the Leafs’ long funk through December and January to move one point behind them with 68 points in 55 games, although the Leafs have two games in hand.

This game marks the start of a 11-day, six-game road trip for the Leafs, their longest of the season. While the Leafs righted themselves by winning four of their past five games and go into the trip on a three-game winning streak, the Canadiens, who also have a three-game winning streak going, are in peak form. This was punctuated by the Habs’ dominance of the Winnipeg Jets, perhaps the top Stanley Cup contender among the seven Canadian teams, in a 5-2 win on Thursday night.

“I like their team,” Babcock said. “They’ve got a good feeling going right now. That one line is absolutely on fire so we should be aware and understand that.

“Saying that, we’ve got good players too. We’re going to put good players on the ice. They’re going to have to worry about defending us as well. Ideally, if we play right and play fast, it turns into a heck of a hockey game.”

“That one line” is centre Phillip Danault with Drouin and Brendan Gallagher on the wings. During the Habs’ three-game win streak, the line produced 20 points with Drouin clicking for nine. Julien has that line, plus the other three, playing a strong defensive game that features a lot of support for the defenceman in the Canadiens zone that leads to the offensive flow that results in all those points. Both Drouin and Danault had four points in the win over the Jets, with Gallgaher getting two.

“There’s no question Gallagher and Drouin [Thursday] night were on fire,” Babcock said. “I like their lineup one right through four. They are playing with good structure, playing with good speed, they are above the puck, they’re fore-checking well, playing well in the d-zone.”

Saturday’s game is just the second of the season between the Leafs and the Canadiens. The Leafs won the season-opener 3-2 in Toronto back in October. But thanks to the Canadiens ascendance, the last three games over the next two months, with the last one coming in the regular-season finale in Montreal, promise to be an exciting part of the playoff fight. A lot of fans on both sides are now rubbing their hands at the thought of a Leafs-Canadiens series in the first round of the playoffs.

This, of course, creates a lot of talk that the remaining three games in the regular-season series are playoff games in disguise. But Babcock isn’t so sure.

“We say that every year, ‘Hey, this could be a playoff game,’ but none of them compare to playoff games,” Babcock said. “It’s just impossible. Playoffs are different.

Babcock also made it clear that while he hasn’t been enthused about the rivalry until now, there has never been any doubt about his favourite place to play on the road.

“My favourite rink in the National Hockey League to go into is Montreal just because of the pageantry, the history, the pride, the fans,” he said. “It’s a great, great place to play. Just like I think Toronto is spectacular because of the fan-base and the love of the game. It should be a lot of fun.” 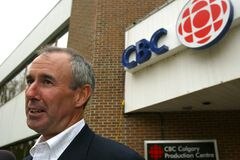 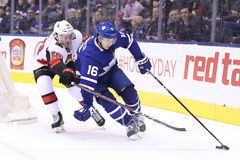 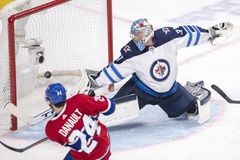