Forty minutes is not a long time.

Forty minutes answering questions about the Toronto Maple Leafs when you are the person who runs the team is – and I’m just going off facial expressions here – an eternity in hell.

Leafs general manager Kyle Dubas is a buoyant sort. Not usually buoyant or often buoyant, but always buoyant. Calls people by name. Thinks every question he’s ever heard is the smartest question ever given voice. Could talk for hours.

But by the 40-minute mark of Wednesday’s autopsy of the Leafs, Dubas had had enough.

Someone asked what sort of player he would like Mitch Marner to “become.”

“What kind of player do we want Mitch Marner to become?” Dubas said incredulously. For a second you did not catch the sarcasm, because Dubas does not do sarcasm.

“Just what he is now. I don’t get the criticism of Mitch Marner,” Dubas said. “Everything he does wrong, people jump all over him about.”

Dubas went on in this vein for a few seconds and then rounded back.

“I don’t know where this all started with the criticizing of Mitch Marner. For me, it’s one of the most idiotic things that I see done here.”

Marner scored zero goals in the Columbus series. He is paid as much as Columbus’s lockdown defensive pairing, Seth Jones and Zach Werenski, combined. But yeah, sure, what’s to criticize?

This Q and A had been a bit of a trial for Dubas from the start, possibly the worst public hour of his tenure with the Leafs.

Early in it, someone put it to club president Brendan Shanahan that in the two years since Dubas replaced Lou Lamoriello as GM, the team has got worse.

“Um. Well, I think, uh … I think that we’ve … we certainly in some ways have taken a step back …” Shanahan began.

The only good thing about interviews via Zoom is that, when they are not speaking, the interviewees are less guarded. It’s just them alone in a room with an open laptop. There is no audience staring at them. But you can still see them.

So when Shanahan said that, Dubas’s hand moved instinctively to his mouth, obscuring the lower half of his face. He began fiddling with his glasses. His desire to disappear was palpable.

Shanahan quickly wound back to a brightness. If you want a précis of the tone of proceedings, it was very John 20:29 – “blessed are they that have not seen, and yet have believed.”

(I guess this means that, eventually, the Leafs will rise from the dead.)

But for this short moment, Dubas could evidently feel the ground shift slightly. The sort of small tremor that comes before the earthquake.

Shanahan later endorsed his man: “I have complete faith in Kyle as a general manager and Sheldon [Keefe] as a coach, and complete confidence in what we’re going to do here in Toronto.”

In your life and mine, this is a vote of confidence. In sports, it’s the kiss of death.

It’s hard to say when Dubas’s professional Doomsday Clock began counting down. But you could hear the ticking on Wednesday.

After that point, Dubas began wandering down rhetorical rabbit holes. When asked about the performance of goalie Frederik Andersen, now the loser of all eight series-deciding games he has played in, Dubas summarized Andersen’s regular season in excruciating detail. Which rather misses the point.

This brought Dubas back to the topic he is most comfortable discussing: process.

People were delighted to hear him talk about process a couple of years ago, less so this past year, and not at all right now. But he’s still talking about it. Or trying to.

How do we get a guy like Seth Jones?

“We have to pick in the top five.”

Is it possible you have misread the potential of this group?

That was the whole answer.

Dubas is clearly a smart person. But when he is flip, his smarts seem more like cleverness. Ask Brian Burke or Ron Wilson how far zingers get you in Toronto.

John Tortorella can be clever in Columbus because, let’s be serious, it’s Columbus. No one cares. But in this city, prickliness is a privilege reserved for winners. Dubas has not earned it.

From the players all the way up to the C-suites, the only person in the Leafs organization who seems to understand how this market works is Shanahan.

In their final interviews, everyone on the Leafs felt bad. Everyone said they were hurting or frustrated or whatever they were feeling for a few hours before they switch emotional gears to “cottage kegger.”

But Shanahan was the one key member of personnel who apologized to the people who pay his salary.

“The blames lays on us,” he said. “We understand why Toronto fans are frustrated. They’re entitled to be. They should be.”

They do not appreciate answers that begin with, “Nobody is making excuses …” followed by a bunch of excuses.

And they especially do not want any lip from losers.

But if you come out and humble yourself a little bit, the average Toronto hockey fan will forgive you anything. Forgiving is the only thing Toronto hockey is good at.

In terms of actual bonafides, Shanahan, age 51, is just about the only person associated with the Toronto Maple Leafs who has any. Maybe that’s why it doesn’t kill him to bend the knee when it’s smart politics to do so.

Everyone else seems determined to defend what the Leafs are doing, even as it unravels around them. A couple sound like they’re practising for their next job interview.

If things continue as they have, that may be smart, too. 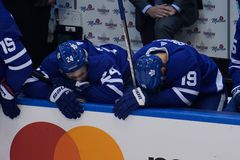 Opinion
The NHL draft may not be perfect, but ‘tanking’ should never be encouraged
August 11, 2020 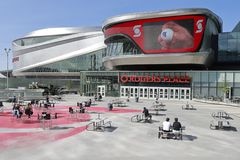 Opinion
As currently comprised, the Maple Leafs do not have what it takes to win
August 10, 2020