Welcome to hockey in the days of the novel coronavirus.

On Tuesday night, hand-sanitizing stations were set up all over Scotiabank Arena. For the first time this season, the Canadian flag was not passed through the crowd during O Canada. Public-service announcements were made and tips were offered on the jumbotron to help spectators avoid the flu-like illness that has sickened more than 100,000 across the globe. To limit contact between people, statistics sheets were not handed out in the press box.

A game was played, at least for now.

Confounding as they are, the Maple Leafs did the unexpected. After losing three games last week on the road against opponents with losing records, they beat the Tampa Bay Lightning, 2-1.

Auston Matthews had the game winner on a power play with 16:22 remaining in the third period. He buried a shot from the right side of the net after receiving a nice cross-ice pass from Mitch Marner. It was the 47th goal of the season for Matthews, who now trails David Pastrnak of Boston and Alex Ovechkin of Washington by one for the NHL lead.

William Nylander also scored on a power play for Toronto in the first period, converting a hooking penalty assessed just after the six-minute mark for a 1-0 lead. It was Nylander’s 31st of the season. He only scored seven times in 2018-19 after sitting out 28 games in a contract dispute.

Before losing three times last week, Toronto strung together wins against three tough teams the week before. The game before that stretch of success, the Leafs had lost to emergency backup goaltender David Ayres in what was likely the lowest point of the season.

It’s hard to tell which group of players will show up on any given night. The guys who looked disengaged while scoring all of three goals last week? Or the ones who recently beat Tampa Bay, Florida and Vancouver back-to-back-to-back?

It was the latter group this time. At one point in the first period, the Maple Leafs outshot the Lightning 16-1, and went into the first intermission with 18 shots to Tampa Bay’s six.

“We had a couple of days off and we were fresh,” Nylander said. He has nine goals and nine assists in 19 games since the all-star break. “We were already buzzing out there in the warm-ups.” The game marked the return of Morgan Rielly to Toronto’s lineup after missing 23 games with a broken foot. The defenceman and alternate team captain has hopped around in a cast and driven a scooter for most of the time since he sustained the injury while blocking a shot against the Florida Panthers on Jan. 12.

“Not being around for the past eight weeks or so makes the fire burn in me a little more,” Rielly said after practice on Monday. He played 21 minutes 47 seconds against the Lightning and was credited with one hit and one blocked shot. “It makes you want to come back and have an impact and be a difference-maker.”

Rielly said it was difficult to watch teammates struggle in his absence, including last week’s washout in California.

“There were lots of ups and downs, and at this time of year that’s not necessarily a good thing,” he said. “You want to be more consistent than we have been. If you look at the starts and if you look at the offence, it’s just not there.

“I think it is important we have a good week and start playing like ourselves again.”

To that end, the Maple Leafs killed off four power plays and scored twice on their own. They started strongly, backed off a bit in the second period but put the game away in the third.

“I think now, more than ever, just given the standings, the time of year and remaining games, I think it’s an opportunity for us to start to play well and build some momentum,” Rielly said afterward. “I think if you look back to this time last year our performances weren’t what we wanted them to be in time for playoffs and this year we’ve got a chance to fix that.

“It’s important that we take that seriously and take the good things here tonight and talk about it tomorrow.”

After stringing together its three best games of the season the week before last, Toronto failed to build momentum against the bottom three teams in the Pacific Division. It scored only three goals in 185 minutes and entered Tuesday just a point ahead of Florida for third in the Atlantic Division.

“It was a frustrating trip,” Jason Spezza, the veteran centre, said. He remains one assist shy of 600 for his career. “We understand we had a chance to separate ourselves from Florida a little bit and didn’t.

The game was the third of four meetings between likely first-round playoff opponents. The Maple Leafs earned a 4-3 victory in Tampa on Feb. 25, while the Lightning thumped them 7-3 at Scotiabank Arena on Oct. 10. Tampa is second in the Atlantic Division, eight points behind the Boston Bruins.

The Lightning is 14-5-2 since the all-star break and leads the league in goals and goals per game. It has begun to resemble the team that finished with an NHL record-tying 62 wins last season before being swept by Columbus in the first round of the playoffs.

That sudden and unexpected departure had proven difficult to shake off.

“It has been a different year in so many regards,” Tampa Bay head coach Jon Cooper said after Tuesday’s morning skate. “It really, really hurts when you go through what we did, but you learn how much it hurts and try to alter your behaviour to make sure it doesn’t happen again.”

Toronto is at home again on Thursday against the Nashville Predators and travels to Boston to play the Bruins on Saturday.

In a nod to the coronavirus, Matthews bowed to goaltender Frederik Andersen after the game instead of giving the goaltender, who made 32 saves to earn his 29th win, a sweaty hug. 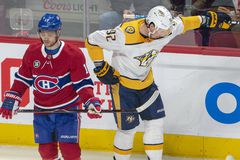 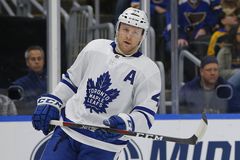