Now that the trade deadline is done, the good news for the Toronto Maple Leafs is they are probably going to make the playoffs despite themselves.

The bad news is that, once there, they are probably going to get annihilated because of themselves.

By the NHL’s how-low-can-you-go standard, Monday was an active trade deadline. Some teams were buyers (Carolina, Pittsburgh, Edmonton, New York Islanders), some were sellers (Montreal, Ottawa) and some didn’t seem to know what they hell they were up to (Buffalo).

NHL trade deadline 2020: Everything you need to know about Monday’s trades

From the Leafs’ perspective, the most important move of the day was between Florida and the Hurricanes.

Right now, the Panthers are the only team who can put the Leafs’ third-place spot in the Atlantic Division at risk. Curiously, Florida chose this moment to rid itself of Vincent Trocheck. It traded the centre for a bunch of roster depth.

Trocheck is purpose-designed for playoff hockey – the sort of player who goes into the corner as if his goal is not getting to the puck, but going through the boards and getting to the third row of seats. Trading him feels like a small surrender.

What other reason would there be to not trade Tyson Barrie, a good player put in a bad spot who’s been a bust in Toronto? Now Barrie will wander off in free agency for nothing.

The ultimate return on the Nazem Kadri deal will be another huge hole in a defensive group that seems constructed of little but.

How much do you think the Leafs would give to have Kadri back now?

Because while the rest of the team was avoiding Captain Zamboni the other night as if he were breakable, Kadri would probably have run him within three minutes of his debut and apologized later.

Kadri wasn’t always the smartest player, but you didn’t doubt his determination. Now there’s nothing but doubts out there. If the current roster all lay on top of each other, you’d be hard pressed to find an audible heartbeat with a dozen boom mics and a team of doctors.

Perhaps this is the problem with building something from scratch. After a while, you get so far into something, you cannot imagine changing the way you’re going about things. Mission statements morph into mission creep.

This is when sports franchises turn into process teams.

A process team considers winning a vague future goal. What’s really important is the process – setting a series of internal targets and achieving them. Getting a bunch of junk ticked off the list.

The first part of the process – losing as if it were cool and then drafting well – went well for the Leafs.

The second part – securing all those draft picks for the long term – wasn’t quite as smooth, but they got there.

The third part – building a quality team around the core – has been a disaster.

The fourth part – winning – isn’t even on the horizon. Toronto is nowhere close to being a winner, has no idea how to become a winner and no plan for imminent winning.

It now seems that general manager Kyle Dubas’s main job is being “honest” in public, by repeatedly admitting his club isn’t good enough. He tried that tack again on Monday.

“We’re clearly not there yet,” Dubas said. “But we also show signs of what we can be when we get there.”

So what are they doing to get there? They’re staying very still. Making no moves that might attract attention. When they lose – as they certainly will once they face a team that is winning-oriented rather than process-oriented – they’ll have their talking points ready.

For example – just throwing out an easy one to start off – we’re a young team. Another tiresome one – injuries hurt us.

Other favourites – we expected more from some of the role players; we learned a lot about each other this year; we’ll be wiser for it; it’s time to get serious; nobody feels worse about this than me (whoever the “me” is who’s talking at that moment).

You already know all the lines. You’ve been hearing them your whole life. In Toronto, the notes may change, but the tune somehow stays the same.

And because it’s Toronto, there’s nothing that can be done about it.

There is no way to pressure a team that is already under constant, withering pressure. What are fans going to do? Stop buying tickets? As if. They love the pain. This team could lose 82 and they’d still be selling out the arena. This is what Sports Stockholm Syndrome looks like.

(If I were the team owner, Maple Leaf Sports and Entertainment Ltd., losing isn’t the thing I’d worry about. Winning is. Because once this club breaks its curse, the miasma of suffering that has given this club its identity since the seventies is going to seem a lot less cool to local masochists.)

Yelling at the Leafs does not affect them. Turning up the volume on talk radio doesn’t frighten them.

At this point, it has the opposite effect. It hardens their resolve – that there’s a winner in there somewhere and it will appear eventually if they just commit hard enough to the process.

It’s small moments such as these when you realize the Toronto Maple Leafs aren’t a sports club or a business. Both those things thrive on success.

The Leafs and their fans are instead a (mostly harmless) cult. They don’t need to win to make you believe. You prove your faith by continuing to believe despite knowing they’re never going to win. 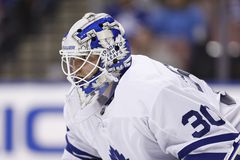 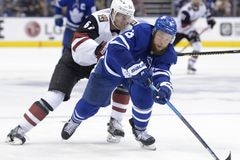 NHL trade deadline 2020: Everything you need to know about Monday’s trades
February 25, 2020 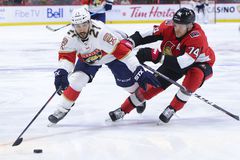