Marc Bergevin made the biggest splash.

The general manager of the Montreal Canadiens tendered the league’s first restricted-free-agent offer sheet since 2013, signing Carolina Hurricanes centre Sebastian Aho to a contract worth US$42.27-million over five years.

The deal, which the Hurricanes have a week to match in order to keep the 21-year-old, carries an annual average value of US$8.454-million.

“He wanted to be here in Montreal,” Bergevin said. “He agreed to this. He believes that’s a really good offer for him, and he wants to be part of the Montreal Canadiens.”

Meanwhile, the three biggest unrestricted free agents to hit the open market on Monday all ended last season with the Columbus Blue Jackets – and all left for greener pastures.

If the Hurricanes decide not to match the agreement with Aho, who is just one of a number of impressive restricted free agents across the NHL potentially available this summer, the Canadiens will have to surrender first-, second- and third-round draft picks to Carolina.

The offer sheet to Aho, who had 30 goals and 83 points last season, is the first in the NHL since 2013 when the Calgary Flames tried to pry then-Avalanche centre Ryan O’Reilly out of Colorado, which matched the deal.

The last offer sheet to be accepted was back in 2007, when the Edmonton Oilers poached winger Dustin Penner from the Anaheim Ducks with a five-year contract at the cost of three draft picks.

Hurricanes GM Don Waddell said his franchise will take time to assess the offer, but joked he was “surprised it wasn’t more.”

Carolina’s social-media team had some fun with situation, posting a poll on the team’s official Twitter feed with the question: “Will we match the offer sheet for Sebastian Aho?”

The only options presented were “Yes” and “Oui” – which should give a pretty good indication which way the Hurricanes are leaning.

Leafs GM Kyle Dubas, who has cleared salary-cap space in hopes of making a deal – or at the very least matching a potential offer sheet – continues to negotiate with Marner’s camp.

“It’s part of the [collective bargaining agreement] and it’s within the rules,” Dubas said of offer sheets. “You have to be mindful of that and leave yourself protected and well situated to defend whatever may come your way.”

Jets GM Kevin Cheveldayoff was part of Chicago’s front office in 2010 when the San Jose Sharks signed Niklas Hjalmarsson to an offer sheet. The Blackhawks wound up matching the four-year deal and keeping the defenceman in the Windy City.

“You evaluate it and you act accordingly,” Cheveldayoff said. “When it comes to an offer sheet, I listened to the press conferences of respective general managers and like Don [Waddell] said in his, as a group, they’ll take a look at it and then respond accordingly.”

On the unrestricted free-agent front, Panarin got a seven-year contract worth US$81.5-million in the Big Apple after the 2016 Calder Trophy-winner as rookie of the year scored a career-high 87 points in 2018-19.

And Duchene continued the exodus from the Blue Jackets, who made the second round of the playoffs for the first time this spring, when he agreed to a seven-year, US$56-million contract in Music City – a move only made possible after Nashville traded defenceman P.K. Subban to the New Jersey Devils at the draft.

The Vancouver Canucks addressed a need on their blueline by signing Tyler Myers – a member of the Jets since 2015 – to a five-year, US$30-million contract.

“Our goal is to make sure the Ottawa Senators are better and we feel we’ve done that,” Dorion said. “We’re really comfortable with these decisions.”

The Alberta teams played a version of goalie musical chairs as Mike Smith signed a one-year deal worth US$2-million, plus incentives with Edmonton after two seasons in Calgary, while Cam Talbot, who the Oilers traded to Philadelphia in February, inked a one-year pact with the Flames for US$2.75-million.

In some of the other moves made Monday, Joe Pavelski, who had been with San Jose for 13 seasons, signed a three-year, US$21-million deal with the Dallas Stars.

Corey Perry, who was bought out by the Anaheim Ducks, joins Pavelski with the Stars after Dallas lost fellow winger Mats Zuccarello to the Wild when he signed on for five years and US$30-million in Minnesota.

And Islanders captain Anders Lee chose to remain in New York – unlike his predecessor John Tavares, who bolted for Toronto last July 1 as an unrestricted free agent – by signing a seven-year, US$49-million contract, while the Blue Jackets started to fill the void left by Panarin, Bobrovsky and Duchene by adding forward Gustav Nyquist to a four-year deal. 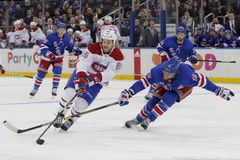 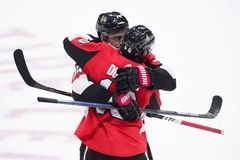 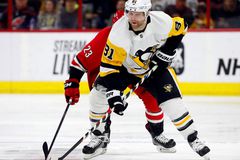