Brad Marchand knew he didn’t have a great angle on his shot in overtime. He just fired the puck at the net and it got past Islanders goalie Semyon Varlamov.

Marchand scored 3:36 into overtime and the Boston Bruins beat New York 2-1 Thursday night in Game 3 to take the lead in the second-round playoff series.

In the extra period, Charlie McAvoy brought the puck up ice along the left side and passed to Marchand, who skated along the boards and fired a sharp-angle shot into the top right corner.

“Obviously not a great one, but any puck, especially in overtime, has the chance to go in,” Marchand said. “Can’t pass up a shot, and that’s another example of it. ... I tried to get it on net and it found its way in. Very relieving.”

Varlamov wasn’t sure what happened on the shot and said he needed to see a replay.

“It was a weird shot, but the puck found the net,” he said.

Craig Smith also scored for Boston, and Tuukka Rask stopped 28 shots – including five in overtime, as the Bruins took a 2-1 lead in the best-of-seven series.

“I try to be patient and calm in there,” Rask said. “It doesn’t matter what the situation is. You’re just trying to make that save and give your team a chance to win, and fortunately we capitalized after.”

“Both teams were playing hard,” Barzal said. “It’s tough for about 10 minutes and then it’s the playoffs, so you turn the page. We know there’s a lot of good things tonight to build off of, so we’re excited. We’ve been in this situation before against Pittsburgh, so we’re just going to grind.”

Boston got its first power play 1:38 into the third period and mustered five shots on goal during the advantage, but couldn’t beat Varlamov.

Bruins defenceman Brandon Carlo was helped off the ice after a hard hit by Cal Clutterbuck near the end boards to Rask’s right a little more than six minutes into the third. It left Boston with five defencemen. Cassidy said Carlo was talking in the locker after the game and would be re-evaluated Friday.

Barzal tied the score with a great individual effort. He went behind the Bruins’ net to get the puck, came back to Rask’s right and tried to stuff a wraparound. The goalie stopped the attempt, but Barzal kept jabbing at the puck and knocked it in on the second try for his first goal this post-season.

“I thought we were clearly the better team,” Bruins coach Bruce Cassidy said. “Obviously they came out in overtime with a lot of juice from their goal. Tuukka made a couple of nice saves off the rush there, and we get a bit of a fortunate goal, one I felt we deserved. We had enough good looks that he stopped a ton that were off net. That one from there finally found its way in.”

Varlamov stopped Marchand on a try 7 1/2 minutes into the second on Boston’s first shot on goal of the period, drawing chants of “Var-ly! Var-ly!” from the home crowd.

After several big hits on both sides, Pastrnak was whistled for slashing on Ryan Pulock, putting the Islanders on their second power play of the game. Rask made a spectacular blocker save on Brock Nelson nine minutes in, and then denied Anthony Beauvillier in front less than a minute later.

Varlamov made a stellar stop on David Krejci’s shot from the left circle with less than six minutes remaining in the middle period.

Smith, back in the lineup after missing Game 2, gave the Bruins a 1-0 lead 5:52 into the game as he got a pass from Taylor Hall and beat Varlamov high on the glove side from between the circles. it was his second goal of the post-season and came on Boston’s second shot on goal.

Beauillier had a chance on a breakaway less than two minutes later, but his forehand shot was denied by Rask. The Bruins’ Mike Reilly nearly doubled the lead with 6:20 left, but his shot went off a goalpost.

Bruins coach Bruce Cassidy got his 33rd playoff win, breaking a tie with Art Ross to move into sole possession of second place on the franchise list. Claude Julien is first with 57 post-season victories.

For the fourth time in his four starts this post-season, Varlamov gave up a goal in the first three shots he faced to start a game. He allowed a goal to Bryan Rust 3:22 into Game 2 of the first round against Pittsburgh, and to Kris Letang at 2:01 of Game 3. On Monday night, Boston’s Charlie Coyle scored 2:38 into Game 2 of this series.

The capacity at Nassau Coliseum was expanded to 12,000 – the largest since the start of the pandemic. It had been 1,700 during the season after fans were permitted to attend, and was increased to 6,800 for Games 3 and 4 of the first round against Pittsburgh. It was then expanded to 9,000 for the series-clinching Game 6 against the Penguins. Games 1 and 2 of this series in Boston had sellouts of 17,400. 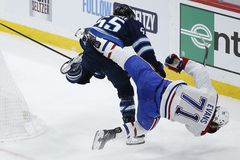 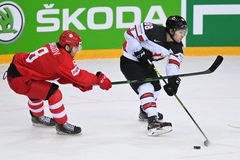 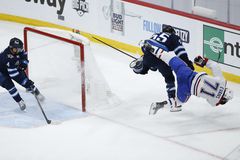