The Edmonton Oilers may have some of the NHL’s top talents, but goalie Mike Smith says securing come-from-behind victories this season has been a full group effort.

“It takes everybody. It’s not a one-man show. It takes your whole team,” he said. “You’re not going to go very far with one or two players.”

The Oilers collected another comeback win Friday as they topped the Calgary Flames 3-2.

It was Connor McDavid, the NHL’s leading scorer, who put away the game winner with a power-play tally midway through the third.

Just four seconds into the advantage, McDavid collected the puck off a faceoff and fired a one-timer at the Calgary net. Goalie Jacob Markstrom got a chunk of the shot but the puck dribbled over the goal-line, putting Edmonton ahead for good.

The goal was McDavid’s 22nd of the year and his 64th point.

Leon Draisaitl registered an assist on the play – his second of the night – and sits second in the scoring race with 56 points (19 goals, 37 assists).

Edmonton (23-14-1) was down 1-0 after the first period Friday, thanks to a goal from Flames defenceman Michael Stone.

Ryan Nugent-Hopkins evened the score on a power play early in the second, only to see Calgary (16-19-3) pull ahead once again four minutes later.

Sprung from the box after serving a slashing penalty, Matthew Tkachuk collected the puck in the neutral zone and sped away on a breakaway. The feisty forward’s stick work in front of the net tricked Smith into believing he’d try to slip one through the goalie’s legs, but instead Tkachuk put a backhand shot up under the cross bar for his 10th goal of the year.

Dominik Kahun drew the Oilers even once again 11:29 into the second. Kailer Yamamoto chipped him a little pass across the top of the crease and Kahun, stationed in the blue paint, jammed it in to make it 2-2.

Coach Dave Tippett said he’s been telling Kahun to get to the net more often.

“That’s about as close as you can get right there,” the coach said with a grin.

Edmonton hasn’t panicked when its fallen behind in games this season, said Smith. The group has a belief that even if they’re down one or two goals, they’re just a shot away from mounting a comeback.

“We’re capable of doing that, we’ve shown that,” said the goalie. “I think our group knows that when we’re down, we can come back and when we have the lead, we can close it out.”

Smith stopped 24-of-26 shots for the Oilers on Friday and Markstrom had 22 saves for the Flames. The Calgary netminder has now lost his last five starts in a row.

Edmonton has had the edge in the series between the bitter rivals this season, improving to 5-2-0 with Friday’s result.

“It was just a tight game, a battle,” Tippett said. “And we gave up a few more chances than I’d like in the second, but the third period was just kind of a game in the trenches.

“We knew they were going to be a desperate team, they need every point they can get right now. I like the way our guys hung in there in the third and we got a couple on the power play and found a way to win.”

Calgary has now lost seven of its last eight contests and sits fifth in the North Division, six points back of the Montreal Canadiens.

Friday’s result is all too familiar for the Flames, Tkachuk said.

Calgary coach Darryl Sutter thought the tilt lacked some of the usual pop the Battle of Alberta has come to be known for.

“I thought it was a sluggish game, to be quite honest,” he said.

“When it’s a tie game, you’ve got to get the next one. You can’t just be satisfied to say it’s close or we tried hard.”

Both sides came into Friday’s matchup well rested. Edmonton was blanked 4-0 by the Canadiens on Tuesday while Calgary’s last game, a 5-1 loss to the Winnipeg Jets, was on Monday.

The Flames flew to Vancouver to face the Canucks Wednesday but the game was called off shortly before puck drop as the hosts added another player to the NHL’s COVID-19 list. The Canucks had seven players and a member of the coaching staff in the league’s protocols on Friday.

Calgary will be back in action Sunday when they host the Leafs. The Oilers are set to visit the Canadiens on Monday.

Edmonton was 2 for 5 with the man advantage. Calgary failed to capitalize on two power plays ... Stone’s goal was his first of the season. His last tally came on Jan. 5, 2020 when the Flames edged the Minnesota Wild 5-4 ... Calgary centre Mikael Backlund was absent from the lineup. The Flames say he is “day-to-day” with an undisclosed injury. 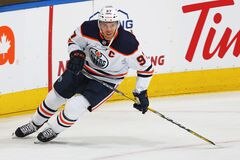 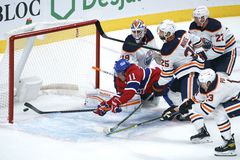 Oilers get a bit of revenge in victory over Leafs
Subscriber content
March 29, 2021 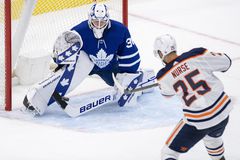