Nine years after Zach Parise and Ryan Suter signed twin contracts together worth nearly US$200-million with the Minnesota Wild, they are being bought out together in a stunning turn of events early in the NHL off-season.

General manager Bill Guerin made the announcement Tuesday that the team is buying out the final four years of each player’s contract, which were originally structured to last 13 years. It is a sudden end for a tenure that began with such promise when the two American stars signed identical US$98-million contracts on July 4, 2012.

Perhaps it was only fitting they were a package deal on the way out like they were on the way in. Parise and Suter will enter free agency at the same time July 28.

“It seemed like the right thing to do,” Guerin told reporters. “I felt this was the cleanest way. This way gives them more of an opportunity to go out and do what they can do.”

Parise and Suter were signed through 2025 at matching salary cap hits of US$7.538-million each year. The buyouts save more than US$10-million next season but extend dead money on the cap through 2029. They will combine to cost the Wild almost US$15-million against the salary cap in 2023-24 and 2024-25 for Parise and Suter not to play for them.

Owner Craig Leipold, who spearheaded the master plan to add two upper Midwest products in the same free agent year in 2012, called Parise and Suter, “tremendous ambassadors for our team” who helped win a lot of games.

Minnesota made the playoffs eight times in nine seasons since signing Parise and Suter but never got past the second round. That includes a first-round exit this season.

That defeat, plus the Seattle expansion draft next week and emergence of younger players paved the way for the buyouts. Minnesota can now protect defenceman Matt Dumba and one other player from the Kraken instead of trading them.

“There wasn’t one big reason,” Guerin said. “It was pretty much everything together as a whole: a tough decision to make but one that I feel that we need to make.”

Suter and Parise are each 36. Parise turns 37 in late July. They will likely attract interest around the league in free agency, though for much shorter terms than last time.

“I know they both have game left, and they’re going to help another team,” Guerin said.

The speculation has already begun about Parise being a perfect fit for the New York Islanders with GM Lou Lamoriello, who drafted him with New Jersey. And Boston would easily be able to slide Suter into Torey Krug’s old spot on the left side of the blue line.

No team would need to commit 13 years, either. The collective bargaining agreement reached months after Suter and Parise signed in Minnesota limited contract lengths to seven years for free agents and eight for players re-upping with their current team.

Suter in his prime with Nashville and Minnesota averaged more than half a point a game as one of hockey’s best offensive defencemen. His production dipped to 19 points during the just completed 56-game season, though he still skated more than 22 minutes a night.

Parise, who was coming off a 69-point season in 2011-12 when he captained New Jersey to the Stanley Cup Final, was a healthy scratch at times this past season when he put up 18 points in 45 games. He played in four games during Minnesota’s seven-game loss to Vegas.

“We saw what happened with Zach this year and we weren’t going to be able to give him the opportunity that maybe we thought we were,” Guerin said. “This will be better for them.” 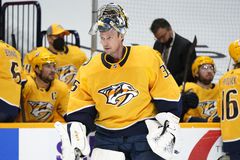 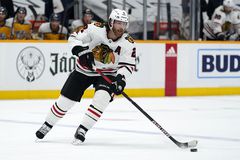 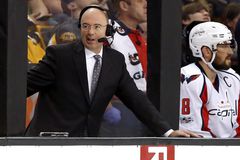