The first seven wins for the Columbus Blue Jackets this season were by one goal. This time, they finally had some breathing room.

Pierre-Luc Dubois had two goals and an assist, rookie Emil Bemstrom added a goal and an assist, and the Blue Jackets beat the Montreal Canadiens 5-2 Tuesday night.

Joonas Korpisalo stopped 30 shots for his eighth victory as Columbus improved to 8-8-4. Eric Robinson and Boone Jenner also scored for the Blue Jackets.

Artturi Lehkonen and Joel Armia had the goals for the Canadiens. Carey Price stopped 21 shots in his first loss since Nov. 2 as Montreal fell to 11-6-4.

“We played a really decent road game,” Canadiens coach Claude Julien said. “We didn’t bury our opportunities. We have to be able when we get those opportunities, especially on the road, to be able to capitalize on it.”

Robinson, playing his third NHL game, got the Blue Jackets on the board early when he took a left-circle pass from David Savard and knocked a one-timer past Price at 1:24 of the first period. Robinson’s only other NHL goal came exactly a week earlier against Price in the Blue Jackets’ overtime loss at Montreal.

The Canadiens tied it at 16:31 when Lehkonen scored his third of the season off a pass through traffic from Phillip Danault.

Montreal took a 2-1 lead at 4:29 of the second as Armia camped in front of the net and buried a deflection of Ben Chiarot’s shot from the left boards. Armia’s seventh goal broke a nine-game scoreless streak.

Bemstrom forced a turnover behind the net at 12:50 of the second and sent the puck to Dubois, who buried an off-balance shot to Price’s blocker side for his team-leading eighth goal and 12th point. Bemstrom’s assist extended his point streak to five games (two goals, three assists), tying the club’s rookie record set by Dubois in 2018.

Bemstrom put the Blue Jackets ahead 3-2 at 6:54 on their first shot of the third period, as the puck ricocheted off the glass behind the net and bounced off Price for the score. Sonny Milano and Dubois were credited with assists.

“I was trying to go backhand,” Bemstrom said. “I saw it bouncing back on the goal and it went in. I just saw the net going up a little. I didn’t know if it was a good goal. We got a lot of energy from that goal.”

Jenner gave Columbus an insurance goal at 11:06, just 20 seconds into a power play, by redirecting Oliver Bjorkstrand’s shot to make it 4-2.

Dubois completed the scoring when he was left wide open in front at 14:33 of the third to convert a perfect pass from Gustav Nyquist for his second goal of the game and third point of the night.

“I went around the net (and) I was hoping (Nyquist) was going to pass to the middle and pass back door to me,” Dubois said. “He made a really nice play.”

Despite the win, Columbus coach John Tortorella noted his young squad still has a ways to go.

“I think we have to be a harder-working team more consistently in the games,” he said. “I’m happy they found a way. We made some offensive plays that we weren’t in the prior games, but I think we have lost ourselves in terms of the identity of how hard you have to work.

“We lost it for 20 (minutes) tonight. That can really creep into your wins and losses and just competing in this league. That has to be a staple of this hockey club.” 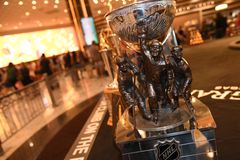 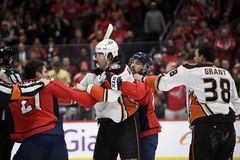 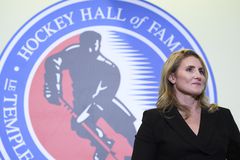