Lindy Ruff impressed the New Jersey Devils with his experience from decades of coaching. Tom Fitzgerald wowed ownership with his moves in a few short months as general manager.

The Devils on Thursday hired Ruff as coach and removed Fitzgerald’s interim tag to give him the full-time GM job. Ruff, who coached the Buffalo Sabres from 1997-2013 and took that team to the Stanley Cup final in 1999, got the job over interim coach Alain Nasreddine and fellow veteran coaches Gerard Gallant, Peter Laviolette and John Stevens.

“The group needs a teacher – someone who’s going to come in and teach and the message is going to be extremely clear,” said Fitzgerald, who ran the coaching search. “As the process continued to move forward, Lindy just continued to step to the forefront.

One, I was looking for experience: NHL head coaching experience. Two, presence: someone who has been there, done that and could walk into a room and actually grab the attention of our young team.”

Fitzgerald and Ruff are now in charge of guiding one of the NHL’s youngest teams, which includes recent No. 1 picks Nico Hischier and Jack Hughes and plenty of emerging talent. New Jersey has made the playoffs just once in the past eight years, though a plethora of salary-cap space and a seasoned coach could speed the rebuilding process.

“I’d like to think that we will be a very competitive team on the ice next year,” co-owner David Blitzer said. “And I certainly think about it over a couple-of-year period that we should be in a zone of contention. When that first step to the playoffs is, it would be wonderful if it was next year.”

Ruff likes the foundation the Devils have, which began with Fitzgerald’s work since taking over as GM when Ray Shero was fired Jan. 12. With the team out of contention when the season was halted by the coronavirus pandemic, Fitzgerald stockpiled assets from several trades at the deadline in February that should help in the short- and long-term future.

“It was evident that Tom was the right person for this job,” Blitzer said. “His work with the hockey operations staff, his work with ownership, the work he did navigating the trade deadline, the work he did with our team over that period of time, the ideas that he has moving forward, his plans for the team across all levels of the organization just made it clear to us that he was deserving.”

The Devils posted a 28-29-12 record and will not be in the NHL’s playoff tournament.

This is the 60-year-old Ruff’s third head-coaching job in the NHL. He coached the Dallas Stars from 2013-2017 and spent the past three seasons as an assistant with the New York Rangers. Stepping down to the assistant level made Ruff more qualified to coach Hischier, Hughes, Jesper Bratt and the young Devils.

New Jersey went 19-16-8 under Nasreddine after coach John Hynes was fired Dec. 3. Fitzgerald said Nasreddine remains under contract and will speak to Ruff about returning to an assistant role.

“Nas, he did an incredible job in a tough situation,” Fitzgerald said. “He has proven to be one of the best penalty-kill coaches in the league, things that we need, still.”

Nasreddine’s half-season of experience put him in the conversation with the much more experienced Ruff, Laviolette, Gallant and Stevens. But the Devils opted for Ruff’s steady hand.

“It just seemed like a perfect fit for me,” Ruff said.

A former defenceman, Ruff played in 691 NHL regular-season games and had 105 goals and 195 assists. He also appeared in 52 playoff games. 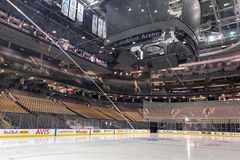 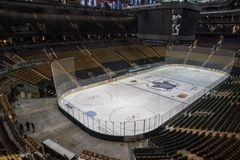 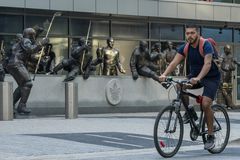