After spending a season with a rotating cast of wingers, Vancouver Canucks centre Bo Horvat is looking forward to a little consistency.

“Last year, with injuries and stuff, playing with pretty much everybody and every combination you can think of, it was tough to get chemistry,” Horvat told reporters on Tuesday.

“Being together with guys for a long period of time, you know each other’s tendencies and where we’re going to be on the ice. And I think [consistent linemates] would be huge for my game and help the team out as well.”

Vancouver finished last year with a 35-36-11 record, missing the playoffs for the fourth season in a row. But some big roster changes have ignited new hope.

“I think our team’s better than it was last year,” said coach Travis Green. “I think we’ll be better equipped in a lot of areas.”

With the Canucks set to open training camp in Victoria on Friday, exactly who will skate alongside Horvat and last year’s star rookie Elias Pettersson remains to be seen. But Green is looking forward to having options.

“I would love to have set lines from day one right through the whole season. That would be a coach’s dream. And that usually means you win a lot of hockey games,” he said.

Benning has previously said jobs are on the line this year, and he’s already spoken to the club’s owners about the possibility of sending some big-ticket players to the club’s American Hockey League affiliate in Utica, N.Y., if necessary.

Defence Troy Stecher is embracing the challenge of increased competition.

“With the additions we made, obviously I think playoffs is a huge focus for our group,” he said. “Any time you can add depth and make your team better in the long run, I think it’s going to make every individual player better as well. Friendly competition is a good thing. It pushes you to be better and pushes you to be at the top of your game at all times.”

Many of the new additions are big bodies who are expected to help ease Vancouver’s scoring woes. The Canucks finished last season with 225 goals for, good for 10th in the Western Conference.

Miller put up 47 points for the Tampa Bay Lightning before he was dealt to the Canucks at the end of June. Myers – who signed a five-year, US$30-million deal on July 1 – had 31 points for the Winnipeg Jets last year.

“I think last year we didn’t get to the net. We weren’t big and strong enough to get to the net,” Benning said, adding that the squad needs more “dirty goals” from rebounds and deflections.

“We need to score more goals, but I think we’ve added players that can get to the net, defencemen that can get pucks through to score the goals. So that’s kind of our plan.”

The newest Canucks are eager to chip in. Miller has already skated with both Horvat and Pettersson and is “big fan of the way they play.”

“I think the biggest thing is how well-rounded the team is now,” he said. “Obviously as a guy on another team, you see how much young talent this team has and how hard they were to play against last year. So I’m really excited to bring to the table what I can and get everything going here.”

Pettersson, who was crowned the NHL’s rookie of the year last season, is looking forward to his sophomore campaign, too.

“I think coming into last year, I didn’t know maybe how I would do and teams weren’t paying that much attention to me,” he said. “But I think that will change now and I know what I’m heading into.”

The 20-year-old led the Canucks in scoring last year, tallying 28 goals and 38 assists in 71 games en route to winning the Calder Trophy as rookie of the year. Knowing that he wanted to play a full 82-game regular season this year, Pettersson spent his summer working on conditioning, and getting stronger and faster with his strength coach.

Still, the Swedish centre doesn’t have any specific goals heading into the year, saying instead that he just wants to play his best hockey.

“I’m never satisfied,” Pettersson said. “I want to get better every day. I want to win and do my best to help the team to win.” 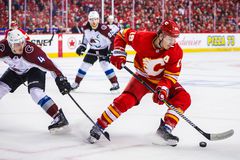 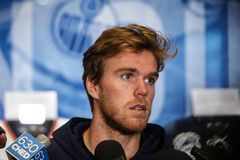 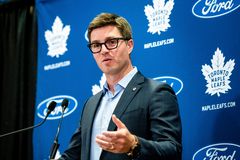